Welcome to the first day of 2H2020, everyone — offering faint hope of a new start after a period in which the (only?) winners globally appear to have been investors in US equities, as Wall Street closed yesterday its best quarter in more than 20 years. The Dow and S&P have trimmed their losses for the year to single digit percentages, while the Nasdaq is now up 12% since 1 January (which feels like what … three years ago?). Closer to home, the EGX30 is down 22.9% year-to-date.

It’s also the first day of the state’s new fiscal year, with electricity prices set to rise 16-30%, a new 1% surtax on all employee salaries expected to go into effect for one year, and a 14% rise in pensions becoming effective this morning.

Don’t look now, but there’s another virus brewing in China with pandemic potential — and it could be a nasty one. Top US virus expert Dr. Anthony Fauci warned yesterday that there is an emerging strain of swine flu found showing similarities to H1N1 and the 1918 flu, which he said health officials are “keeping a close eye on.” The strain — dubbed G4 EA H1N1 — hasn’t yet been detected in humans but shows the potential for “reassortment capabilities” that could see it mutate into a contractible virus, MSNBC reports. It’s not “an immediate threat where you're seeing infections, but it's something we need to keep our eye on,” Fauci said.

What to do is simple enough that even a first-year analyst can model it: “We find a national [facemask] mandate could … cut the daily growth rate of confirmed cases by 1.0pp to 0.6% … a face mask mandate could potentially substitute for lockdowns that would otherwise subtract nearly 5% from GDP,” Goldman Sachs writes, speaking to the situation in the United States.

On a much brighter note: Our international airspace officially reopens this morning, allowing regularly scheduled commercial flights in and out of the country for the first time since the government imposed a ban in March.

The first EgyptAir flight taking off from Cairo today is heading to London, Al Masry Al Youm reports, citing an unnamed source at Cairo International Airport. The flight is expected to depart at 9:10am with 265 passengers on board. EgyptAir has 25 active destinations as of this morning, with six more scheduled to start between 8 and 15 July. Not on the list: Turkey, where flights are unlikely to resume before August, Masrawy reports, citing aviation ministry sources.

Egypt is the #1 destination for Emiratis looking for a post-lockdown holiday, according to data provided by travel search engine Wego, the National reports. Would-be holidaymakers are mostly searching for bookings to Egypt, while India, the Philippines, Turkey and Sudan rounded off the top 5, the company said.

If you’re not a citizen, you’re not headed to the EU anytime soon. Egypt isn’t on the final list of 14 countries whose residents will be allowed into the Schengen area, which is starting to reopen to outside visitors today. The main criteria for inclusion on the list is an infection rate below 16 per 100k people and a declining new case rate.

Don’t worry, you won’t be rubbing elbows with the Griswolds if you are indeed able to make it to Europe. The US has also been left off the list.

PSA- You’re off work tomorrow as Egypt observes the anniversary of the 30 June Revolution. We’re off, too, but will be back in your inboxes at the appointed hour on Sunday morning. Enjoy the break, everyone.

PSA #2- State banks and the Egyptian Exchange are closed today and tomorrow.

News triggers coming up in July:

The Health Ministry confirmed 81 new deaths from covid-19 yesterday, bringing the country’s total death toll to 2,953. Egypt has now disclosed a total of 68,311 confirmed cases of covid-19, after the ministry reported 1,557 new infections yesterday. We now have a total of 18,460 confirmed cases that have fully recovered.

CBE extends tenor of special tourism loans to three years: Hotels, tour operators, restaurants, and tourism transport companies can now apply for credit facilities with a tenor of three years (including a one-year grace period) to pay wages, commitments to suppliers, and maintenance, the Central Bank of Egypt (CBE) said in a circular to banks. The CBE had originally allowed the hard-hit companies to obtain soft loans with a two-year tenor when it launched the pandemic relief initiative in March. The initiative came as part of a EGP 50 bn tourism support package the CBE deployed last year.

Restaurant and cafe owners don’t want the government to permanently shorten their opening hours: Some eateries want to be allowed to remain open until midnight once covid-19 restrictions are fully lifted, Cairo Chamber of Commerce Vice President Sameh Zaki tells Al Mal. The government has tasked the Federation of Egyptian Chambers of Commerce with running a survey among retailers and eatery owners to gauge their opinions on plans to permanently impose a closing time of 9pm for shops and malls, and 10pm for restaurants and coffee shops, according to Zaki. Retailers are reportedly happy closing their doors anytime between 7pm and 9pm.

Masks will be made available to citizens with ration cards starting this month, with the Trade Ministry aiming to distribute 19 mn masks by the end of July, according to a statement. Each ration card holder will be entitled to two masks per month.

Huawei has donated 10k masks to Egypt’s National Press Authority to distribute among local media offices, according to a statement.

The US could soon see 100k new covid cases a day, White House coronavirus advisor Anthony Fauci warned yesterday. The news is front page on both sides of the Atlantic this morning.

US bankruptcy filings surged to a seven-year high as more than Over 3.4k companies filed for Chapter 11 protection under US law between the start of the year and 24 June, reports the Financial Times. This is the highest number since 2013, in comparative terms, and teeters very close to the 3,491 filings during the full first half of the 2008 crisis year. Among those filing were Canada’s Cirque du Soleil, car rental giant Hertz and shale drilling pioneer Chesapeake Energy.

Shell running massive asset impairment test: Royal Dutch Shell could slash by up to USD 22 bn the value of oil and gas assets it believes have been impaired by the pandemic’s blow to energy demand, Reuters reports. Plans to write down the value came after the fuel giant cut its forecast for energy prices through 2023 as it expects a slow recovery post-covid. 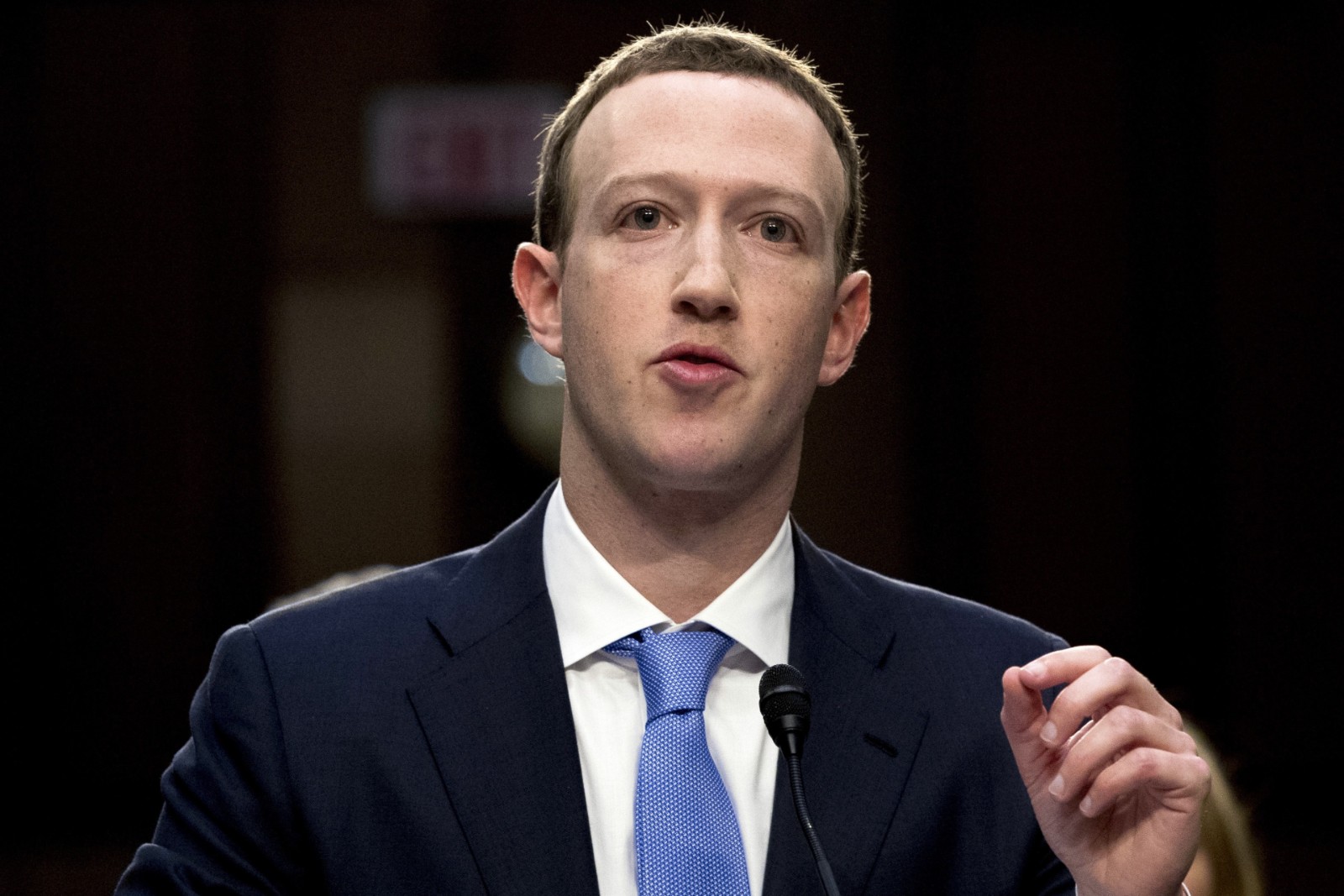 Adidas, Reebok, Clorox, Conagra, Denny's and Ford have joined the ranks of big businesses boycotting Facebook advertising after Founder Mark Zuckerberg’s attempts to spread oil on troubled waters did little to satiate the #StopHateForProfit campaign, according to CBS News. So far, over 100 brands have pledged to boycott the Facebook (and, in many cases, other social media platforms), causing Facebook’s shares to drop more than 8% last week. Also on the full list of known boycotters: Starbucks, Levi’s, Hersheys, Unilever, Coca-Cola, and Verizon.

Microsoft also pulled its Facebook ads, but said the decision was unrelated to the campaign, according to Axios. Microsoft suspended ads in May after seeing them come up next to inappropriate content such as hate speech and terrorist content. The news comes days after the tech giant said it was permanently closing its retail stores.

Almost a third of the world’s biggest brands might suspend spending on social media, according to a survey by The World Federation of Advertisers (WFA), reports The Financial Times. Don’t give them too much credit, though: It’s an easy way to turn budget cuts into an easy “earned PR win.”

China approved its controversial national security law for Hong Kong yesterday, which will require the city to form a security committee responsible that answers to the government in the mainland, the Associated Press reports. The move threatens the city’s status as Asia’s financial capital, the FT’s James Kynge writes.

Uber is finalizing talks to acquire food delivery start-up Postmates, as the latter is ramping up preparations for an IPO. The ride-hailing giant was looking to acquire delivery rival Grubhub, but Europe’s Just Eat takeaway beat it to the punch weeks ago, the Financial Times reports.

India could join 5G boycott of Huawei: India could block Chinese tech giant Huawei from getting involved in the rollout of 5G infrastructure, only months after giving it the green light to participate in trials, CNBC reports. The news comes amid increasing tensions between the two Asian powers: military skirmishes on the contested border have become increasingly frequent this year while Delhi announced on Monday that it would ban almost 60 Chinese apps including TikTok on grounds of national security.

In today’s issue: Despite all that’s happening with covid-19 (or maybe in spite of it), 2020 is the year Egypt will begin issuing its first green bonds. On deck first: Our friends at CIB. In conversations with CIB and the Finance Ministry, we explore details of the issuance, and how they might work during the covid-19 crisis. We also look at how the government plans to push ahead with its own green bond issuance and how the instruments might be the harbinger of further debt diversification.