True to their conservative nature, CFA holders are banking on slower recovery 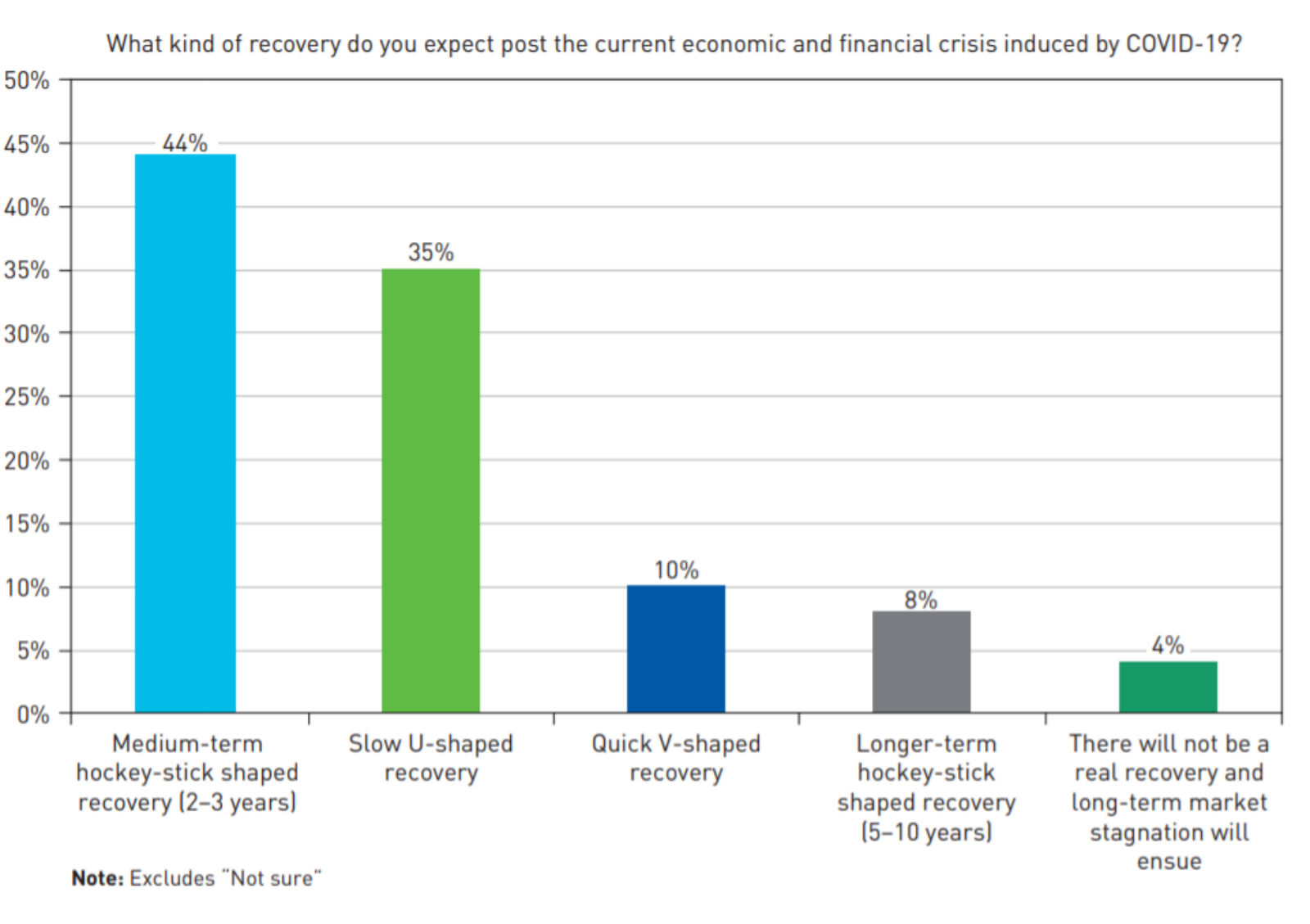 True to their conservative nature, CFA holders banking on slower economic recovery: Chartered Financial Analyst (CFA) certificate holders expect the post-covid recovery to either be hockey stick-shaped or U-shaped, according to a report of the survey results by the CFA Institute. As many as 44% of the respondents expect the former scenario, which implies a medium-term rebound, while 35% are pricing in the latter, which is tantamount to a slow-paced comeback. Another 10% still seem to think that a quick and robust V-shaped recovery — which some expected in the earlier stages of the crisis, but has since been widely seen as unlikely — could be in the cards.

CFA holders based in the Middle East agree, with 46% expecting a hockey stick, 33% penciling in a ‘U,’ and 9% banking on a ‘V.’ Most respondents applauded central bank intervention, but remained split on whether this should continue or if it’s time for the invisible hand to take over.

Long-term impact: Large-scale bankruptcies were shown to be the most concerning long term risk posed by the deterioration of market condition due to the pandemic, with 39% of the survey respondents expecting institutions to run out of money. Over a third (38%) expected companies to be forced to speed up operational automation and increase reliance on outsourcing to save costs and 34% see large-scale consolidations taking place on the longer term.

Also, as many as 33% expect the long-term to drive a wedge between emerging and developed markets and drive them further apart. One explanation is that liquidity in EMs has most likely dropped as three-quarters of the CFA respondents believe it to have suffered more than in developed countries.