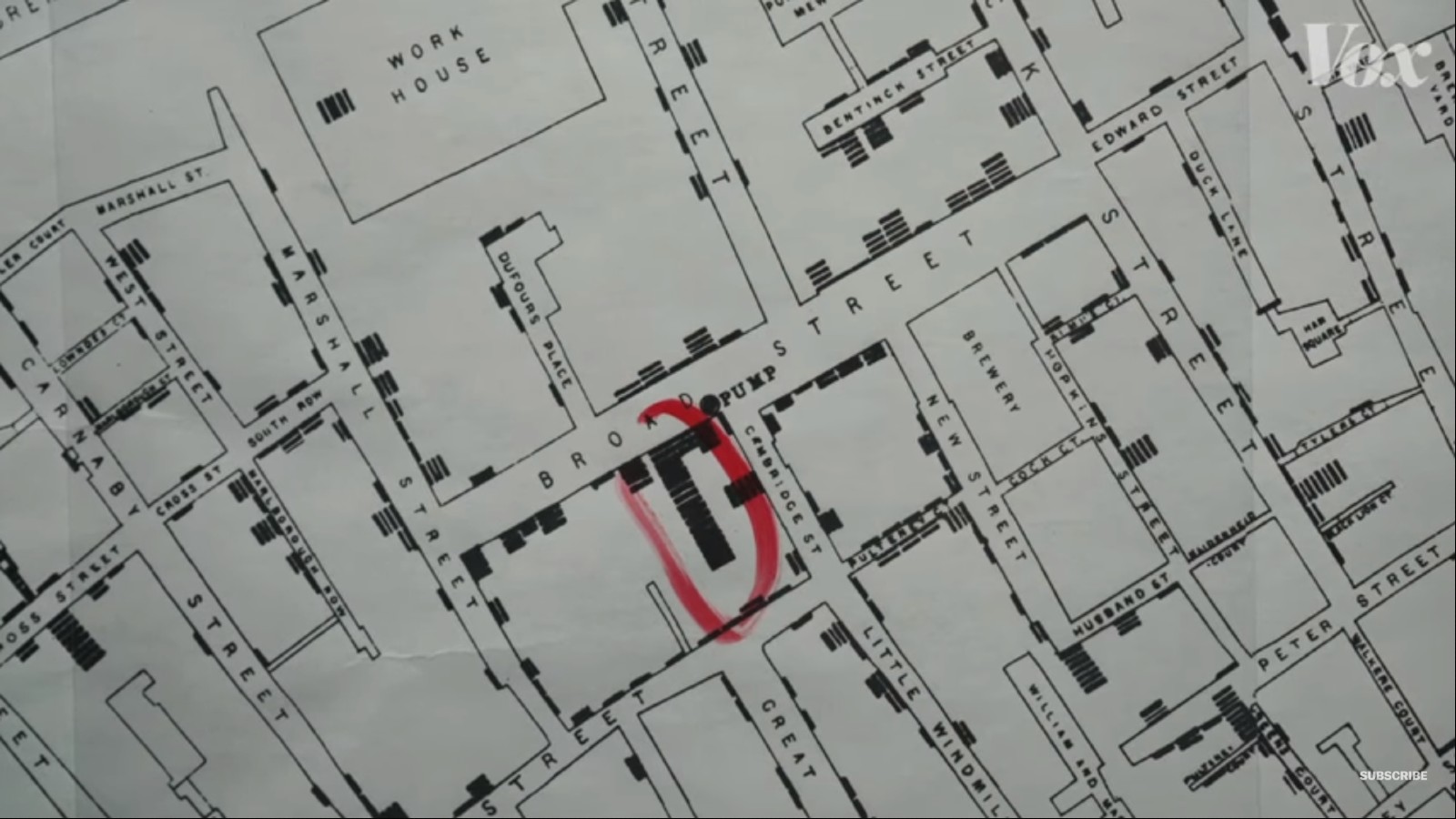 How a water pump changed the way we understand the spread of diseases: When cholera outbreaks became rampant in the UK in the 1800s, doctors and scientists believed the disease traveled in a miasma or a cloud. In 1854, Dr. John Snow (no relation to the King of the North) hypothesized that contaminated water was a leading cause of the disease’s transmission, which he traced to a water pump on Broad Street. He created a map of the area complete with all the fatalities and infections to back his findings, which eventually led to the containment of the outbreak. The Broad Street Pump Map is now a case study for modern day epidemiologists and has changed the way we fight outbreaks. This episode of Vox Almanac deciphers the map (watch, runtime: 6:36).