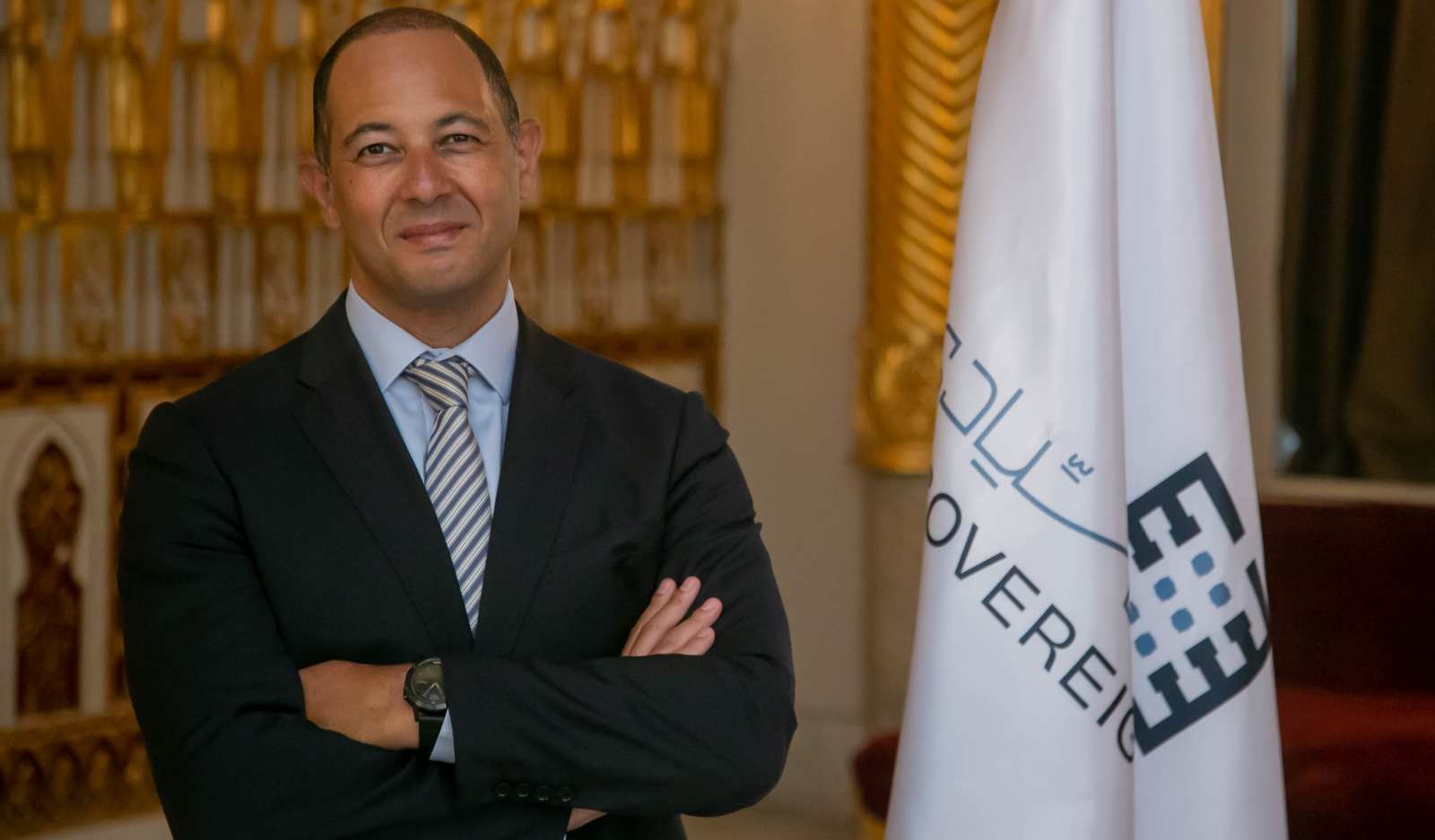 MOVES- Meet Abdalla ElEbiary, the new chief investment officer of the Sovereign Fund of Egypt: The covid-19 crisis has shifted the calculus for nationstates and investors alike, with many having to shift gears on both long-term and short-term investments. Egypt is no different. But while worrying about the short-term is essential, it is almost equally important to not lose sight of the long-term goals that will position us to better take advantage of the recovery. That’s precisely what the Sovereign Fund of Egypt (SFE) hopes to do, and you can see that in the transactions it has so-far disclosed. The SFE signed an MoU last month with New York-based Concord International Investments to set up a joint venture to manage a USD 300 mn healthcare fund focused on Egypt and the Middle East, while also expressing interest in logistics and transportation projects. This is in turn balanced by long-term transactions in sectors that are underperforming during covid-19 today, such as tourism with the Bab El Azab revamp. As the SFE’s role in this balance becomes more crucial during the crisis, having the right CIO is important.

Enter our friend Abdalla ElEbiary, who many readers may remember from his time with private-equity outfit turned investment company Qalaa Holdings. He’s no Nostrodamus (as much as we may feel like we’re living through a film based on some Nostradamus fever dream). But he is someone who knows private equity and balancing long-term risks and rewards, having joined Qalaa in the early days after a run at at the investment banking division of Meryll Lynch.

In his first interview since his appointment, ElEbiary discusses what the role of the SFE is during the crisis. He walks us through how best to navigate it, and how best to position Egypt for a recovery. He also updates us on the fund’s strategy, the status of key transactions, his ideal investment scenario, and what investors want to get out of Egypt in these times.

Edited excerpts from the interview:

What’s the role of the SFE during the crisis? In general, the fund’s goal is to enhance investment in Egypt and maximize the value of public sector assets for future generations. In a perfect scenario, a consortium of local, regional, and international investors would be assembled, some bringing operating experience and specific technical knowhow, to join forces with the SFE to refurbish or add value to a public sector asset. The partnership would result in a successful transaction, with generous, private-sector targeted returns for investors, sustainable development, and knowledge and management transfer to the Egyptian economy, says ElEbiary. “That scenario would hit all my high notes.”

Covid-19 has meant refocusing on healthcare, food and food security, logistics and infrastructure during the crisis period. The SFE already announced its intention to do this, says ElEbiary. “Globally, the pandemic has highlighted the need for more healthcare investments, and I think Egypt would benefit from this.” It’s also demonstrated the importance of food security, part of which comes from solid and uninterrupted supply chains. The SFE is emphasizing partnerships and investment projects that tackle these specific industries, launching a healthcare fund, considering setting up strategic medical warehouses, and planning other investments that will be announced in due course, he adds.

But creating long-term value requires a long-term investment outlook, so hard-hit key areas like tourism won’t be overlooked either. Private equity as a vehicle has a 7-10-year investment horizon, but the SFE takes an even longer-term view, says ElEbiary. “We need to make the right fundamental investment decisions, not based on anomalies or where we are in the business cycle.” Tourism, specialized real estate projects, and hospitality management are sectors where Egypt has a strategic advantage, so it’s important to continue investing in them, even if they’re temporarily hit by covid-19. So developments like the recently announced Bab El Azab revamp or developing the Mugamma El Tahrir are long-term projects that will take years rather than months, and ultimately add value to the Egyptian economy in a sustainable way.

We’re also looking to monetize the fruits of previous long-term investments that are garnering investor interest. The government’s investment in infrastructure projects from 2016 onwards has built up Egypt’s economy so it continues to attract investors. Projects like the Siemens-built combined-cycle power plants, and the construction of desalination and wastewater treatment plants are large-scale, successful initiatives that are attracting interest from local, regional and international investors, says ElEbiary. Now it is time to monetize these projects, he adds.

SFE transactions including sale of the Siemens power plants and the potential listing of Armed Forces companies are still on the table, but details are limited. All of these projects are moving forward, says ElEbiary, but they are ongoing processes, so there’s a limit to how much information can be disclosed. Investors have expressed interest in the Siemens plants, and discussions with others about buying shares in army-owned companies are expected to take place “in the very near future.” The Bab El Azab project agreement was signed in early June, and now developing the plans and structure of the investment is the priority, before securing the right investors and setting the budget, he says.

The SFE’s partners should expect returns that are in line with the private sector, says ElEbiary. Investors should also expect ROIs in line with market performance, especially as Egypt’s country risk keeps coming down over the long-term. A fund’s ROI needs to be measured against its lifecycle, which is typically 7-10 years, says ElEbiary. Thanks to the devaluation, the IMF program, subsidy cuts and other measures, Egypt has taken important steps to improve the government balance sheet, and its risk-adjusted return keeps decreasing. All this helps to make Egypt’s investment climate more attractive.

And the SFE’s current focus of capital and resources on specific sectors, as well as its ESG plan, align with global investor priorities. Sustainable development and having environmental, social and governance (ESG) criteria for projects doesn’t necessarily mean you should expect them to yield returns lower than private sector-targeted returns, ElEbiary emphasizes.

What also helps? The SFE is designed to be as agile as a private sector entity: The SFE has been set up to work and undertake transactions like a private sector outfit, meaning it is flexible to move as rapidly as possible, says ElEbiary. The people who work there are dynamic and responsive, and all are aligned in wanting the best for Egypt and wanting to act quickly. The first item on the agenda when he settles into the role and checks on safety protocols is some organizational housekeeping, he tells us. It’s about making sure the right people are sitting round the table and they have the right hiring policy in place to continue attracting top talent.

Whatever shape the recovery will take, the SFE has to lay the groundwork for it: Whether we’re set to see a V-shaped, U-shaped, or W-shaped recovery is very difficult to judge and will depend on global trends and how the pandemic changes, says ElEbiary. The IMF has said that for the first time since the Great Depression, both advanced and emerging market economies will be in recession in 2020, so it really becomes a question of who can best weather the storm and rebound the fastest. “The post-2014 economic reform, the pipeline of transactions we are developing in multiple industries, are all testament to how solid the Egyptian economy is today,” he adds. Though they have a long list of prospective investments and partners, it’s relatively easy to prioritize some investments — which could be quick wins — and put others on the back burner, in response to the ups and downs of the market. “This is not a one or two-year race, or even a ten-year race. This is a much longer race than that,” he says.

You can catch the rest of the interview here, in which ElEbiary talks about expectations on the M&A and IPO fronts for the coming period — and why the SFE is fundamentally not about crowding out the private sector.