Egypt, Southern Africa were the two bright spots in Africa last year as FDI dipped across the continent 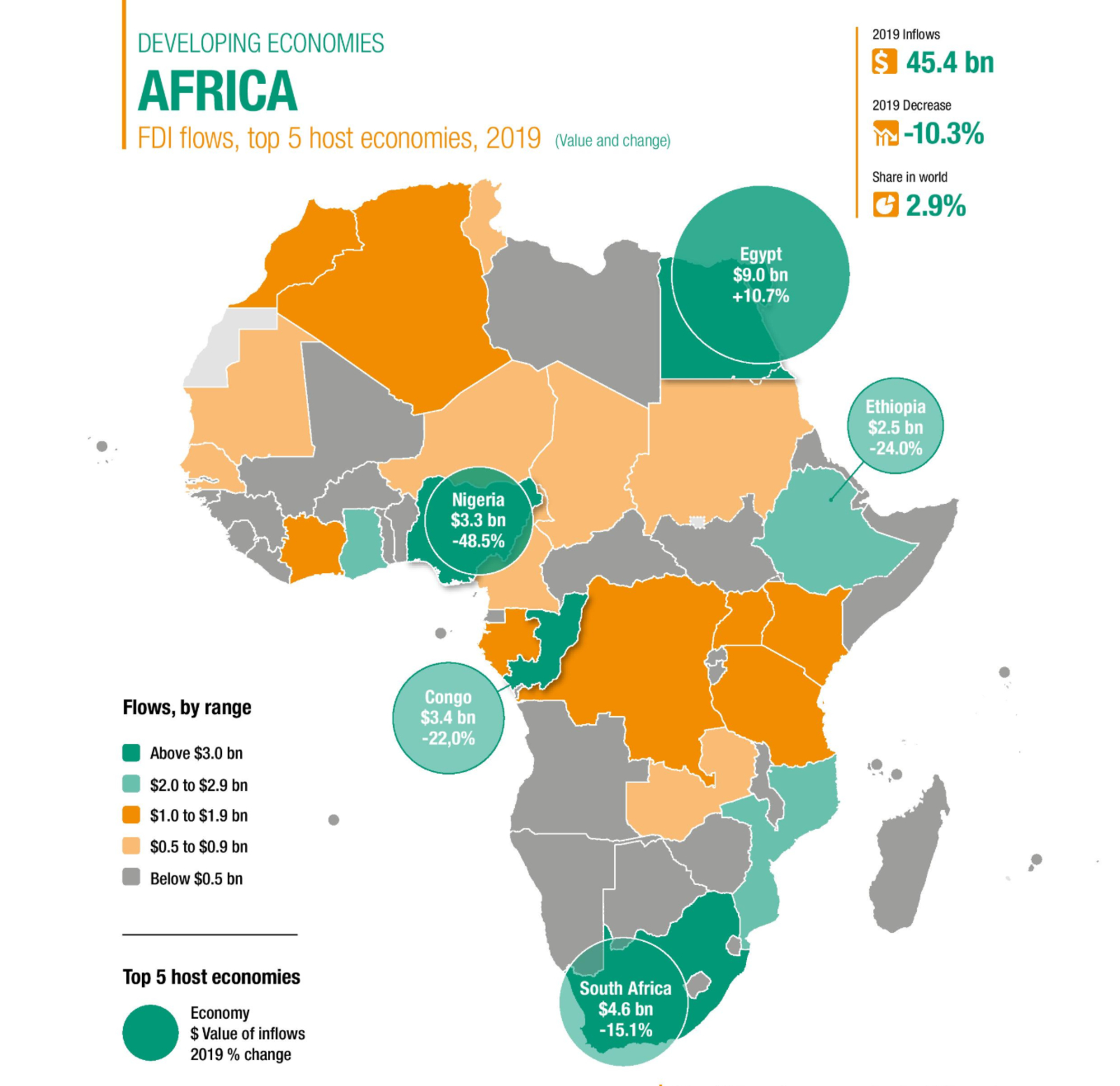 Egypt, Southern Africa were the two bright spots in Africa last year as FDI dipped across the continent: Egypt remained the top recipient of foreign direct investment (FDI) in Africa last year, with inflows rising 11% y-o-y to USD 9 bn, according to UNCTAD’s 2020 World Investment Report (pdf). Egypt’s rising FDI receipts bucked the downward trend in the rest of Africa, which saw a 10% y-o-y drop in inflows to USD 45 bn last year. Southern Africa stood out as the continent’s only subregion with higher FDI flows in 2019 (+22%) but the report notes that this uptick was mainly driven by a slowdown in net divestment from Angola, as inflows to the region’s largest economy, South Africa, decreased by 15% in 2019.

The downtrend preceded covid-19, but the pandemic is likely to continue weighing on FDI prospects for the continent this year. The first quarter of 2020 already saw a notable dip in greenfield investment, with the value of these projects taking a harder hit than their volume. Monthly cross-border M&A targeting Africa also plummeted 72% in April. UNCTAD now projects a 25-40% drop in FDI this year, particularly as GDP forecasts have been slashed from 3.2% growth to a 2.8% contraction in 2020 as investment projects are being put on ice due to the economic uncertainty surrounding the pandemic. The report sees investments in aviation, hospitality, tourism, and leisure — which accounted for 10% of the USD 77 bn-worth of greenfield projects last year — being affected more than other industries.

A beacon of hope: Even with global FDI expected to nosedive 40% in 2020 and fall another 5-10% next year, UNCTAD sees a rebound in the cards in 2022 — but still notes that the outlook is “highly uncertain.” The recovery will be led by a restructuring of global value chains “for resilience, replenishment of capital stock and recovery of the global economy,” the report says. In the meantime, UNCTAD stresses that focusing on investing in developing infrastructure and domestic resources in Africa will help make individual countries more resilient.