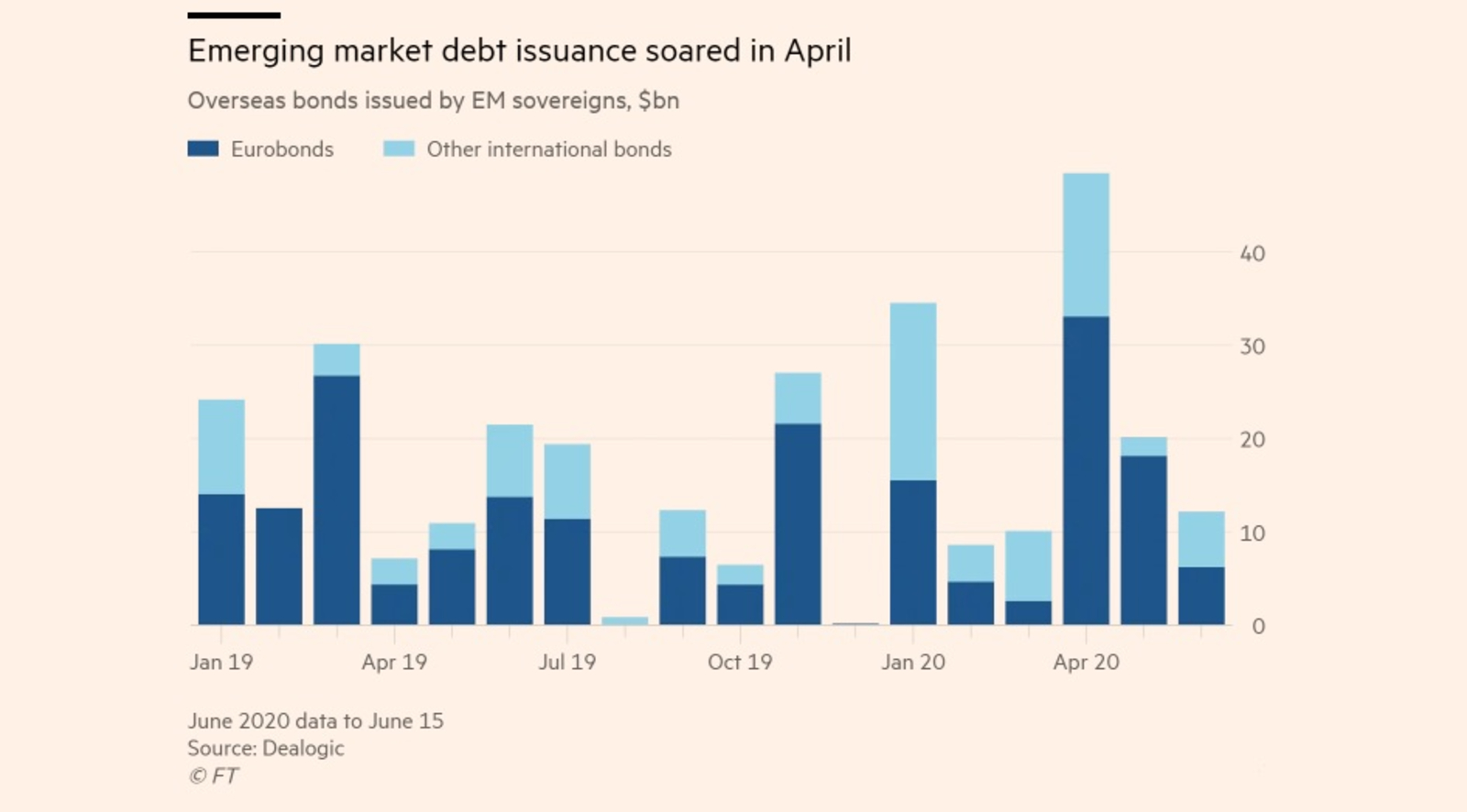 Shrugging off debt relief initiatives, developing countries continue tapping global debt markets to plug covid-19 financing needs: Developing countries are piling on more debt to finance the deficits they face as a result of the covid-19 pandemic, rather than opting for potential restructuring of their existing debts, according to the Financial Times. Emerging markets’ renewed appetite for sovereign debt issuances comes despite the G20 and the Paris Club, among others, looking at introducing a debt moratorium for poor countries. However, with markets normalizing and investors’ risk appetite rising, EMs are resuming business as usual with their sovereign debt issuances. Since the beginning of April, emerging markets have raised some USD 83 bn from the international bond market — a stark departure from March, when investors dumped the same amount in debt and equity, according to the International Institute of Finance.

Egypt is among the EMs that has recently returned to global financial markets: Last month, Egypt sold USD 5 bn in eurobonds in its largest-ever international issuance, which was 4.4x oversubscribed, the Finance Ministry said at the time. The record issuance saw solid appetite among investors, attracting bids around 4.4x the amount on offer, despite Egypt being classified as “non-investment-grade,” according to the salmon-colored paper. Other similar countries that have raised bonds recently include Guatemala, Paraguay, Serbia, Albania, and Brazil.

That’s not to say debt is always bad: “People have railed too much against debt and the result has been stagnation … The legacy of not taking on debt is excess savings, which has been terrible for the world,” says Oxford Economics head of macro research Gabriel Sterne. Debt service costs are currently lower than during previous debt crises, creating a “reasonable” environment for a ramp-up in borrowing among developing countries that have a strong enough foundation to raise their debt-to-GDP ratios, Sterne says.