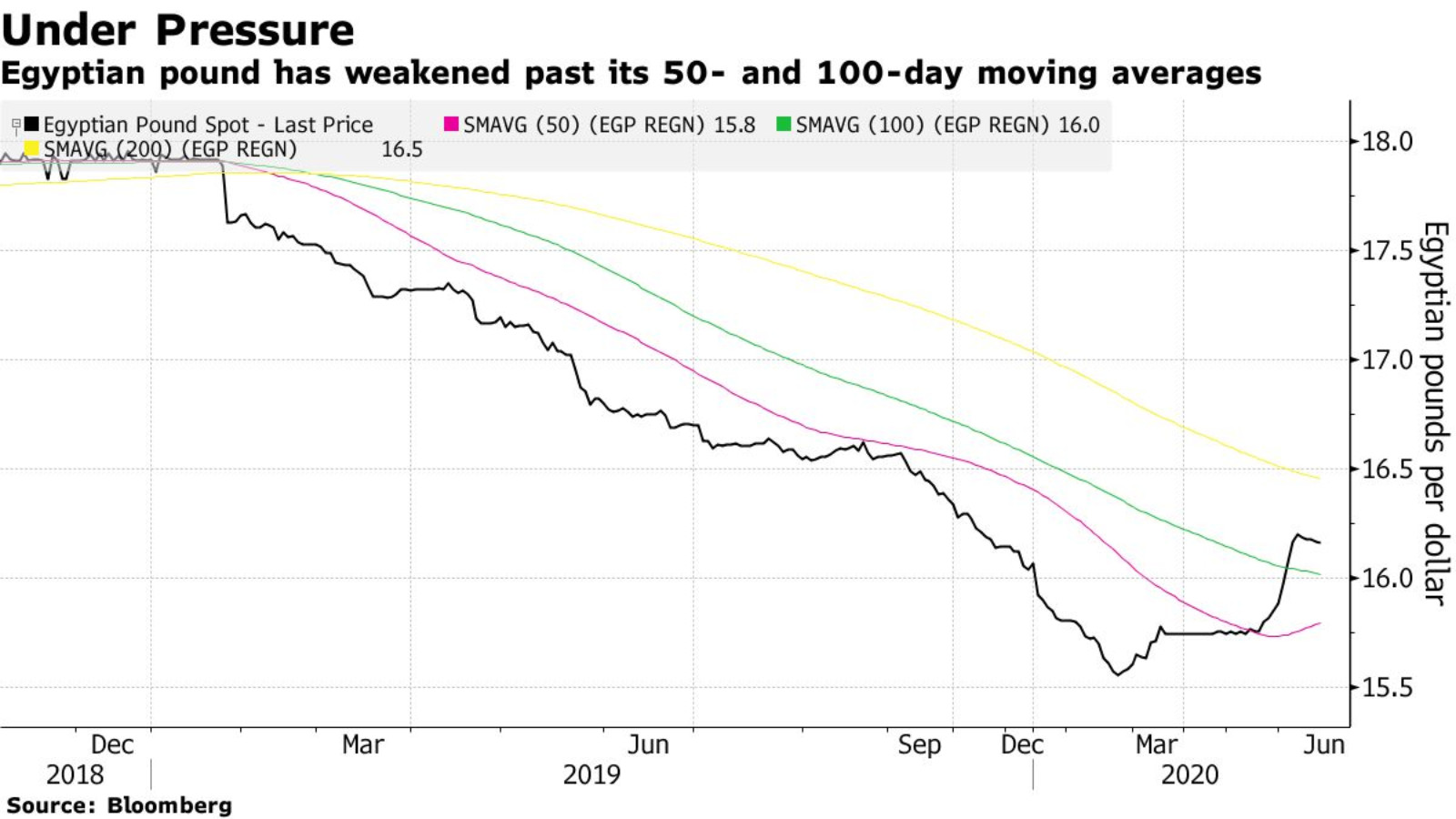 Portfolio investors warming to Egypt as EGP proves more flexible: There are signs that foreign investors may be warming to Egypt after the EGP eased a bit against the USD, Bloomberg reports, writing that “a stable currency and elevated interest rates have kept Egypt’s bond market humming for months” and suggesting that a more flexible EGP could “keep investors coming back for more.” Over the past month, the currency has returned to where it was seven months ago, easing a little over 2.8% since 17 May after holding steady at around EGP 15.68 / USD through the worst of the covid-inspired market chaos in March.

Signs of recovery: The subscription rate at recent Treasury auctions has seen a “sizeable jump,” indicating renewed investor appetite for local-currency debt, according to Naeem Holdings. Foreign holdings of local-currency bonds had plunged by around 60% to USD 9-10 bn by the end of May as investors pulled an unprecedented amount of capital from emerging markets during the covid-inspired market tumult.

Foreign investors had been looking at “substitutes” to Egypt, which has long held on to its emerging markets darling status, the business information service writes, as the EGP maintained its strength through the covid-19 crisis. Egypt’s local-currency bonds rank among this month’s weakest performers, bettering only Argentina, Colombia and Chile. “Markets that investors view as substitutes to Egypt have more flexible currencies,” Bloomberg quotes Richard Segal, a senior analyst at Manulife Investment Management, as saying.

Where is the EGP heading? Analysts see the currency at anywhere between EGP 16.50 and 17.50 to the greenback by the end of the year, as do 25% of readers who responded to our covid-19 poll. EFG Hermes is calling EGP 16.50–17.00 by year-end after “a clear signal from the central bank that its support to the EGP amidst the unprecedented capital outflows in the past two months is being withdrawn.” Emirates NBD is guiding for 17.00 and HSBC is suggesting we’re looking at 17.50 by year’s end. JP Morgan, meanwhile, says that “external support should prevent disorderly FX movement, but it would not be surprising to see the EGP give up the gains made in 2019.”