Faced with rising costs, private schools are clashing with parents over tuition fees increase in the upcoming academic year 2020-21 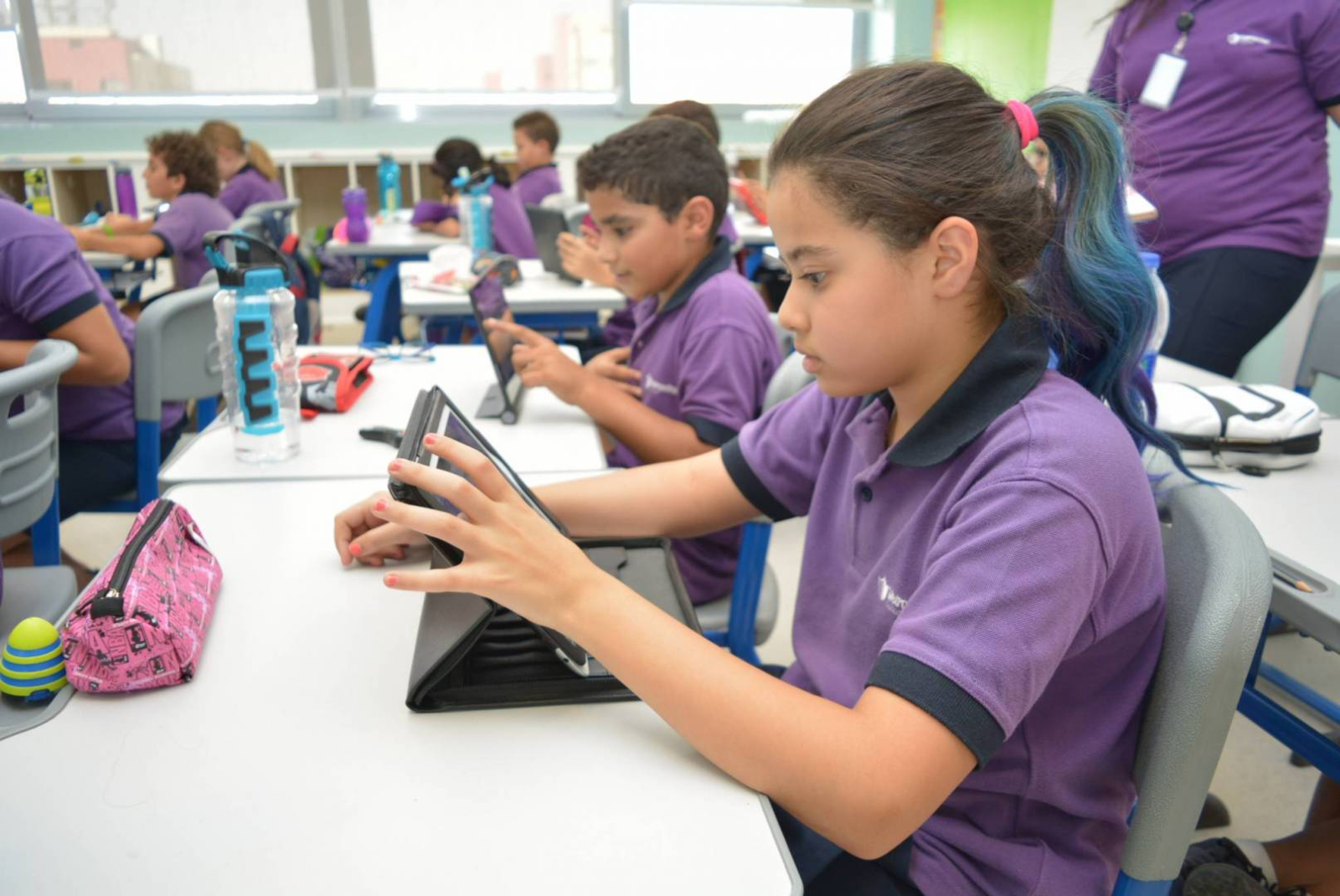 Faced with rising costs, some private schools are pushing for higher fees next year, to the chagrin of parents and MPs: The prospect of implementing blended learning next academic year and the accompanying costs have pushed some private national schools to demand overdue fees and request that parents begin paying early installments for the 2020-21 academic year. Now some of them are suggesting that the government consider raising the tuition hike cap. Parents, who have been lobbying the government and the House of Representatives to defer installments on this year’s fees, have reacted by redoubling their efforts to block aggressive moves to collect fees. Lawmakers have responded in kind, suggesting a push for greater ministerial control over school finances.

But not all private schools agree: Top tier private and international schools (who charge more on tuition) do not agree with locking down next year’s tuition early and raising tuition prices beyond 7%. They appear to be taking the opposite approach of continuing to provide payment facilities to parents and continue to invest in providing higher quality education. Not surprisingly, they’re getting a very different reaction from parents.

Since we last covered the story, the dispute over school fee relief for the academic year now ending has extended to the 2020-21 year — and has escalated. Parents at private schools had requested a deferment of at least 15% of total 2019-2020 tuition fees and a refund of some services that their children did not receive during the lockdown, including bus fees and activities. However, the uncertainty surrounding the new academic year has pushed some national private schools to seek early and higher payments for the 2020-21 academic year, the deputy chairman of the Private Schools Owners Association Badawy Allam told Enterprise. Parents’ groups on social media have alleged that some schools that are demanding early payment are raising the price of total fees (though not tuition, which is regulated by the ministry). Others are offering discounts of 10-20% of total fees if they make down payments in May and June, El Mandouh El Husseiny, who heads up the Private Schools Owners Association, tells us.

Some schools are now requesting that the ministry explore allowing them to raise tuition beyond the 7% it allowed last year to keep up with the costs of blended learning. “We are looking to hold a meeting with the Education Ministry to implore them to factor in the added costs of blended learning when deciding on tuition fees,” El Husseiny tells us. He made sure to note that the request will not be made on behalf of top tier international schools, which he previously said make up around 260 of the 8k private schools operating in Egypt.

How much is blended learning going to cost private schools next year? Schools across all tuition tiers are expected to see an 8-10% increase in costs associated with implementing blended learning, El Husseiny tells us. Officials at international schools tell us that those costs could be in excess of 10%. International schools have to bear the cost of paying foreign teachers in USD, so they have to incur FX losses from any depreciation of the EGP that results from covid, one school owner tells us. That alone could see an international school’s costs rise 10-12%, as salaries can make up around 70% of a school’s expenses.

There’s the costs of sanitizing the schools: Schools must be ready to disinfect students every morning and buildings every night, Allam said. He noted that his schools bought disinfection gates that cost him EGP 25k/unit. To avoid long lines at gates, he had to buy several of them. Other schools opted for more expensive gates that could cost up to EGP 200k. On top of this, the cost of disinfecting buildings on a daily basis cost Allam EGP 10k per day.

…and the costs of maintaining safe distances on-site: Schools with higher density, however, may be forced to take more radical solutions, including building new classes to maintain safe distancing, Allam said. Otherwise schools may have to let students go, which they legally cannot do. That means they will need to look for land and pay for further construction.

E-learning comes with its costs as well: Teachers will be paid for longer hours as they work at schools and at homes, and the schools will have to invest in faster internet packages with higher data caps, Allam explained. Savings made from not having run school facilities get eaten up by running online and in-class lessons in tandem, CIRA CEO Mohamed El Kalla told us. While a school can save 2-3% from not operating a facility, “running an online platform and school at the same time will result in at least a 4% increase in costs,” he added.

Nonetheless, parents have taken to social media and are pushing policymakers to address fee hikes and early payment requests. They’re also continuing to lobby for a deferment of this year’s fees. Egyptian Mothers Federation founder Abir Ahmed told Enterprise that they are trying to bring in the ministry to intervene to cap the tuition fee increase and put a clear timetable for installments in consideration of the parents’ financial situation that has been severely hit by the pandemic.

Now MPs are calling for greater supervision of private school finances to guard against a potential hike in tuition. Rep. Tarek Metwally requested a talk with Education Minister Tarek Shawky over the dispute, he tells us. Metwally proposed a regulatory framework that would give the government access to private schools’ bank accounts to ensure that they abide by the annual increase rate.

In a world where no one wins, a collaborative approach by top-tier private and international schools is going a long way towards diffusing a tense situation. “We’re working to give parents an improved payment structure or installment plan compared to what we have going right now,” GEMS Egypt CEO Ahmed Wahby tells Enterprise. GEMS is leveraging its connections to financial institutions, especially with EFG Hermes, to help its customers make payments. “We’ve also been working with Payfort, Klickit, and CIB to help parents get longer term financing at better rates,” he tells us. Meanwhile, CIRA is allowing parents who haven’t yet paid the second or third instalments to do so over the next 5-6 months, El Kalla tells us. It is worth noting that a number of mid-tier schools have been making similar offers to parents working in hard hit sectors, such as tourism, according to Allam.

They’re showing a willingness to take a short-term hit for a long-term gain, with some opposing raising tuition caps next year. “At this point in time, I wouldn’t suggest giving schools the flexibility to determine tuition increases themselves because of the economic situation,” said El Kalla. “I would keep the same cap moving forward as it is in line with inflation,” he added. Wahby agrees. “If we take into consideration the context of the times, this is not the right time to try to raise tuition fees beyond the cap, for sure. I recommend keeping it as is. let us be as fair as possible to parents.”

Schools want to be included in discussions — and for the ministry to allow schools some degree in flexibility when implementing blended learning. “I would urge the ministry to hold a proper stakeholder consultation with different tiers of schools before they make a decision on the tuition cap increase next year,” said El Kalla. “There is no one size fits all approach when it comes to schools, so the ministry has to recognise the variety in how schools operate,” he added. Some schools may not need blended learning as their class densities are too low. Furthermore, as the situation evolves, schools may need to adapt to any changes in policy that could come from covid-19. So a degree of flexibility has to be given, he argues.

…And clarity on a decision ASAP: “More important than the fee structure, I will need a clear direction on what schools are doing in fall from the ministry as soon as possible,” Wahby says. El Kalla would like to get clarity by early August at the latest.

The bottom line: Parents appreciate straight talk, El Kalla says: “By communicating to parents that we cannot set tuition without clarity, parents have shown understanding. They tend to see this straight forward communication as a comforting thing,” El Kalla said.