Why are international private universities not topping the scoreboard in Egypt’s representation in global ranking systems? 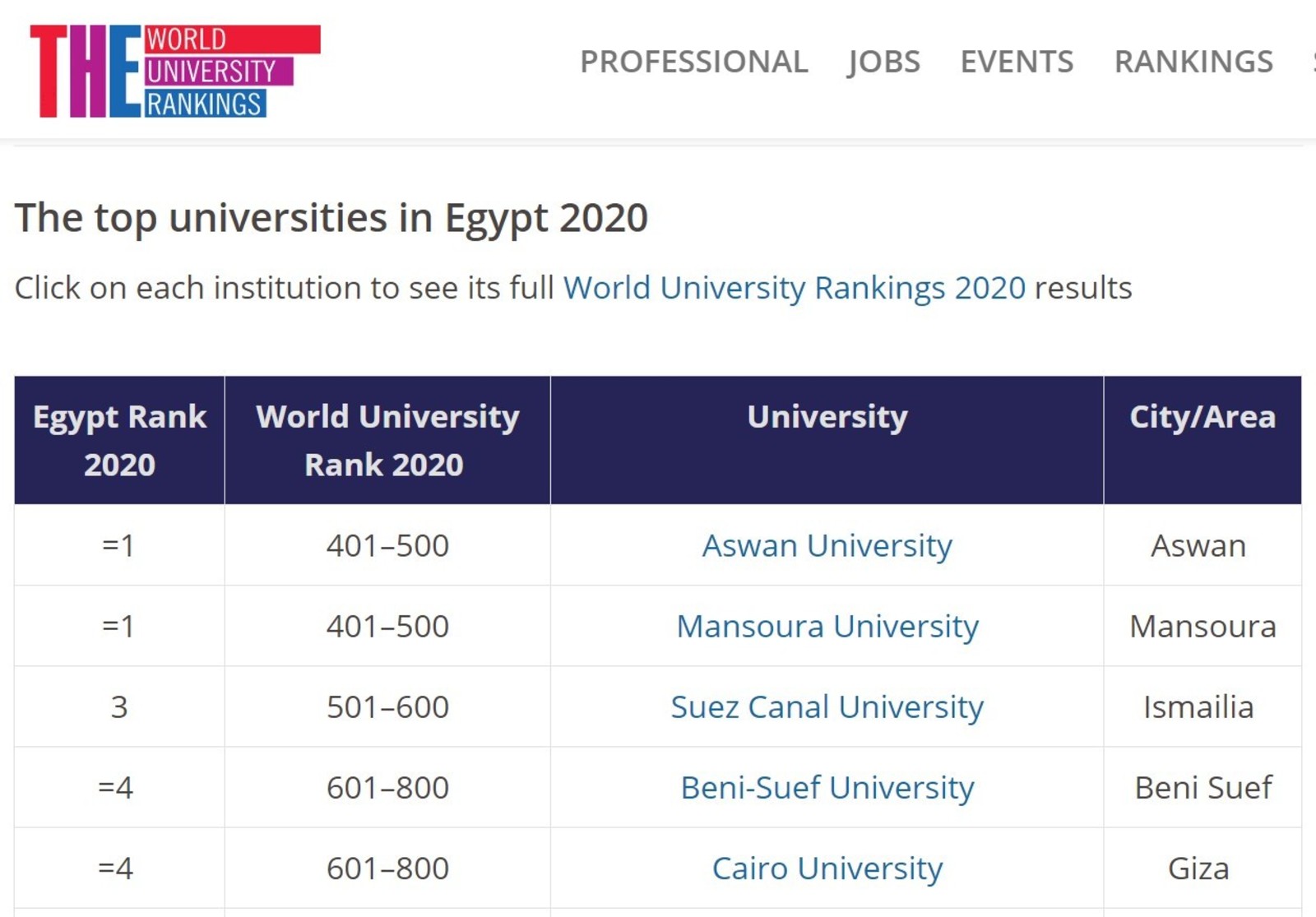 What does it mean? That private and international universities in Egypt lag their state-run counterparts? Not necessarily: It comes down to whether you’re ranking research output (where state institutions are ahead) or teaching quality and the total student experience for undergraduates.

All but QS places a heavy weight on research, citations, and awards: QS rankings are heavily weighted in favor of academic and employer reputation, with only 20% of the ranking related to citations or research. THE rankings emphasize citations and research, which collectively comprise 60% of the ranking, mostly because research and citations can be quantified — while other criteria like a university’s reputation is much more subjective, THE rankings editor Ellie Bothwell tells Enterprise. ARWU rankings place particular value on the number of alumni and staff who win Nobel Prizes and Fields Medals, as well as research and citations, which altogether count for 90% of an institution’s ranking.

Rankings do matter, but it’s important to recognize their limits and view them in context. “No institution wishing to compete globally — or even nationally — can afford to ignore [rankings],” writes Imperial College professor Stephen Curry. But we need to focus less on the sheer numbers and also think about the limitations of what they can measure, he adds.

So what are the main limitations?

Research-heavy ranking systems put less importance on things that matter to business when you’re assessing a university as a potential source of talent. Many crucial aspects of the student experience are not assessed in these rankings, including the applicability of skills to the job market, the quality of facilities and resources, student-to-professor ratios and the availability of professors, multiple sources say. “The factors included in ranking are not enough to measure the quality of education,” says AUC’s Ahmed Tolba, Associate Provost for Strategic Enrollment Management. While research is an important part of academia, Mohamed El Shinnawi, an advisor to Egypt’s Higher Education Minister, says other factors should be considered, pointing to “Student employability after graduation, the curricula and programs, the way students are taught, how graduates adapt to what their local or regional markets need.” QS designs their rankings primarily for students, but other systems are more aimed at university leadership, a 2013 Guardian piece notes.

Rankings are calibrated to reward “the UK and US model of a university.” Newer universities could be at a disadvantage overall because ranking systems tend to prioritize research, citation and awards, which are not the primary focus early in a university’s life cycle, when teaching is the priority. Older institutions are far more likely to have produced Nobel Prize or Fields Medal winners — important criteria for the ARWU rankings, says Mohamed Eid, BUE’s Director of the Internationalisation Office. Wealthier universities can afford to employ more research-focused staff, and lighten their teaching schedules, argues Tolba. And social privilege allows established global universities, with excellent reputations, to continue setting the tone for what is valued, argues Research Fellow Alice Bell. “Our methodology is about ten years old, so probably really caters more for the UK and US model of a university,” says Bothwell. “That’s potentially another reason why some of these universities in Egypt are just lower down in general.”

Even if a student cared about a university’s research, rankings don’t always make available data to corroborate their findings. For example, Aswan University, which tops Egypt’s THE 2020 rankings, basically gets a perfect score for citations, says Bothwell — meaning that its research was cited more often than any other Egyptian university that year. But without the methodology made publicly available, it is difficult to know whether the citations come from a broad spectrum of research papers or a small number of papers that have been frequently cited this year without consulting the raw data — which isn’t publicly available, Bothwell tells us.

But rankings do matter to Egypt’s universities — particularly in attracting talented staff and students, says Yehia Bahei El Din, BUE’s Vice President for Research & Postgraduate Studies. In this sense, they are arguably more important for private universities — which recruit students — than for public ones. And strong research departments are a big pull for prospective staff members, he adds. Rankings can also affect the level of interest from international bodies like Horizon 2020 or the Newton-Mosharafa Fund in providing grants or working with a particular university, says El Shinnawi.

So in marketing themselves, the universities do leverage rankings — but they also seek accreditation, use networks and emphasize their unique value propositions. AUC regularly seeks accreditation from certain carefully selected organizations — such as the National Authority for Quality Assurance and Accreditation of Education (NAQAAE) and the Middle States Commission on Higher Education (MSCHE), a consortium recognized by the US Department of Education, says President Francis Ricciardone. And it taps into its international status as a draw to prospective students. “We’re not Harvard,” says Ricciardone, “but Harvard also isn’t us.” Students don’t just come to AUC to study particular subjects they can specialize in. They come because of the way the university teaches and the experience they will have studying in Egypt, he adds.

So ultimately, where are rankings valuable? They’re important as a framework for comparison, as long as you don’t take them too seriously — or literally. And for Egyptian universities, they can serve as a push to become better and develop their research capacities, says Bahei El Din — though he stresses that rankings are a byproduct of good work, and not an end in themselves.

Possible change to come? Established systems don’t change overnight, but there may also be concrete changes on the horizon. The data officers who design these ranking systems understand the need to more fairly assess teaching and are making efforts to do so, in spite of the challenges that restructuring brings, this THE blog post suggests. The THE would have announced a new methodology for ranking in September 2020, but is delaying the announcement probably by a year because of covid-19, says Bothwell. The new methodology may be more reflective of the global nature of higher education, she says. And new developments — both social challenges and academic disciplines — will make regular review of these evaluation systems essential, as different skills are prioritized, multiple sources predict.