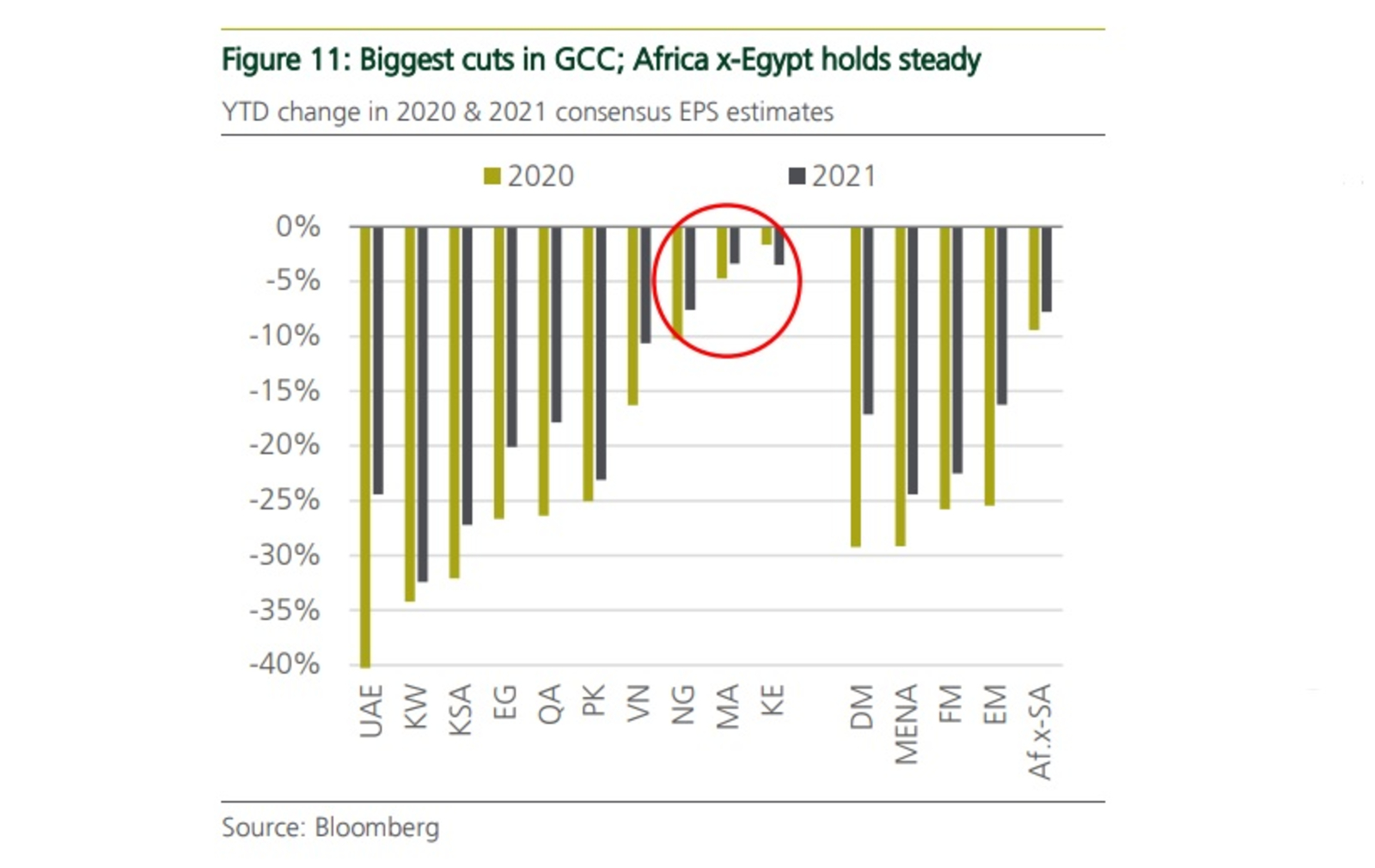 Egypt and Pakistan are EFG’s top frontier and emerging markets picks after sell-off and earnings downgrade: Egypt and Pakistan’s equity markets “offer good value” in the medium-term after the covid-19 sell-off and a downgrade in earnings projections, EFG Hermes said in a note yesterday. EFG’s price-earnings ratio for Egypt this year is currently at 8.9, while Pakistan’s is at 6.6, leading the investment bank to maintain an overweight position for both markets.

Pre-pandemic macro adjustments in both markets “have given them the basis for recovery,” Simon Kitchen and Farah Hamza write. Although Egypt is more vulnerable to global conditions, which will affect tourism and remittance inflows, the country has “built up space for fiscal and monetary stimulus.” Egptian stocks could also be propped up by more monetary easing and a bit of FX weakness, which Kitchen and Hamza say Egypt “has more room for” than Pakistan.

While the EGX and PSX’s YTD performance are “among the worst,” they have also seen a strong rebound that indicates greater resilience than markets that haven’t seen “a proper sell-off,” EFG says. The firm notes it prefers markets that have tumbled in line with the global sell-off but are seeing some macro adjustments. “We do not think that relative performance accurately reflects the relative resilience of markets in our coverage.”

Interest rate cuts have helped “force local liquidity into stock markets” in Egypt, Pakistan, and the GCC after the first four months of the year saw heavy foreign outflows in MENA and FM markets, EFG notes. The Central Bank of Egypt cut interest rates by an unprecedented 300 bps at an emergency meeting in March, but has since left rates on hold.

Retail investors are edging back into the market as interest rates have been cut, and “high real yields in Egypt mean that we may see further rate cuts this year, and the market may also see further inflows if state-owned banks reduce rates on certificates of deposit.”