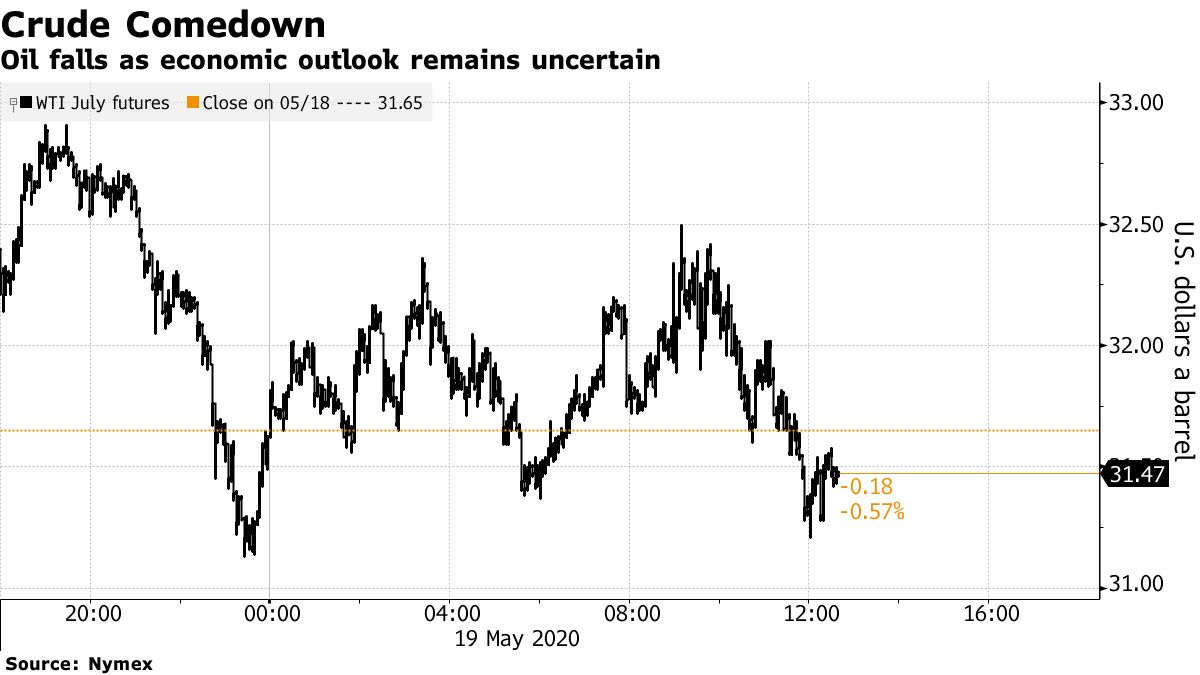 But what about the recent oil shock? We’ve seen this argued either way: some energy experts expect low oil prices to kill investment in green energy and others say the opposite. The people that we’ve spoken to fall into the latter category, arguing that the current volatility in the oil market is temporary and that renewables will remain competitive in the long-term.

Low energy prices could incentivize the continued reliance on fossil fuels: Hafez El Salmawy, professor of energy engineering at Zagazig University, tells us that low energy prices could disincentivize the government from phasing out fossil fuel-based infrastructure and ramping up renewables, which still only accounted for 3.4% of the country’s energy mix last year. Hatem Tawfik, managing director of Cairo Solar, sees the biggest risk coming from cheaper natural gas disincentivizing speedy subsidy removals, especially as industry looks to mitigate the economic impact of the crisis. We got a glimpse of that in March, when the government lowered the price of natural gas for the entire industrial sector in response to the crisis to USD 4.50 / mmBtu. This will mean a 25% price cut for cement companies which were paying USD 6.00 / mmBtu, and an 18% cut for metallurgy and ceramic manufacturers which were paying USD 5.50 / mmBtu.

This has already impacted global perception for Egypt’s renewable energy sector: These concerns have led to Egypt falling to 29th place from 12th in EY’s Renewable Energy Country Attractiveness Index May 2020 (pdf). “In addition to covid-19, Egypt has been hit hard by low industrial power price forecasts,” says the report, which focused on the impact the crisis has had on renewable energy globally. “Furthermore, its solar PV forecast has been reduced by 0.6 GW over the next five years.”

#1 Oil and gas price lows are temporary: In a marked change from the doom-laden forecasts from last month, there are a growing chorus of voices calling the bottom of the market and issuing predictions for a gradual rebound. In response to Saudi Arabia’s abrupt change of course from its oil price war and the easing of lockdown restrictions in several major economies, the US Energy Information Administration now expects prices to average USD 32/bbl during the second half of this year and USD 48/bbl in 2021, while Morgan Stanley sees USD 35/bbl in 4Q2020. These prices are still well below the USD 60+ prices seen at the start of the year, but considering last month’s freak-out over negative prices a rise to USD 35 oil qualifies as a recovery albeit partial. Similarly, the EIA sees natural gas prices rising steadily throughout the rest of 2020 and into 2021.

#2 Renewable energy prices are more competitive for industry in the long run: “When compared to other sources of energy, PV offers huge savings for industry players in the long-term,” particularly as the cost of installing panels have decreased significantly, Menatalla Sadek, CEO of Hassan Allam Utilities, told us. “These savings could be as low as 10% to as high as 30% over 25 years, depending on the industry” she added.

… and more competitive for the government : A study conducted by the Fraunhofer Institute shows that the levelized cost of electricity from natural gas (the fair cost, by global standards) is substantially higher than that of solar, and also higher than what Egyptians — on average — are paying traditional energy providers for their electricity. Say, for example, the levelized cost of electricity from natural gas is EGP 1.5/ kWh. Egyptians are paying, on average, EGP 1/kWh, which is the equivalent of what solar generated electricity would cost. The government continues to incur a huge expense by subsidizing electricity to that degree, and it will have to put the prices up to their fair rate at some point, Tawfik argues. When that happens, the case for solar energy in particular will be all the stronger, he says.

…. and for consumers, too: Individual consumers could save up to EGP 320k in a lifetime by installing solar panels on their homes, rather than using traditional electricity sources, while business owners should expect a minimum of 10% savings compared to their current electricity bills, solar energy company Solarize says. Purchasing solar equipment is as much of an investment as buying a certificate of deposit or putting money in a savings account, says Tawfik, who argued that the money saved by not purchasing electricity from traditional providers is effectively money earned. “The internal rate of return (IRR) — which means how much money you get back for every EGP you invest in the solar station — is currently 25%, estimated very conservatively. Certificates of deposit offer interest rates between 10 and 15%. That’s where the appeal of solar energy is. But once the levelized cost of electricity from natural gas is fair, the IRR could reach 45%.” The IRR on a solar energy investment has increased by 60-70% since 2016 alone, he says.

#3 Egypt also benefits from its heavily regulated market, which offers a form of price stability: “Egypt generally benefits from fixed input prices for both renewable projects and thermal projects relying on domestic gas. As a result, the change in global oil prices should not impact the situation in the power sector too much,” says Walid Labadi, Egypt country manager at the International Finance Corporation (IFC). “If we compare the stability of oil prices with the stability of investments in renewable energy, renewables come off very well,” Alfredo Abad, head of Regional Representation in the European Investment Bank’s Cairo office told Enterprise.

The combination of competitive prices and price predictability has created significant consumer demand for renewables, says El Salmawy. Multiple sources agreed. This is especially the case among industrial and business consumers, who can access bank loans to pay for solar energy in installments, and who readily see the benefit in paying higher upfront costs for installing the system, and then entering into a 25-year fixed-price contract, says El Salmawy. “This is very important for industry planning and it is a fundamentally more stable mechanism than oil or gas. Even if oil is selling for USD 20/bbl today, it could be USD 60/bbl next week,” he told us In that sense, current oil market volatility actually strengthens the business case for renewables, proving their role as the dominant source of new power generation because they are affordable and have stable, predictable returns, argues IRENA’s Director-General Francesco La Camera, in a statement shared with Enterprise.

#4 We see no signs that the government is backing away from subsidy reforms: The Finance Ministry has allocated just EGP 28.1 bn to fuel subsidies in its draft budget for the coming fiscal year, down by nearly half from EGP 52.9 bn in FY2019-2020 forecasts.

If both the lockdown and low oil prices aren’t posing any long-term threats for renewables, what is? As with most industries, the covid-19 crisis has magnified structural problems in the sector that were there before the crisis. The most important of these problems is the massive overcapacity of our electricity generation. We dive deeper into this in Part 3 of our series on the impact of covid-19 on renewable energy in Egypt.