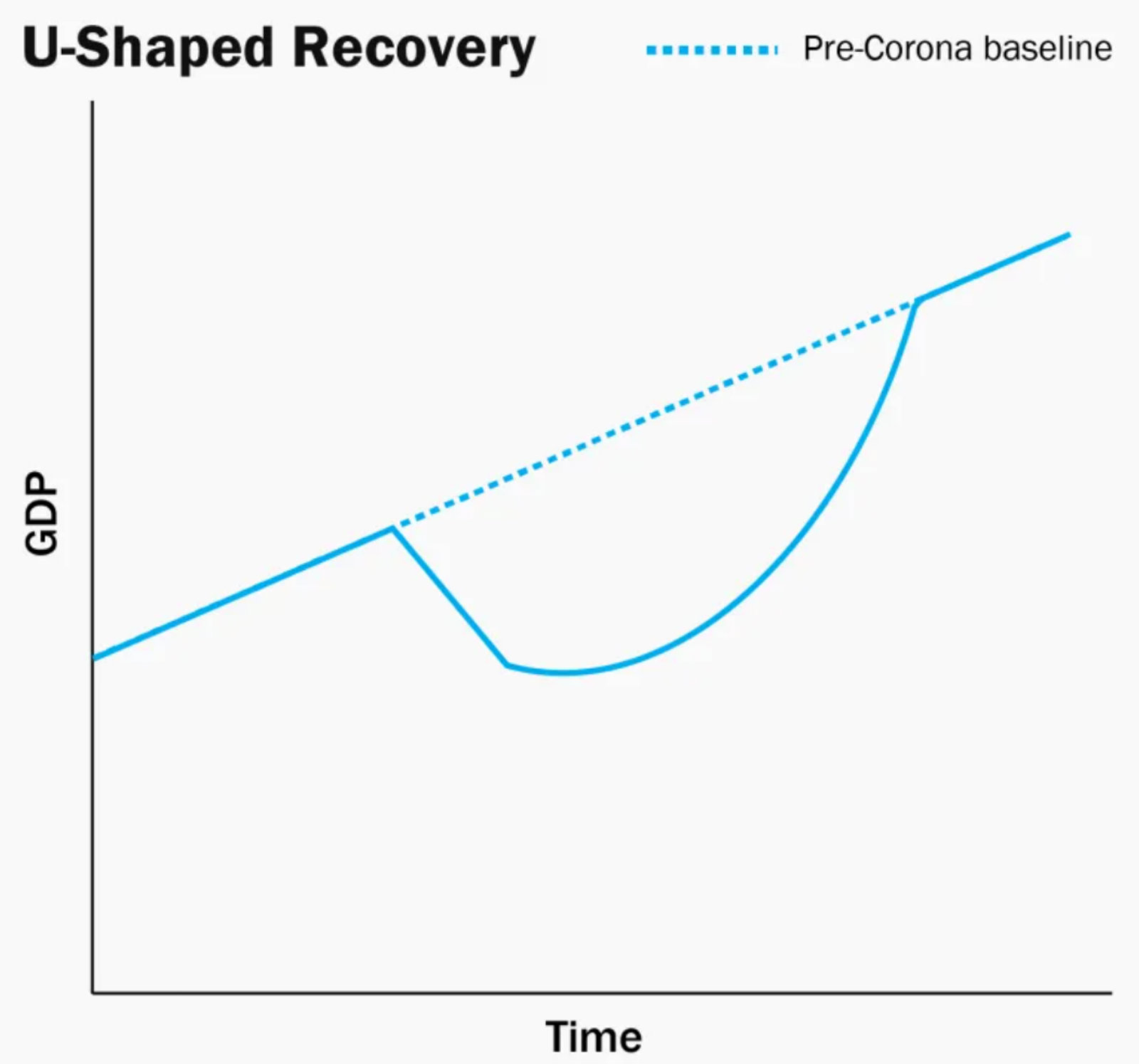 Egypt’s economic recovery post-covid is most likely to be U-shaped, rather than V- or W-shaped, Planning and Economic Development Minister Hala El Said said during a webinar hosted yesterday by our friends at AmCham. El Said reiterated that the government has prepared multiple scenarios for the country’s economic outlook over the remainder of the year, but believes a U-shaped recovery is the most likely scenario when looking at Egypt’s demographics.

Growth will remain low for the rest of 2020: The government expects the majority of Egypt’s economic growth next fiscal year (3.5%) to be concentrated in its second half, with 1H2020-2021 expected to see “very low growth,” the minister said.

Egypt’s GDP growth in 3Q2019-2020 came in at around 5%, El Said said. The government is set to announce the official number today.

Unemployment figures in Egypt are also expected to end 2020 at around 10%, said El Said. Egypt’s unemployment rate rose to 9.2% in April from 7.5% in the second quarter of 2019 as the government’s precautionary measures to limit the spread of the novel coronavirus hit the economy.

Proposed IMF standby facility to support structural reforms: Any standby funding secured from the IMF will be used to implement pro-business structural reforms, El Said said. The standby facility, which could see Cairo receiving up to USD 5.5 bn on top of this month’s USD 2.8 bn covid-19 rapid financing instrument, will be used to plug payment gaps faced by businesses, she added.

The government has been working on reforms to boost private sector participation as part of the IMF-sanctioned program that came as a condition of the USD 12 bn extended fund facility we received in full last summer. Since the program kicked off in 2016, authorities identified six structural reform priorities, including digital transformation, industry, agriculture and logistics, the minister said yesterday. Reuters took note of El Said’s comments on the IMF plan.