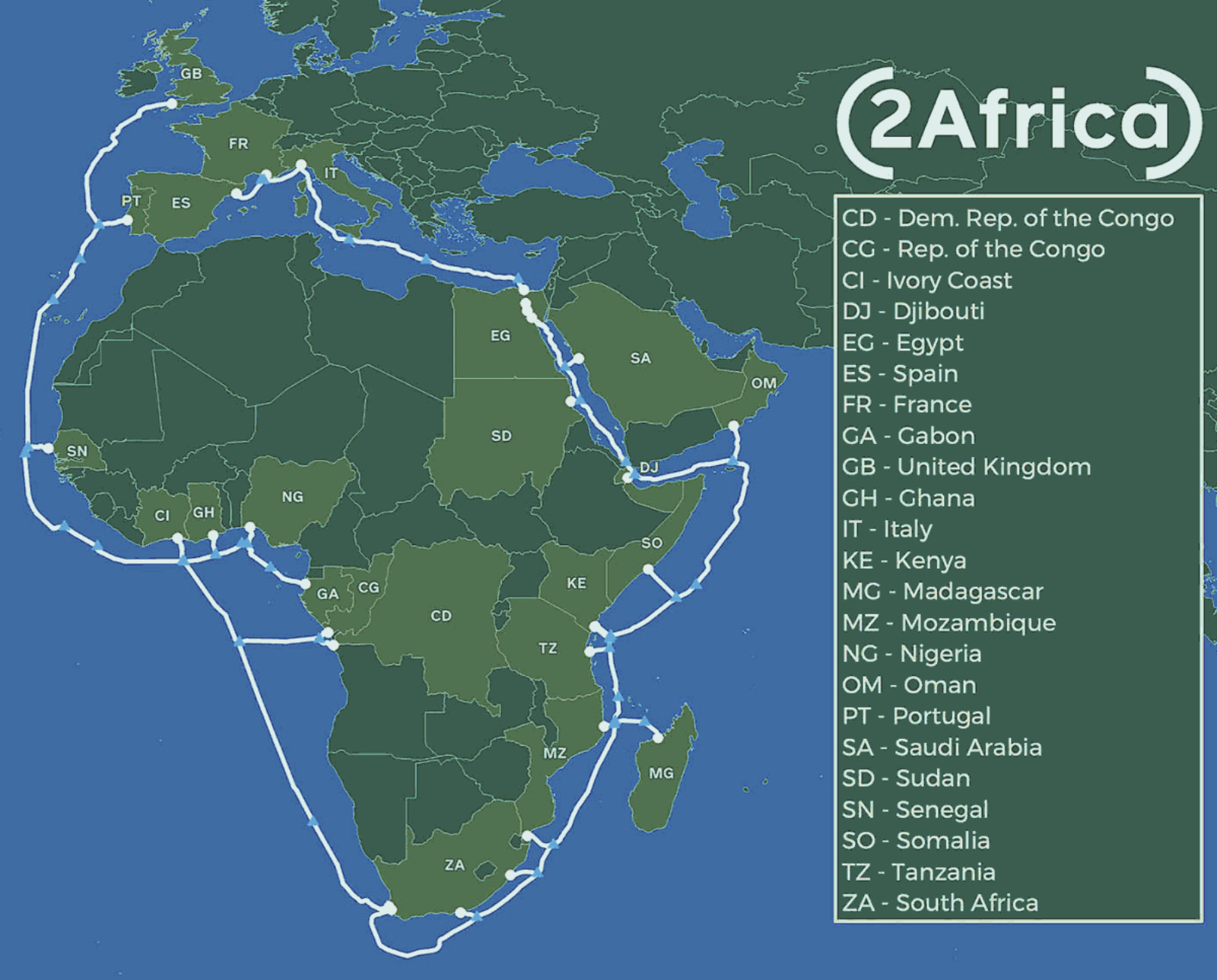 TE Egypt to participate in huge subsea Africa, Middle East internet cable: Telecom Egypt (TE Egypt) is among a consortium of global telecoms firms partnering to lay a giant subsea cable between Europe, the Middle East and 16 countries in Africa, according to a joint press release (pdf). Known as ‘2Africa,’ the 37k-km will be one of the world’s largest subsea cable projects and will significantly expand broadband and mobile networks across Africa and the Middle East. The cable will deliver more than the total capacity of all subsea cables connected to Africa when it comes online in 2023-2024, the statement said. Participating companies include Facebook, Orange, Vodafone, China Mobile International, MTN GlobalConnect, STC, and WIOCC, and the cable will be constructed by Alcatel Submarine Networks.

TE Egypt will install a new cable linking Egypt and Saudi Arabia across the Red Sea: This will include new landing stations, a cable between Ras Ghareb and Suez, and next-gen fibre cables running parallel to the Suez Canal between Ras Ghareb and Port Said. “We are honored to be part of such a revolutionary project alongside renowned global and African partners,” said TE Egypt CEO Adem Hamed.