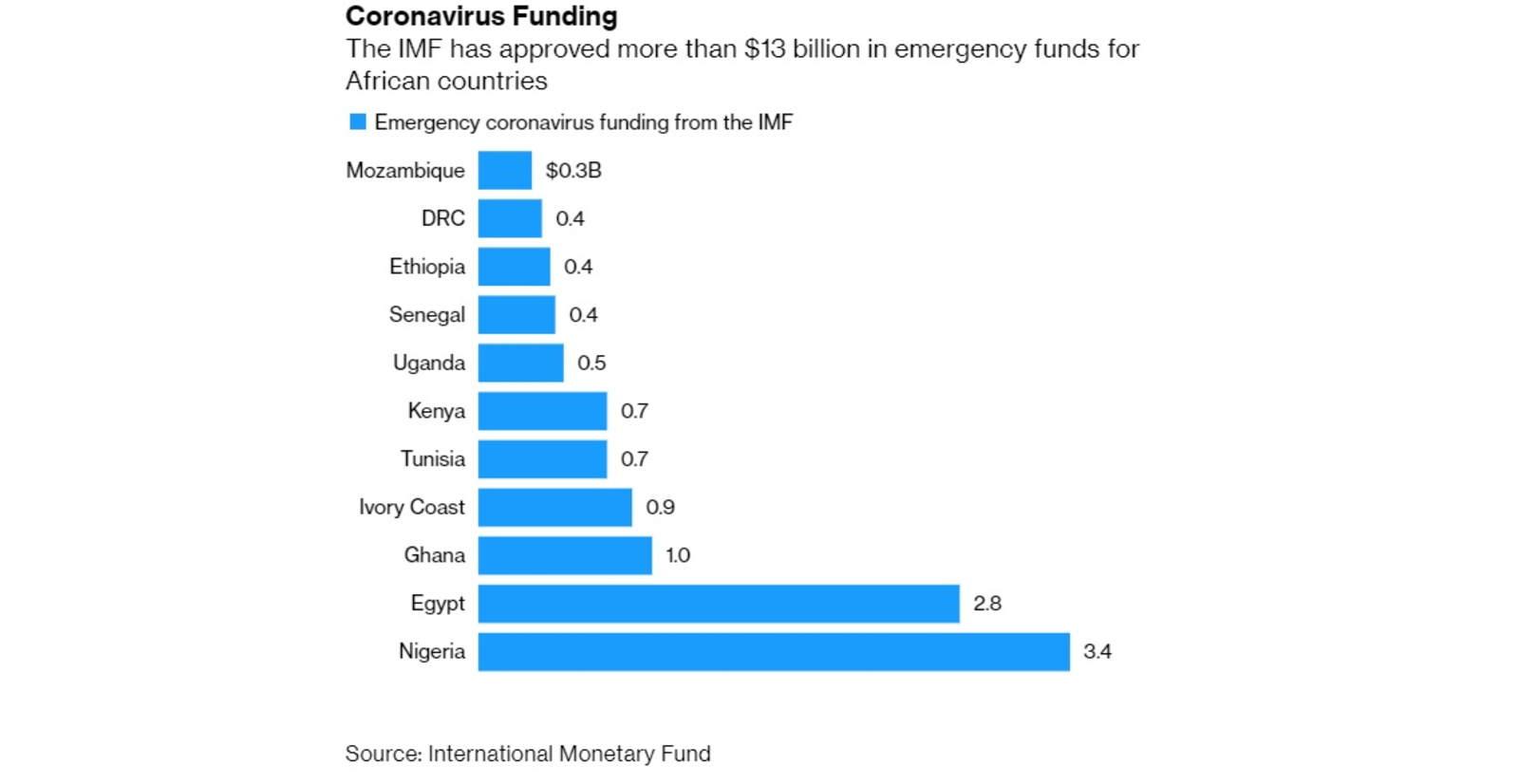 Egypt is lining up another USD 9 bn from int’l lenders to plug budget deficit, shore up reserves: The Madbouly government is in talks with international lenders for an additional USD 9 bn to help it plug its budget deficit as it spends bns to fight covid-19, Bloomberg reports, citing an unnamed official. The funding, which comes on top of the USD 2.77 bn rapid finance instrument we landed this week from the IMF, includes a USD 5 bn stand-by arrangement (SBA) from the IMF, for which talks are already underway, and a further USD 4 bn from other international lenders, the official said, without providing further details.

SBA could be closer to USD 5.5 bn, first tranche to come in June: The SBA could see us receive up to USD 5.5 bn, and the first tranche of funding could land as early as next month, Masrawy reports, quoting a source from the central bank. “There are discussions with the Egyptian government … to enable and support it in the coming stage,” IMF Middle East and Central Asia Director Jihad Azour said. “Due to the uncertainty of the situation, the program [the SBA] may be shorter in duration than regular programs, which last for four years.” The SBA would also aim to encourage other multilaterals to support Egypt, he added.

Funding needs are too much for one source to fulfill -IMF: Egypt’s “external financing need is too large to be filled by any single source. It will require joint efforts by the authorities, bilateral partners, multilateral development banks, and of course the IMF,” IMF mission chief to Egypt Uma Ramakrishnan told Bloomberg. Egypt already received a USD 2.8 bn rapid financing instrument from the IMF earlier this week. The facility will be used for “targeted and temporary spending” to prop up the economy.

Egypt will have enough funding from the IMF, other lenders, and bilateral agreements to cover its financing needs, Central Bank of Egypt Sub-Governor Rami Abulnaga told Alarabiya yesterday (watch, runtime: 8:54). Abulnaga did not confirm the USD 9 bn figure, but said it “could be close” once negotiations wrap up. Reuters also had the story.

Egypt isn’t alone in asking for help: More than 90 countries have inquired about IMF funding to help them withstand the economic fallout caused by the pandemic. The multilateral lender has also approved USD 13 bn in emergency aid to African countries, according to Bloomberg.