Some good news to get us over the midweek hump: The International Monetary Fund has approved USD 2.77 bn in pandemic aid to Egypt as its executive board signed off yesterday on a short-term rapid financing (RFI) instrument.

Talks with the fund will begin today over a separate stand-by arrangement that could see Egypt receive up to USD 5 bn in additional funding, Vice Finance Minister Ahmed Kouchouk told talk show host Lamees El Hadidi yesterday (watch, runtime: 14:30). We have the full story in this morning’s Speed Round, below.

Meanwhile: We have a week and a bit left before the Eid holiday, but it’s all our reptile brains can think of right now.

(Yes, we know, reptile brain = breathing and other vital functions. And yes, we know — neuroanatomists have kind of refined MacLean’s original triune concept of the brain from the 1960s, etc, etc. We nevertheless insist it is our brain’s most primordial component that is keeping us squarely focused on some time off. Ramadan + pandemic = most anxiously anticipated Eid ever.)

The question of the morning: Will we have to go through a full lockdown to get there? The notion runs counter to the signals senior policymakers have sent in the past week, but it’s hard to ignore the fact that the head of the state’s covid-19 scientific committee told Al Kahera Alaan’s Lamees El Hadidi last night (watch, runtime: 9:37) that a 24-hour lockdown until the Eid should be an option on the table. The remarks came after both a top Medical Syndicate official and presidential health advisor Mohamed Awad Tageldin said a full lockdown could be in the works in the run-up to the holiday.

We’re mentally on the beach right now — and Orascom Development Holding’s announcement (pdf) that it’s going to start reopening hotels this coming Friday (15 May) hasn’t helped. All hotels in the resort town are set to be open to domestic tourists under the government’s guidelines — including only operating at 25% capacity — by 21 May, the company said.

But our Personal Prophet of Doom and Gloom™ can’t resist pouring cold water on the faint rays of sunshine: Soliman Wahdan, the deputy speaker of the House of Representatives, is calling for the state to close highways to traffic between governorates during the Eid holiday to prevent the spread of the virus, says, according to Youm7.

Two international stories we’re keeping an eye on this morning:

1- Are we looking at a “tilde” recovery? That’s a ~ to those of you who don’t geek out over typography because you’re … well … more socially adept than we are. The notion that we’re looking at a long, drawn-out recovery is gaining currency in the global business press, with some likening it to a tilde and others calling it a “swoosh” recovery (from Nike’s iconic emblem). See analysis in both the Wall Street Journal (where’s it’s the lead story on the web heading into deadline this morning) and the New York Times.

2. Are we seeing the first signs of a “second wave” of covid infections in Asia? Wuhan has reported its first cluster of infections since it ended its lockdown and South Korea is tying new cases to its easing of social distancing measures.

It’s enough to make you ponder how pandemics end — and who decides we’ve gotten there.

It’s interest rate week, and 10 of the 12 analysts in our regular poll expect the central bank to leave rates on hold when its monetary policy committee meets this coming Thursday.

** PSA- Every bank in the country is going to require you to wear a mask if you show up at a branch starting next Sunday (17 May), the Federation of Egyptian Banks said in a statement yesterday.

So, when do we eat? Maghrib prayers are at 6:40pm and you’ll have until 3:24am to finish caffeinating. Fajr is coming one minute earlier every day through the end of the Holy Month.

TAKE OUR POLL- How is covid-19 impacting your business? We do an annual reader poll asking what you expect of business conditions and the economy in the year ahead. Covid-19 has us thinking that the results of this year’s survey need updating. Take a minute and tell us how covid-19 has impacted your business, whether it’s changed your outlook on the economy, and what you think of WFH.

You can take the survey here and we’ll have the results for you immediately after the Eid holiday. 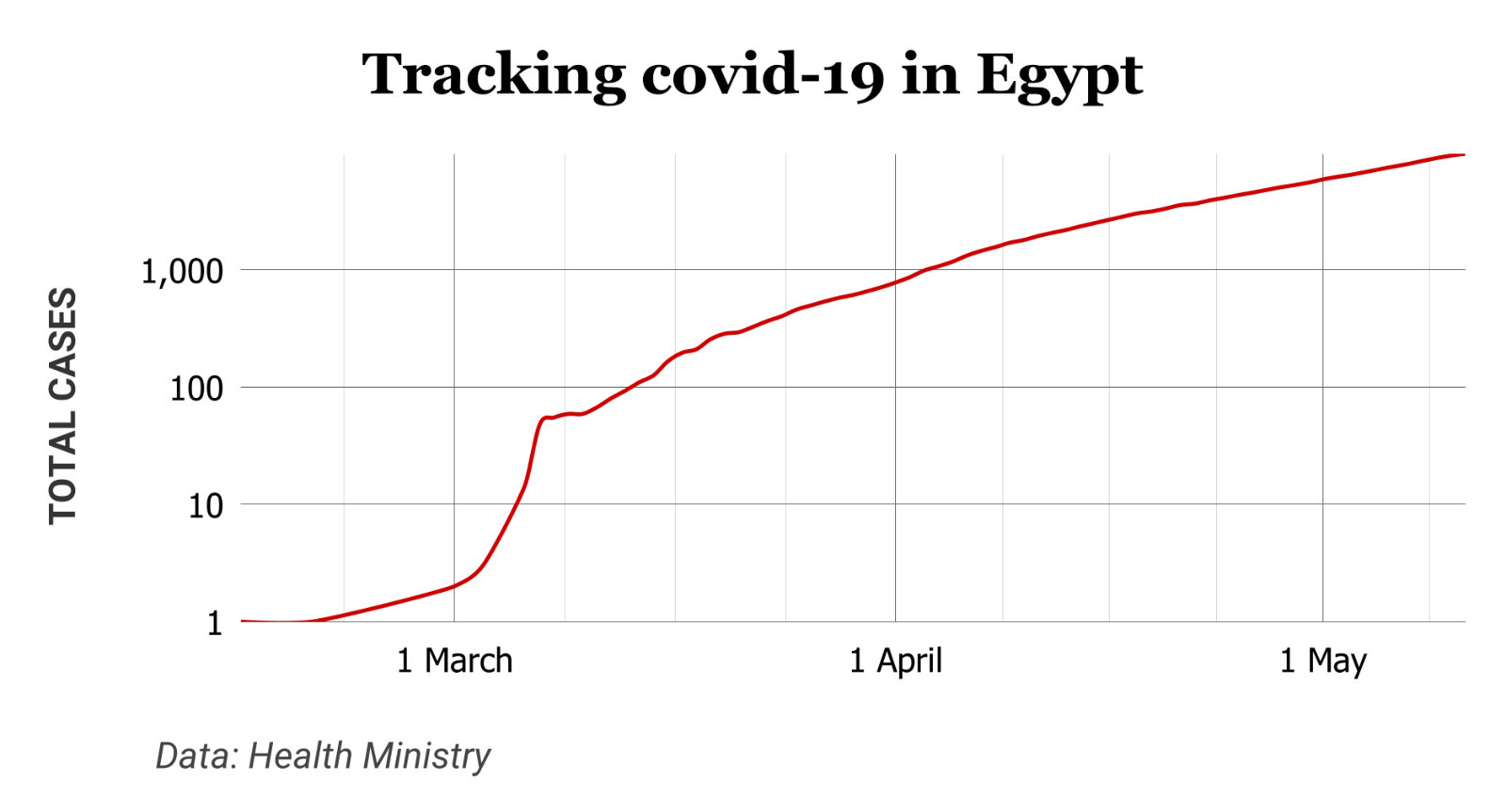 Egypt has now disclosed a total of 9,746 confirmed cases of covid-19 after the Health Ministry reported 346 new infections yesterday. The ministry also said that another eight people had died from the virus, taking the death toll to 533. We now have a total of 2,655 confirmed cases that have since tested negative for the virus after being hospitalized or isolated, of whom 2,172 have fully recovered.

QNB Al Ahly will be the first recipient in Egypt of pandemic aid from EBRD as the lender takes on USD 100 mn for on-lending to impacted businesses, a bank statement said. The loan will be used to support businesses of all sizes, but will have a “special focus” on SMEs struggling with slowdown in activity and weaker profitability. The facility is part of EBRD’s covid-19 solidarity package. EBRD will also increase a finance limit for QNB Al Ahly under its trade facilitation programme by USD 100 mn to USD 250 mn to meet increased demand for imports and exports.

Meanwhile, State-owned Banque du Caire signed up yesterday for a USD 100 mn credit line from the European Investment Bank (EIB), the bank said, according to Al Mal. The credit line, which EIB approved last month, will be used to on-lend SMEs.

Egypt will soon have the capacity to make 1 mn medical masks per day, up from 750k currently, head of the Federation of Egyptian Industries’ medical supplies division Sherif Ezzat said, according to the local press.

Lobby group wants to do away with development fee on mobile phones + accessories: The Federation of Egyptian Chambers of Commerce, which goes by the unfortunate acronym FEDCOC, is lobbying the government to scrap a 5% levy on mobile phones and accessories that could be imposed as part of a raft of new fees being introduced to help the state plug its budget deficit, head of the Cairo chamber of commerce’s digital economy division Karim Ghoneim tells Al Mal. An additional tax will drive prices and slow the country’s digital transformation, he said.

Repatriation flights continue: The government has brought home 750 more Egyptians stranded in Kuwait and placed them under quarantine in accommodation at Cairo University campus, the Giza governorate said in a statement. Repatriation flights start tomorrow to bring home workers stranded in the UAE, the Manpower Ministry said. Also expected this week: Flights to bring back citizens from Sudan, the UK and the United States.

The United States Agency for International Development’s (USAID) Egypt director Sherry Carlin has pledged that the organization will continue to support Egypt through the pandemic in an interview with Ahram Online. “This partnership is important to US foreign policy and to the American people and we will continue the forward movement of impactful programs that are fully in line with the Egyptian government’s priorities,” she said.

Al-Mansour Holding Company has pledged EGP 51.5 mn to support government efforts to treat covid-19 infections and soften the economic impact of the pandemic on vulnerable families, according to a cabinet statement. The funds will be split between the Health Ministry, the Tahya Misr fund, and paying for food for healthcare workers and the families of 10k day laborers.

Souq is donating EGP 800k to the Egyptian Food Bank to provide food, disinfectant supplies, and informational pamphlets to 4k vulnerable families across the country, according to an emailed statement (pdf).

The Chinese government has donated 4 tonnes of medical supplies to Egypt, including covid-19 testing kits, N95 medical masks, and PPE kits, according to a Health Ministry statement. The shipment is a gesture from China to “return the favor” after Egypt had sent medical supplies to Beijing at the beginning of its outbreak, China’s ambassador in Cairo took to twitter to say. E-commerce giant Ali Baba has also pledged a separate 4.7-tonne medical equipment shipment to Egypt.1 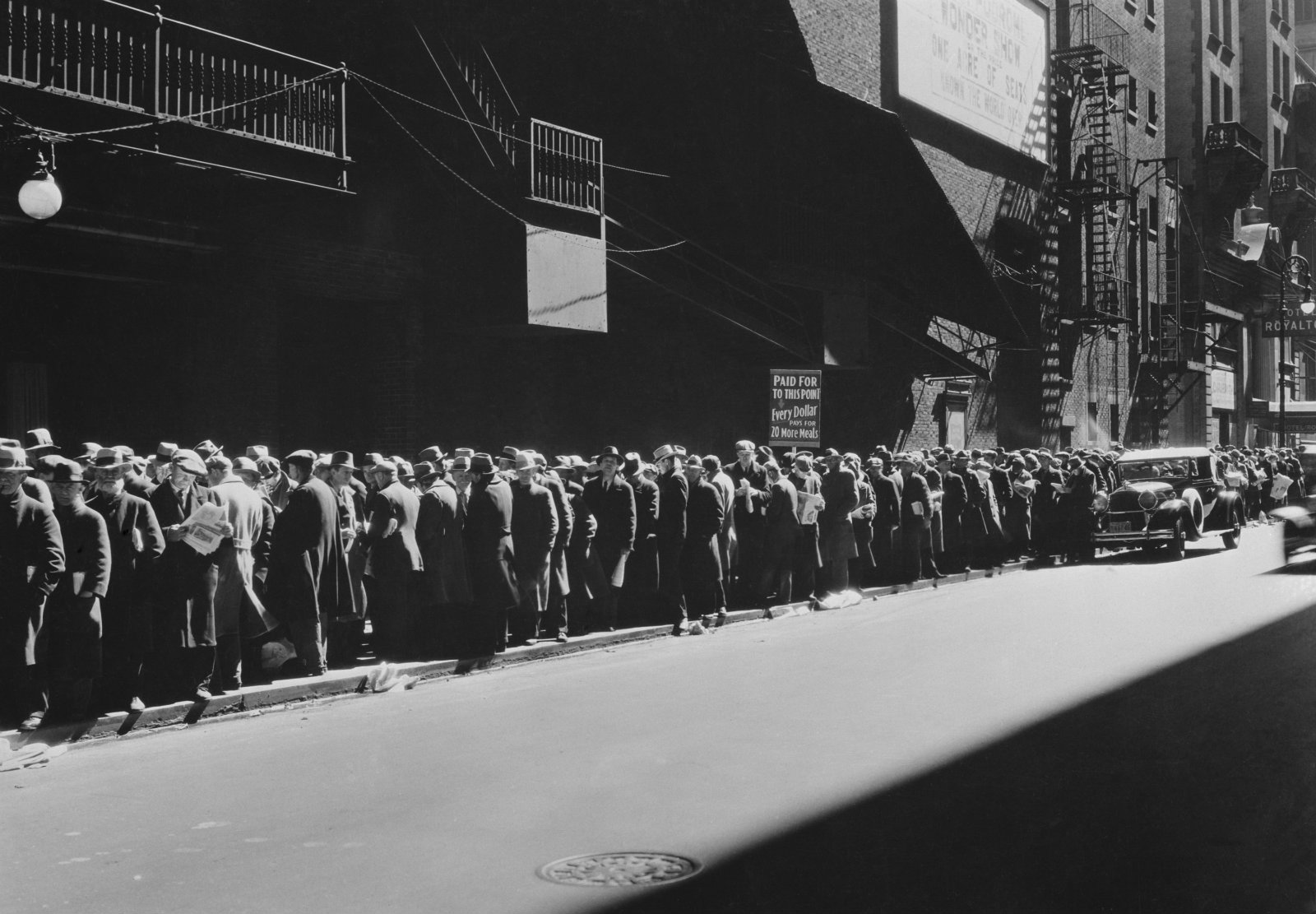 Lockdown measures are having a devastating impact on employment across the globe:

The gut-wrenching figures aren’t enough to tame the bulls: The US stock market is still seeing a “bumper rally” buoyed by optimism among investors who are looking beyond the current situation, investment strategist Nela Richardson says. “The market is ahead of the recession and is already anticipating a recovery” in 2H2020 and 2021. Insanely: Small-cap companies, whose fate, “more than multinationals, is intertwined with the health of the domestic economy” are continuing to rally. The Financial Times and WSJ have more.

US lawmakers are in a stand-off over a second tn-USD stimulus package: Democratic and Republican lawmakers are at odds over the terms of a second stimulus package despite the unprecedented surge in unemployment in April, the Financial Times reports. Democrats are pushing for huge new fiscal measures to shore up the finances of households and local authorities in the vein of Roosevelt’s Great Depression-era economic program, but Republicans are opposed to further massive government spending.

Top asset managers are eating up market share: Asset management monoliths Blackrock, Vanguard and State Street are continuing to gobble up market share as spooked investors pour their money into large, low-cost funds, according to the Financial Times. The top 1% of managers now control 61% of the industry’s assets after a surge in inflows during the first three months of the year, analysis by US-based research group Flowspring shows.

Financial markets have priced in negative US interest rates for the first time ever, despite the Fed publicly signaling scepticism about the benefits of sub-zero rates, Reuters reports. Former IMF chief economist Kenneth Rogoff thinks a negative turn may be a good thing: Writing in Project Syndicate, Rogoff claims that going deeply negative could rescue companies and local authorities from bankruptcy, boost demand and support employment — provided that policymakers can find ways to prevent the financial sector from hoarding cash.

Saudi Arabia will slash oil production to its lowest level in 18 years to support public finances amid an unprecedented slump in prices and global demand, Oil Minister Prince Abdulaziz bin Salman told Bloomberg. The announcement came on the same day that Riyadh announced that it would suspend its cost of living allowance and triple the VAT rate to rescue its increasingly precarious fiscal position. 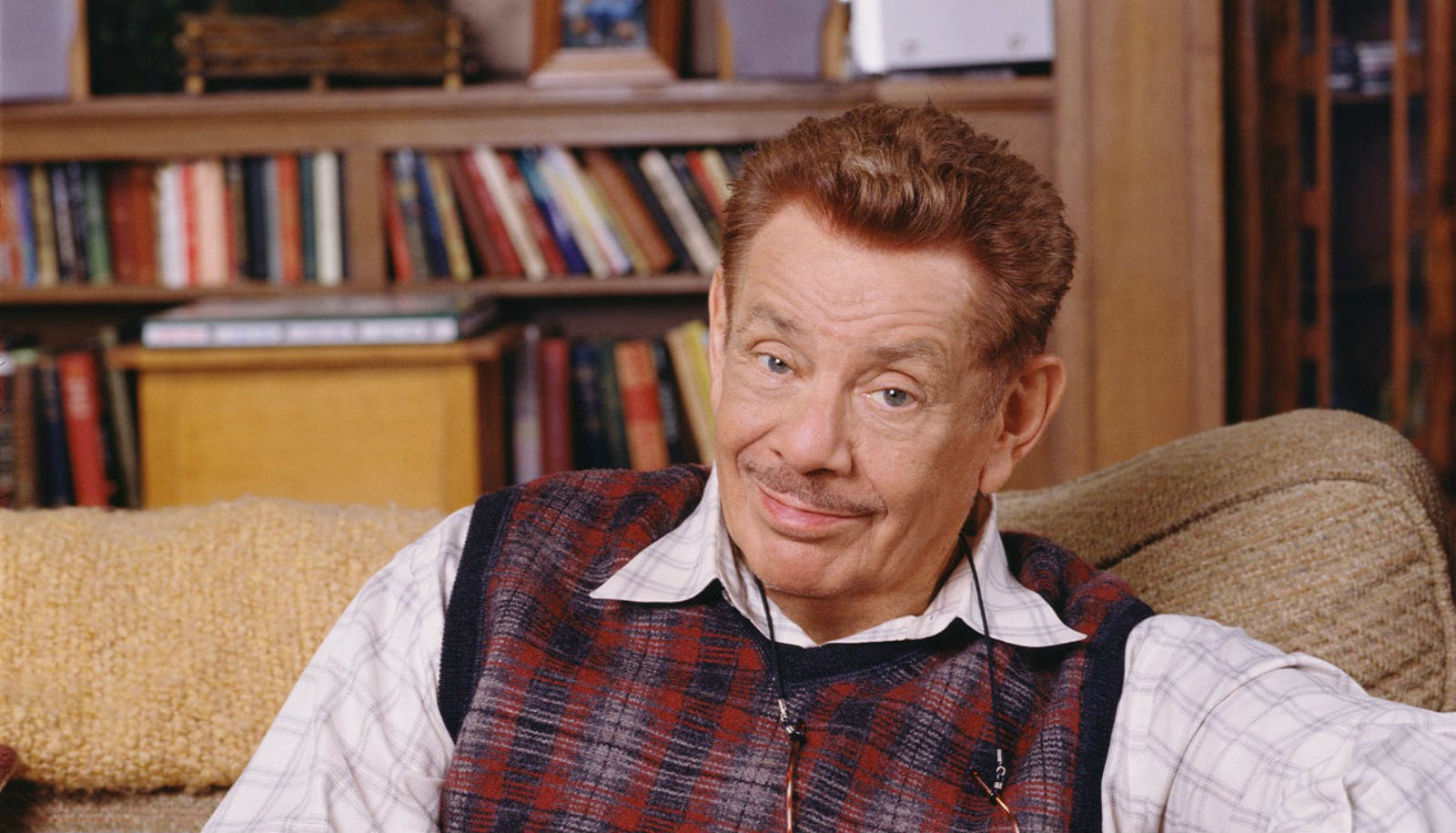