Do film and TV accurately depict the realities of private education? 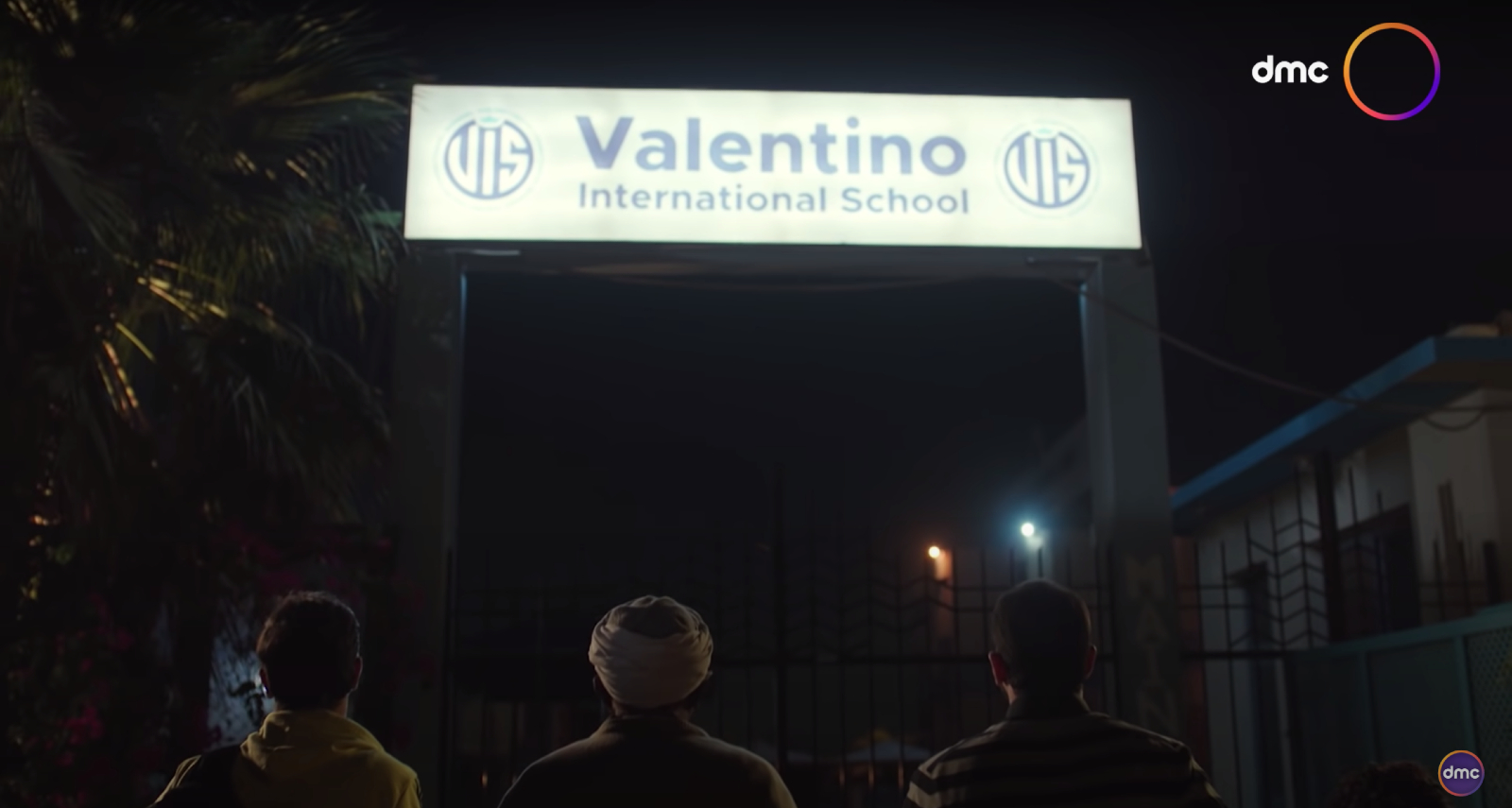 Just in time for Ramadan: Do film and TV accurately depict the realities of private education? Egyptian TV and cinema have not been kind to private sector education, frequently portraying the industry as an immensely profitable and predatory business. In the spirit of Ramadan mosalsalat, we spoke to a number of private school operators on whether these depictions are fair and if the perception has had an impact on their businesses. With the exception of a few bad apples, we’ve found that far from being a fair reflection of reality, the portrayals are more a reflection of a deep-seated scepticism of the free market that often results in the vilification of business.

TROPE: Extortionist tuition fees: A common trope of films and television series on private education in Egypt are the high tuition fees. Television series, including Bela Daleel, usually feature a struggling middle class family overworking themselves just so that they can make tuition payments, neglecting their kids in the process.

A trope everyone can get in on: Inflation is among the biggest financial concerns for many Egyptian households, and education isn’t a budget item parents traditionally skimp on. The trope thus underscores a common anxiety. High tuitions and fees are the biggest source of criticism private education receives, whether from the press, parents or even the government. Parents in various schools and parents associations frequently take to the press and social media to complain of tuition hikes. Another common complaint is of rising fees for non-academic services, particularly bussing and uniforms, which is an almost annual complaint. Most recently, parents have been lobbying the government and the House of Representatives for deferments and discounts on tuition and services for the second semester of the 2019-20 academic year. The issue is also reflected in universities, with protests by AUC students back in 2016 over the university’s tuition increases receiving widespread coverage amid a spiraling currency crisis.

In turn, many MPs, including Rep. Mona El Shabrawy, have taken up the cause and called for hearings amid allegations that some schools have violated a cap on price hikes imposed as the country dealt with runaway inflation after the float of the EGP in late 2016.

Tuition hike caps, regulatory framework make this depiction unjustified, say school owners: Private-sector operators we’ve spoken with chafe at caps on tuition hikes that have seen costs rise faster than revenues since the float of the EGP. A tight regulatory landscape requires careful coordination with state officials before announcing fee hikes coupled with the fact that tuitions are subject to a 15% cap on annual increases set forth by the Education Ministry severely limits the ability to unjustifiably inflate prices, says Karim Mostafa, chairman of Starlight Education, the company that owns the British Columbia Candanian International School (BCCIS).

Ample competition puts a natural ceiling on average tuitions: Around 8k private schools currently operate across the country, 3.5k of which charge tuitions that fall between EGP 3k-5k annually and the rest carry tuitions that generally fall below EGP 20k, Badawy Allam, a vice president of the Private School Owners Association, tells us. Only a narrow playing field of some 260 high caliber international schools can charge sums approaching what films and soap operas have made the target of their mockery, he added. Many international schools also justify their higher tuition rates through much higher costs, as they often rely on foreign teachers who require larger salaries.

The depiction does not hold water with universities, Ashraf El-Shihy, chairman of the board of trustees at the Egyptian Chinese University (ECU), tells Enterprise. While private universities enjoy fewer regulatory restrictions than those seen in primary and secondary private schools and their tuition fees face no restrictions on annual increases, universities still see slow and modest gains due to the high costs of running them. Universities take an average of seven years to become profitable on a minimum investment of some EGP 500 mn, according to El-Shihy.

TROPE: The education profiteer: By far the most common trope is that of the high-rolling investor concerned only with profits to the detriment of the children’s education and the quality of their schools. We see this in Valentino and films Al-Basha Tilmiz and Ramadan Mabrouk Abu Alamein Hamouda. This is part and parcel of how business leaders are too-often depicted in domestic media, which would be right at home in a 1950s Moscow movie theater — or any Egyptian theater from the 1950s onwards for that matter. We certainly cannot recall any heroic depictions of entrepreneurs.

How profitable are private schools? A minimum starting capital of some EGP 100 mn is needed to establish a private educational institute and their margins typically do not exceed 10%, Allam tells us. COGS account for 65-80% of revenue, representatives from six international association schools in Cairo and Alexandria told us last year. “Teachers’ salaries alone account for nearly 70% of the overall costs at my school,” one school operator who wished to remain nameless tells us. Private schools have to invest in the quality of their services and their reputations to stay competitive, says Allam.

Bad apples do exist: The shoe fits for some private schools, who neglect curriculum guidelines and circumvent tuition controls by marking up the price of less-regulated transport, ancillary and activity fees, Walaa Shabana, an education consultant who previously served as head of the private education department at the Education Ministry, tells us. She went so far as to say that most schools she’s dealt with find it difficult to fully abide by the ministry’s directives.

Many private school operators we’ve spoken with acknowledge that teachers are underpaid, including CIRA’s Mohamed El Kalla, who spoke to us on the subject for the Making It podcast. This has largely been behind why teaching is not a popular career path in Egypt, something which is fuelling a dearth in teaching talent, he says. At public schools, annual salaries range from EGP 24k-84k, and those at private schools teaching domestic curriculum lean closer to this payscale than they do to the more lucrative positions for foreign teachers at top-tier international schools (around EGP 480k a year).

TROPE: Snake oil salesman / carpetbagger: Private schools portrayed in popular series, such as Bela Daleel and Ehna El Talaba, offer brand-name recognition, but no substance. These schools usually sell the allure of international education as a point of prestige, with the shows calling into question the quality of an international education. We’ve seen this criticism in the press, including this report by the Arabic Independent, which claims private schools rely upon background checks for admissions rather than student academic performance. Not helping matters is the underrepresentation of Egyptian international universities in global university rankings, with AUC usually being the only one to make the grade, and government policy which has restricted foreign investment in private schools. Back in 2017, Education Minister Tarek Shawki blocked licenses to schools offering an American high school diploma on the basis that the US relies on multiple boards of education to certify quality and curriculums, instead of a single one.

Yet there is no denying that the popularity of international private schools rests in their ability to get their graduates into foreign universities, especially when considering that students have to go through the hurdle of standardized tests such as the IGCSE’s, SATs, and IB. Curriculums offered at international private schools are based on internationally recognized standards, according to El-Shihy. It would be difficult to veer away from clear targets outlined by international learning institutions like the British Council, Cambridge International and Pearson Education, he said. Furthermore, many of the practices we’re seeing now — whether it is the education reforms or mass adoption of e-learning — started out in the private sector. The trope also falls apart on the higher education level, where the government has made it a matter of policy to “internationalize” private and public universities. Furthermore, graduates of top name international schools such as AUC have found success in the job market, where 86% of students who used the AUC Career Center’s services in 2017 have found employment.

These skewed portrayals in the media haven’t dampened demand for quality education: Demand for private school enrollment isn’t declining — 2.5 mn students are looking for kindergarten seats this coming fall, Mostafa tells us. And appetite for university seats is just as strong, says Abada Sarhan, president of Future University in Egypt.