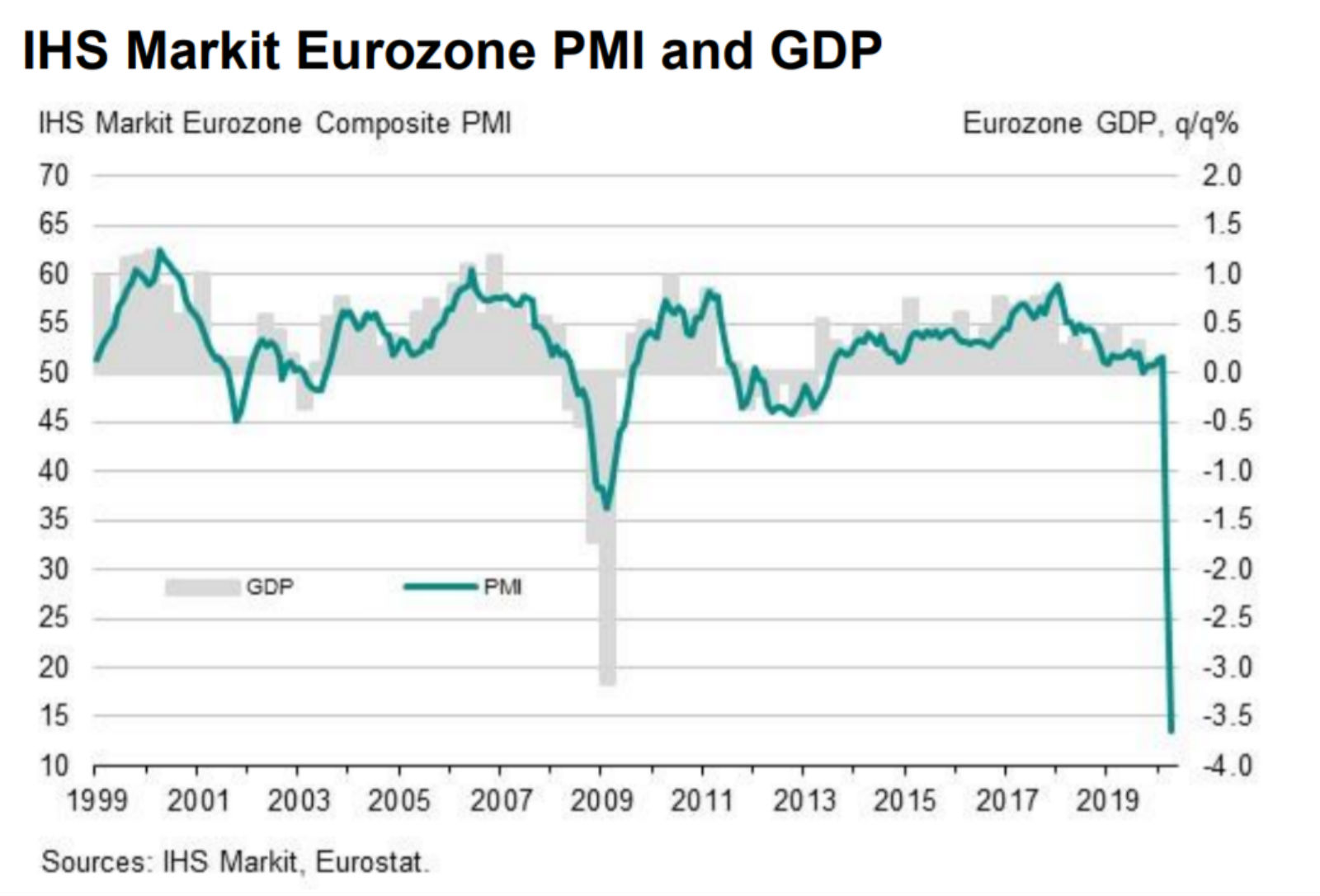 The Weekend in Macro: Surprising no-one, European flash PMIs suggest horrific contraction in April: The IHS Markit Flash Eurozone Composite purchasing managers’ index, which combines the services sector and factory output, reached an all-time low of 13.7 in April, down from 26.4 in March.

Europe’s service and manufacturing sectors nearing collapse: Services “bore the brunt of the impact from the lockdown measures,” with the reading for the services PMI coming in at 11.7 in April — its lowest level since July 1998 — as the hospitality and travel markets grounded to a near halt, according to the flash PMI release. “Manufacturing also saw a record” as the factory gauge more than halved to 18.4 during a month which brought about “unprecedented damage,” IHS Markit Chief Economist Chris Williamson was quoted as saying.

Developing countries could witness a deeper recession than initially expected if consumption and investment don’t rebound quickly enough post-corona, senior World Bank officials have warned, according to Reuters. In a baseline scenario, the bank expects a “grim” 2% economic contraction in developing countries, but the situation could be much worse, leading to a drop of up to 3%, if investment and consumption remain curtailed.

Diaspora bonds could be a way out of the FDI slump, the bank said. According to its projections, the bonds — sold by emerging countries to their expats abroad — could help offset the sharp 37% expected fall in emerging-market FDI this year, potentially raising up to USD 50 bn a year.