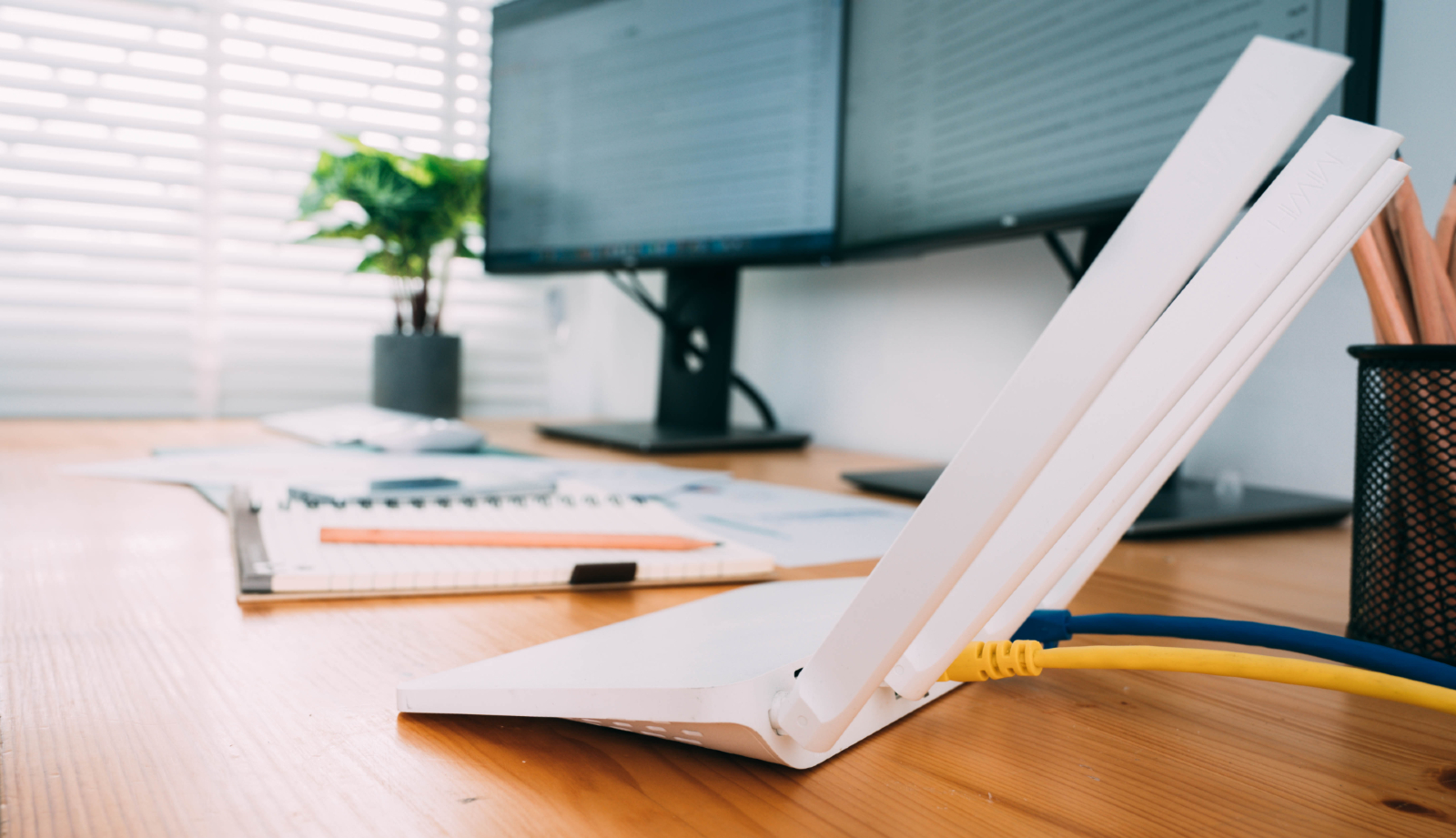 How Egypt’s ICT and telecoms sectors have kept us all up and running during the lockdown: So far, Egypt’s telecommunications infrastructure has been able to withstand the added pressures of working from home, curfew, and an increased reliance on e-learning, e-payments and finance, voice-over IP applications and other online services. We sat down with the leaders of the sector in both the public and private sector, who told us how a combination of capacity building, customer relief efforts and a focus on online platforms has helped keep our heads above water. They also discussed what more could be done and how, moving forward, we can maintain the technology leap we’ve gained during the crisis and benefit from this experience.

In Egypt, we’re seeing a 40% year-to-date increase in traffic, Orange Egypt’s Chief Enterprise Line of Business Officer Hisham Mahran tells Enterprise. And this pressure in Egypt is compounded by global pressure, as traffic around the world has increased fourfold during the covid crisis, he added. While all mobile network operators (MNOs) are reporting an increase in traffic across the board, Orange is noticing a spike when it comes to education in particular. Social media and entertainment is also seeing especially high traffic during curfew hours, which begin at 7 pm.

That’s why we can see a lag during those times, CIT Minister Amr Talaat tells us. It’s not only that we’re all at home at those hours, but global traffic to social media, entertainment and other major sites is causing a slowdown from their end.

Usage data is reflecting our changing habits and compliance with policy. We’re seeing a 50% increase in mobile internet usage at home, said Vodafone Egypt CEO Alexandre Froment-Curtil. On the other side, we’re seeing a significant decrease in usage at offices, he added. We’re also noticing a decline in internet traffic on major highways, which fall to non-existent when we get to curfew hours.

So with this surge in demand, how has the sector been able to keep up?

Step 1 — industry and gov’t have worked together to boost capacity: The CIT Ministry is focusing on enhancing the capacity of international gateways, which route data from global websites to our offices and homes, Talaat said. “The major bottleneck we’re seeing is in getting the equipment that will enhance international gateways.” But the ministry has been working on it, resulting in an increase of 50% in capacity for the inflow and outflow of data through international gateways, he added.

The government is also ramping up its fiber optic installment with an eye towards increasing internet access to 75% of the population in 2020 for both mobile and fixed internet, said Talaat. The ministry hopes to add 1 mn new homes to the fiber optic network this year.

Scaling up operational capacity in the private sector: For its part, Vodafone Egypt has been working for the past few weeks on boosting indoor capacity and reach of signals in Cairo and Giza to ensure proper connectivity indoors, said Froment-Curtil. Meanwhile, Orange Egypt has had teams on standby 24/7 to attend to sites and towers to accommodate the increase in traffic, said Mahran. The company has also been developing digital tools and applications that will help business customers manage their internet consumption more efficiently, he added.

The challenge for the private sector has been to adapt to this increase in demand while maintaining safety procedures for their staff. From the onset of the crisis, MNOs have been dowing whatever they can to allow their people to work from home. Vodafone has had 100% of its workforce (8k employees) working from home for the past 12 days, including customer care employees, according to Froment-Curtil. Orange Egypt currently has 90% of its workforce from the head office and its customer care teams working from home. Equipment and software have been set up at their homes and services are fully operational, Mahran tells us. The company has also been implementing a “smart queuing” system that has allowed its retail employees to work from home, Mahran said.

Legacy capacity building and operational experience has been helping: Everyone we’ve spoken with credits past plans to boost capacity with giving them the ability to keep up with current demand. Egypt’s internet speeds have quadrupled over the past year, with the average rising to 27.09 MB/s in February 2020, up from 6.63 MB/s in February 2019, Telecom Egypt told us. The company had earmarked EGP 17 bn towards building up capacity in 2019 and 2020, the statement read. Operational experience has also kept companies prepared. Vodafone, for instance, routinely does an upgrade to its network during the spring, ahead of the Ramadan season, Froment-Curtil said.

What can we do to boost our capacity further? Allocate more spectrum to operators right now, says Froment-Curtil. “This is a policy we’ve seen the US, South Africa, and Saudi Arabia adopt, with Jordan expected to follow suit. Once these countries realized that we are in emergency territory, they handed out more spectrum overnight,” he added. The benefits of such a policy can be felt almost immediately by the citizens. Other steps to boost capacity include expanding Telecom Egypt’s international gateway. The benefits of this, while important, won’t be immediate and will need months to implement, he says. Then it’s up to operators to upgrade Egypt’s 9k telecom towers.

Don’t expect 5G to play a major role in capacity building in the near future: When it comes to B2C, 5G is not particularly useful at this time, said Talaat. Few phones on the market now are 5G-ready and those that are cost over USD 1k — a price point that isn’t accessible to most consumers, Talaat noted. The government, however, is moving forward with introducing 5G for manufacturing and infrastructure.

Step 2 — initiatives and consumer outreach: This is particularly obvious when looking at certain key sectors. From the onset of mandatory e-learning last month, the industry took a united stand to boost capacity with an initiative led by the CIT Ministry. All four major MNOs and telecom infrastructure owner Telecom Egypt announced that they would increase the internet bundle download quotas by 20% at no charge for all its customers. This initiative came at a cost of EGP 200 mn collectively for the sector, Talaat told Enterprise. Many school operators — who were the target beneficiaries of the initiatives — have been telling us of the successful launch of their online platforms since e-learning was instituted. Talaat also noted the success of the Education Ministry’s mock online exams, ahead of the rollout of online exams nationwide at the end of the academic year.

The sector has mobilized to help healthcare as well, with Vodafone extensively focusing this week with projects for the Health Ministry, Froment-Curtil tells us. These include providing no-charge internet access and data to hospital staff.

But beyond that, MNOs have been working with their business customers to help them on issues with payment. Both Orange and Vodafone had reached out to businesses, particularly in the hardest hit sectors such as tourism, to help them find solutions. Both companies tell us they have also been offering flexible payment terms to customers who are facing difficulties in making payments.

Step 3 — focusing on online platforms, services and content: Concurrent with the launch of the education initiative, the CIT Ministry has been operating online education platforms that are being used by public school students. The use of these services will not count towards the ADSL bill, Talaat had previously said. Content will feature heavily in the ministry’s medium to long term strategy, he tells Enterprise. “We’re currently in serious negotiations with online education providers in order to make their content available here.”

For its part, Orange has also been focusing on providing digital and cloud-based services and solutions and making them available at no charge, said Mahran. These include providing cloud-based video-conferencing app Avaya Spaces without charge for schools. It also launched its Go Taleem service for education. Meanwhile, the Vodafone Egypt Foundation launched its e-learning platform “Ta3limy” in collaboration with Nahdet Misr, alongside its e-learning management system Ready School.

With crisis comes opportunity: By and large, Egypt’s telecommunications infrastructure has held the line during the crisis, which in itself is a success story. But MNOs and the CIT Ministry agree that the crisis could have a lasting people on how workplaces operate — and how students learn. For CIT Minister Talaat, that means more services and content. For Vodafone’s Froment-Curtil, expanding digital inclusion in an under-served market like Egypt is the opportunity. For Orange’s Mahran, cloud-based solutions will play a major role in allowing businesses to be agile and less reliant on geographic limitations.

All agree: The sector cannot rest on its current laurels and get complacent.

Orange is using a smart queuing system and not a smart cube system.