The EGX30 closed Thursday in the green for the first time in weeks: The benchmark EGX30 closed in the green on Thursday for the first time in two weeks, rising 5% by the closing bell. The index closed in the red since 10 March as investors fled equities amid a global sell-off prompted by covid-19. The Madbouly government’s cuts to energy prices as well as to stamp and dividend taxes only slowed the selloff. Thursday’s gains came as state-owned National Bank of Egypt and Banque Misr said they had pushed a combined EGP 3 bn into equities in a sign of confidence in the market.

Investor protection fund to enter the market? Also on Thursday, Financial Regulatory Authority Chief Mohamed Omran said in a statement that the Investor Protection Fund could invest as much as 10% of its EGP 4 bn war chest in propping up the market. The proposal still needs cabinet signoff.

The EGX closed the week down nearly 18% and is now off just a hair over 34% since the start of the year.

EGX companies continued their wave of stock buybacks under the loosened rules on the practice. We count 10 companies that have executed buybacks in the past few sessions, including EK Holding (in two transactions here and here), Arabia Investments here and here), GB Auto here and here) and both Raya Holding and Raya Contact Center. 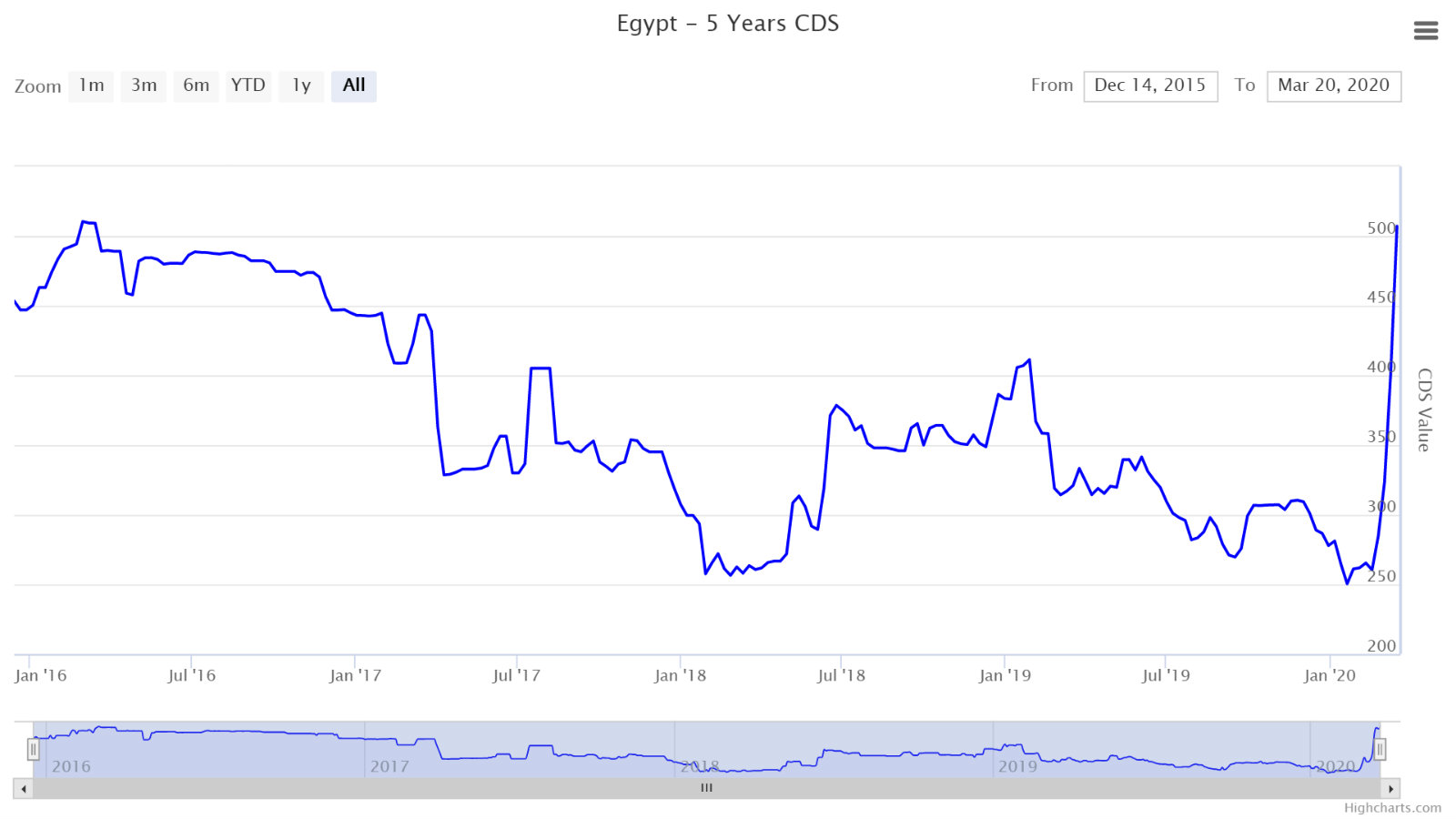 Bondholders sold EGP 23.1 bn of Egyptian debt in the secondary market from the second half of February to the end of last week, the local press reported, citing market data. That’s but a drop in the ocean: Foreign holdings of Egyptian bonds amounted to EGP 310 bn at the end of February.

Still, debt investors are getting edgy: The cost of insuring against losses on Egyptian bonds over five years (the Egypt 5Y credit default swap) doubled to 519.5 bps from the third week of February to the end of last week.