Can Egypt be ready for the next ‘dragon storm’? 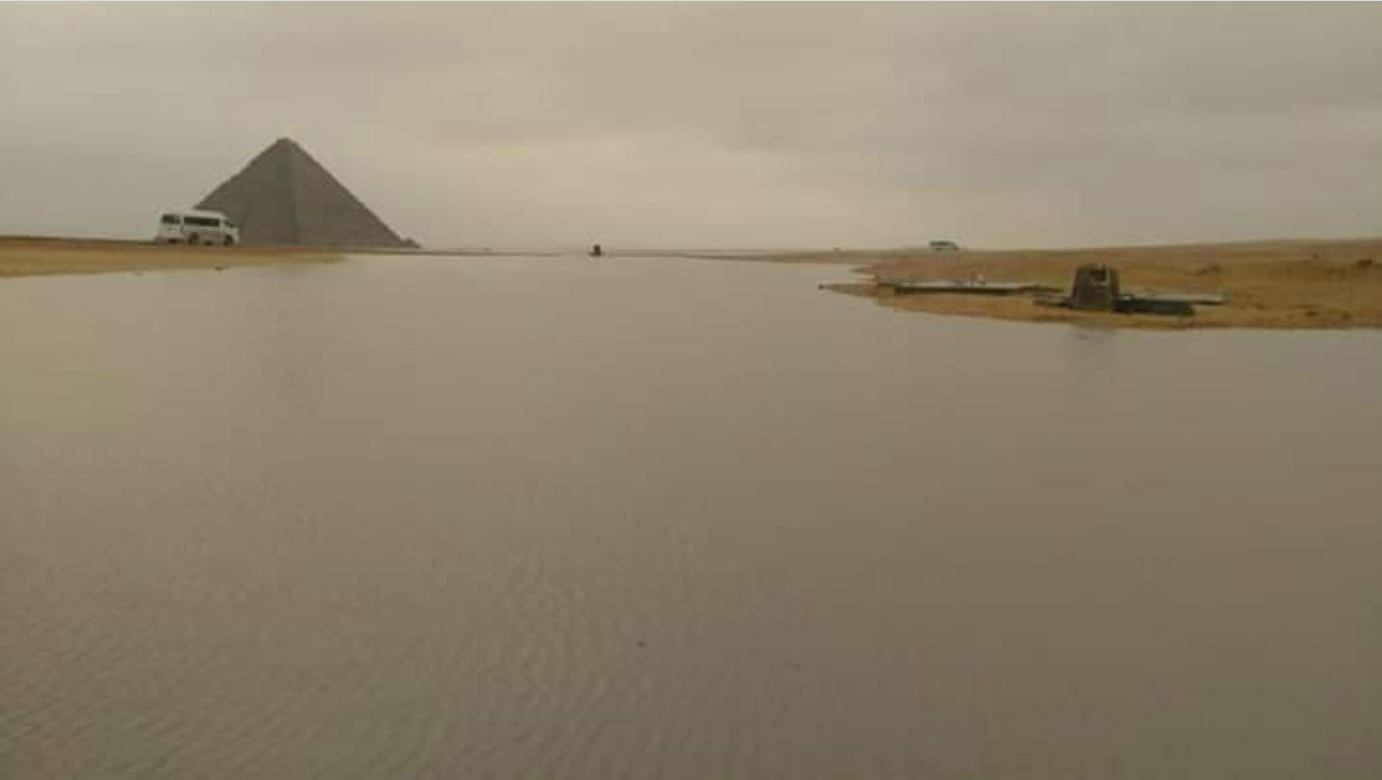 Can Egypt be ready for the next ‘dragon storm’? Even if you were living under a rock, chances are you were impacted by the rain, wind, sand, and lightning that pummeled the country last Thursday and Friday. The so-called ‘dragon storm’ reportedly resulted in 21 people being killed, caused widespread power outages, travel disruption, passenger train collisions and infrastructure damage as roads flooded and several buildings collapsed. Prime Minister Moustafa Madbouly described the level of rainfall as unprecedented in recent decades. Complicating matters: The storm hit as Egypt was on the ramp to the covid-19 epidemic — itself an unprecedented crisis.

Counting the costs of the dragon storm: President Abdel Fattah El Sisi met with the Madbouly Cabinet yesterday to discuss the impact the storm has had on Egypt’s infrastructure, with a preliminary figure of EGP 1.2 bn bn given as the cost of damages, according to an Ittihadiya statement. The president instructed them to conduct a comprehensive review of the nation’s readiness to handle these unstable weather conditions. The breakdown of the damages, according to the statement is as follows:

Al Ahly Sabbour for Real Estate Developments founder Hussein Sabbour concurs with this assessment, telling Enterprise that developing rainwater infrastructure is one of the most expensive infrastructure development projects out there. He questions their merit in the face of heavy rains that fall only around seven days out of the year. There have been proposals for a drainage system that would harvest rainwater and then use it to generate electricity, he tells Enterprise. However, these plans were put to bed as they were deemed highly impractical. He noted that his company, which is working on the utilities in the new capital, will not be developing one there.

Both Saad and Sabbour suggest that Egypt’s current wastewater system could be adequate despite not being able to handle a massive influx of rain in a short span of time. Cairo’s wastewater system can handle around 5 mn cubic meters of water per day, which is a significant amount of water under normal circumstances, Saad had said. Sabbour notes that the amount of water that fell during the dragon storm was indeed absorbed by the current wastewater and sewer systems — it just took longer for them to do so.

Why focus on new rainwater drainage systems, when many in Egypt still need basic wastewater systems? Focusing on developing a parallel rainwater drainage system is not tenable, when only 65% of Egypt’s population has access to them, Assistant Housing and Utilities Minister Tarek El Rifai tells Enterprise. The government is currently focused on increasing the wastewater and drinking water coverage for those Egyptians that don’t have it. That should be the priority, he says.

And even those systems are in need of funding: Egypt’s current FY2019-20 budget has allocated EGP 1.5 bn in funding towards wastewater, even though our wastewater management systems need between EGP 3-4 bn annually to be maintained at operational level, El Rifai tells Enterprise. He noted that the government does provide additional funding when required. In FY2018-19, the government raised the ministry’s allocation to EGP 2 bn from an initial EGP 1.5 bn, he says.

Our high birth rates are not helping either: El Rifai also noted that Egypt’s wastewater systems are built to last around 30 years, but changes in demographics and high population density affects the quality of these systems, necessitating increased maintenance.

Even upgrading our existing network to accommodate increased rainfall appears to not be practical. Upgrading the current system throughout Egypt to handle more rainfall would cost EGP 300-400 bn, says Khaled Seddik, who heads the government’s informal housing redevelopment project.

So is all hope lost? Depends on your geographic location. Communities located on the high ground have found workarounds between the new requirements of water drainage and the high costs of developing them, Seddik suggests. The Asmarat neighborhood redevelopment project in Muqattam had utilized the area's geography to build a highly efficient wastewater system that kept it dry. The neighborhood’s elevated area was used to funnel out much of the rainfall. That wastewater system cost only around EGP 750 mn, said Seddik. The Madbouly Cabinet’s report on the damages suffered during last weekend’s dragon storm had particularly noted extensive damages to lowland residential areas, where water had accumulated.

Certain neighborhoods were hit harder than others, so the problem would only need to be fundamentally looked at in certain wet zones. The cities of 6 October and Sheikh Zayed were largely spared the deluge of New Cairo because they were built on a more solid and rocky bedrock than the sandy one of New Cairo, said Mohamed El Bustani, who heads the New Cairo Real Estate Developers Association. This would make a comprehensive, nationwide system of rainwater drains in all areas highly impractical.

Others are proposing local funding solutions, including El Bustani. He proposes using the neighborhood's affluence to spur funding for such a crucial infrastructure project, especially considering that New Cairo was among the hardest hit by last weekend’s storm. Real estate developers in New Cairo already pay fees of 1-3% of the value of their land to the city’s municipalities. Considering that land prices in New Cairo cost between 6.5-24k per sqm in the compounds, the neighborhood could cover the costs of developing a separate drainage network if they repurposed those fees, he suggests.

Ultimately, there is no immediate magic pill for an unprecedented crisis. Disruptive weather patterns resulting from climate change are a problem that most cities who have been hit by them are still struggling to figure out. Take the US for instance, where even after the 2005 hurricane Katrina (whose damages are estimated to be in the USD 117-125 bn range), there followed Sandy (USD 74 bn in damages) in 2012, and Irma (USD 77 bn), Maria (USD 90 bn), and Harvey (USD 125 bn), all in 2017. Unless climate change as a whole is addressed, we will constantly be dealing with ever increasing irregular weather and any major attempts to resolve it, risks simply being today’s band aid solution.