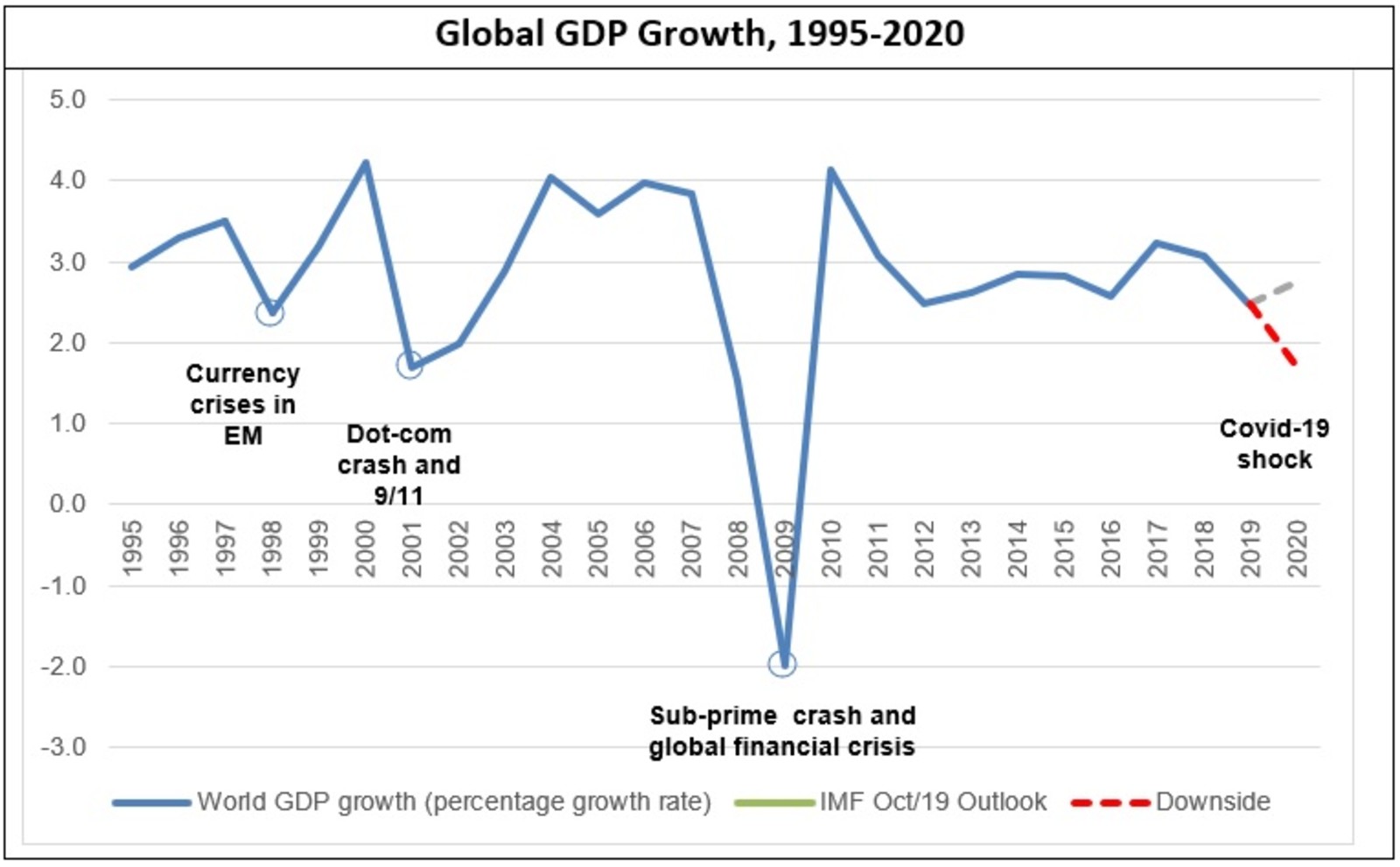 UNCTAD says covid-19 could take a USD 2 tn swing at global income: Global income could fall as much as USD 2 tn from initial 2020 projections because of the covid-19 outbreak, according to a preliminary downside scenario from UNCTAD. USD 220 bn of the total will be incurred by developing countries (excluding China) and the worst-affected countries will be oil and commodity exporters. Countries that have strong trade links with economies that had a wide spread initially will also bear the brunt of the income loss. The most affected countries stand to lose more than one percentage point of growth. A complete analysis of UNCTAD’s forecasts can be found here.

The spread of the coronavirus could cause global foreign direct investment (FDI) to shrink by 5-15% with the automotive, aviation, and energy industries expected to be most affected, according to a separate UNCTAD report. The UN trade body had forecasted (pre-corona) a stable level of global FDI inflows in 2020-2021 with a potential increase of 5%. Post-outbreak estimates warn that FDI flows may be at their lowest levels since the 2008-2009 financial crisis, should the epidemic continue throughout the year.

The report also estimates that companies have lowered earnings forecasts for FY2020 by an average of 9%, largely on the back of a slowdown in manufacturing and the disruption of world trade. A separate report estimates these disruptions could result in a USD 50 bn decrease in exports across global value chains. The ripple effect of the slowdown has most affected sectors including precision instruments, machinery, automotive and communication equipment, with the EU being the most affected economy.