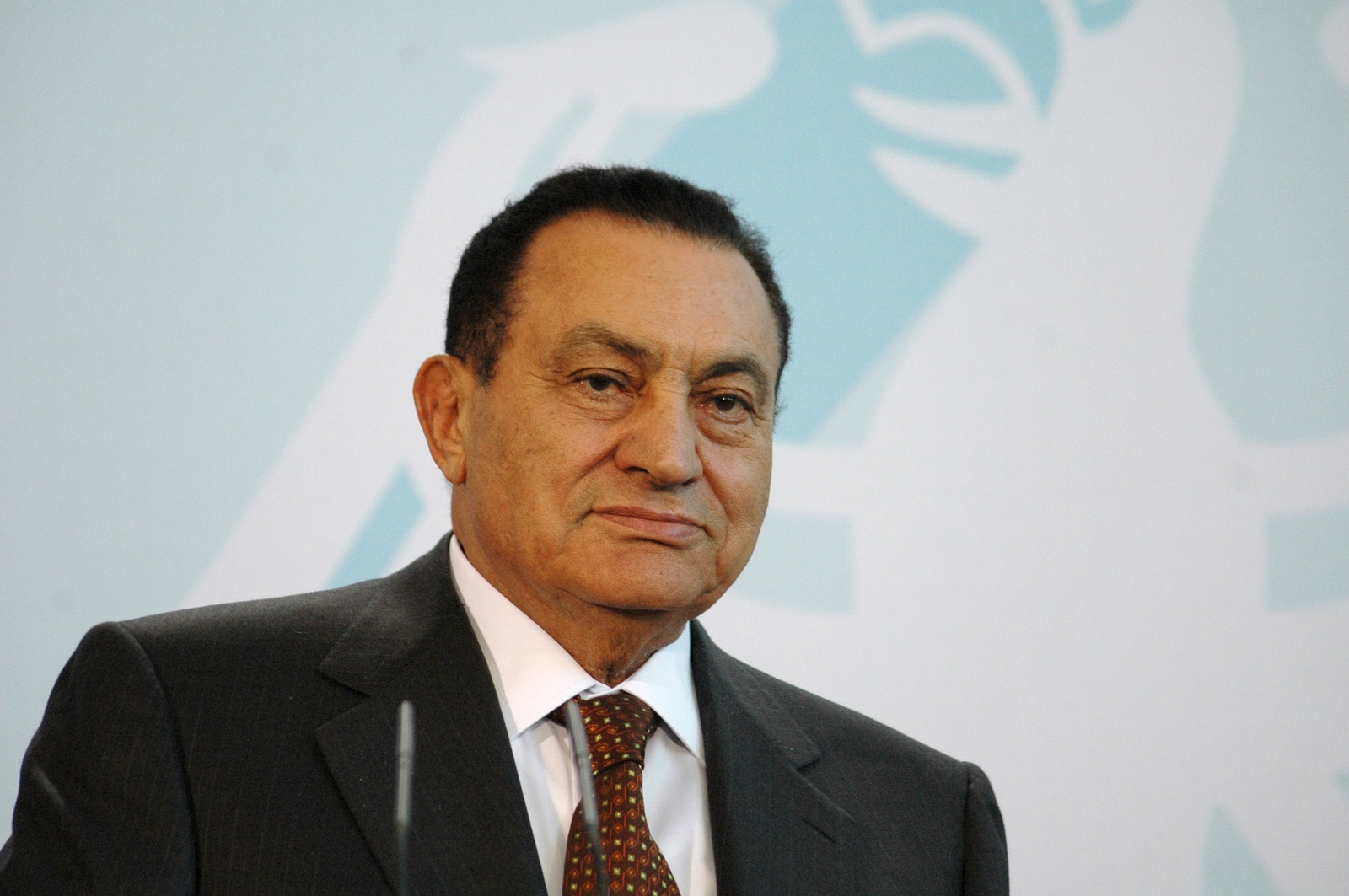 Former president Hosni Mubarak died at a military hospital yesterday at the age of 91, his oldest son, Alaa, confirmed on Twitter yesterday. State TV also reported the news in the early afternoon. He had undergone surgery earlier this month, after which Alaa said he was in “stable condition,” but later said the former president was in the ICU. He is survived by his wife, Suzanne Thabet, and sons Gamal and Alaa.

Condolences began rolling in shortly after confirmation of Mubarak’s passing, with Ittihadiya, cabinet, and the Armed Forces leading the way. Israeli Prime Minister Benjamin Netanyahu and Palestinian President both issued statements, according to the Associated Press. The leaders of Saudi Arabia, Bahrain, the UAE, and Kuwait also offered their condolences, Ahram Online reports.

A polarizing figure in politics since his departure from the scene, Mubarak’s economic legacy is mixed. While he’s generally seen as having paid scant attention to the economy in the 1980s (other than continuing Sadat’s Open Door policy), the long-serving president negotiated debt forgiveness and structural adjustment program that got it IMF backing and convinced the Paris Club of creditors in 1991 to forgive half of the country’s USD 20 bn in debt at the time. Later that decade, Mubarak’s administration brough the stock exchange back to life and gradually created room for the private sector to flourish as it moved ahead with privatization programs, tried to trim red tape, and sought to clarify tariffs and taxes. That process culminated in the appointment of the reformist Prime Minister Ahmed Nazif, who presided over a period of sustained economic growth in the late 2000s. Mubarak also funded and refused to rationalize a subsidy program whose ruinous energy subsidies were at the root of the economic crisis that took hold in the years since the 2011 revolution that toppled him.

The foreign press was all over the story, with some carrying customary obits and others taking a crack at commenting on his reign — and if the domestic press was mostly laudatory, the international press has taken a more commentary-laden approach to assess Mubarak’s legacy. The Associated Press, Reuters, the Financial Times, the Wall Street Journal, and Deutsche Welle took the basic factual route in reporting the former president’s death. The New York Times also was out with a video obituary recapping his presidency, ouster, and trials (watch, runtime: 4:51), while former Cairo bureau chief Michael Slackman turned in the paper’s official obituary, likening Mubarak to a “modern day Pharaoh” whose place in history was “upended.” Other outlets, including the Guardian, Foreign Policy, the Economist dissected the former president’s economic and political legacy, saying he was responsible for ushering in an era of economic growth that was undermined by low living standards, corruption, and political repression. Typical of commentary from the think tank set is the US think tank Brookings. The New York Times’ Declan Walsh and Nada Rashwan, the Washington Post’s David Ignatius, and Reuters Breakingviews’ Ed Cropley also offer their two cents on the lessons Mubarak leaves behind for contemporary Egypt.