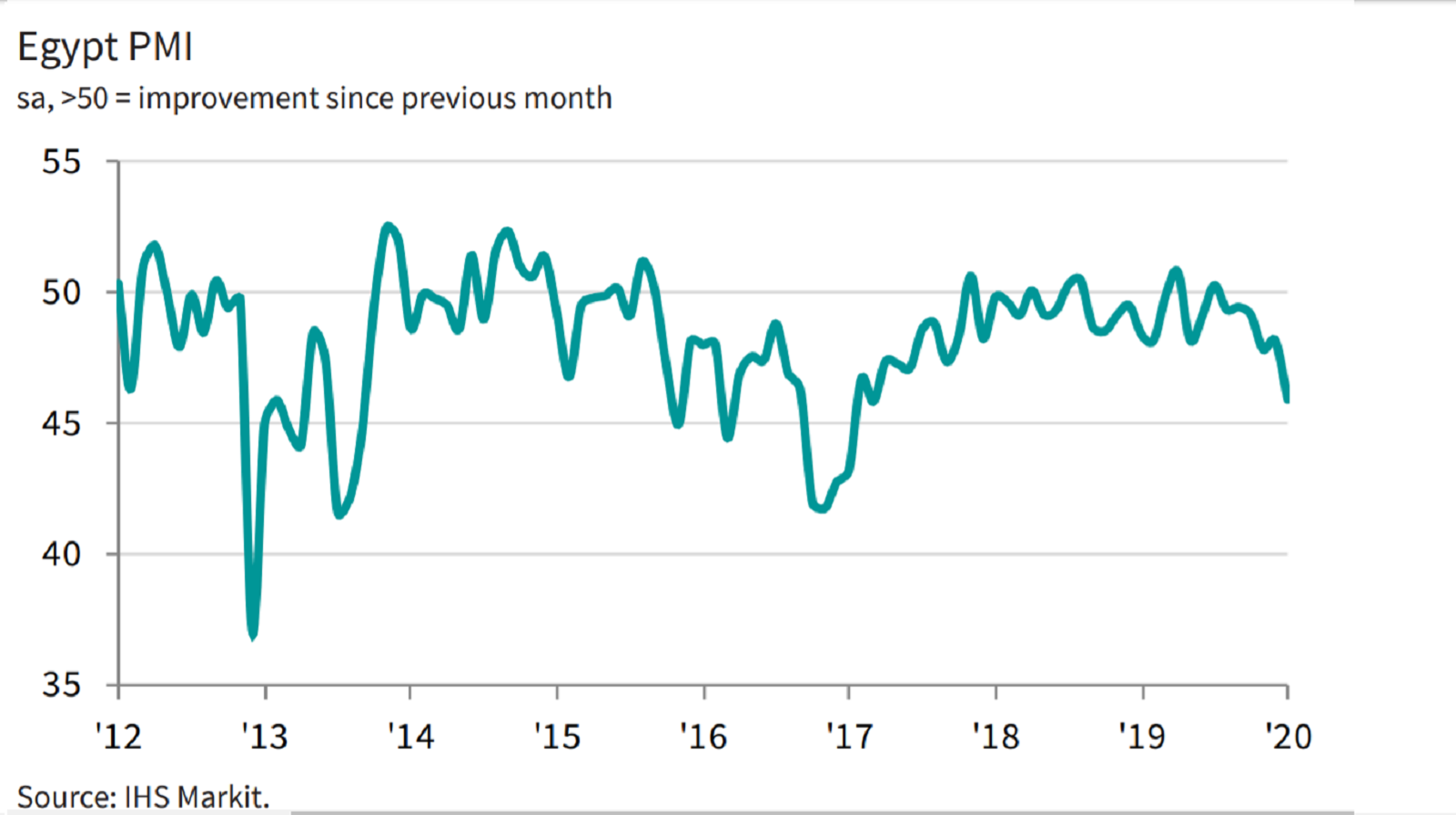 Non-oil business activity sinks to three-year low: The contraction of activity in the non-oil private sector accelerated in January to a rate not seen since January 2017, according to the IHS Markit purchasing managers’ index (PMI) (pdf). The PMI gauge dropped to a three-year low of 46.0, down from 48.2 in December. A reading above 50.0 indicates that activity is expanding, while a reading below that mark means it is contracting. The sector’s health has been in decline for the past six months, in what is now considered “a solid deterioration.”

Falling output and weakening sales both contributed to the slowdown in activity, responders said. The drop in new orders was the sharpest seen in almost three years, as purchasing activity fell at its quickest rate in 28 months and export demand fell for the fourth straight month. The report notes that firms found that their reduced sales led to less input needs, which then limited purchases and stock levels.

Selling prices drop amid minor cost pressures: Companies have cut their prices for the third month running in an effort to stimulate demand. Firms were helped by a lower USD, while weaker demand translating into reduced cost inflation. But more expensive raw materials and increased living costs meant that expenses rose overall, albeit slightly.

Job numbers decline: Employment at non-oil businesses also dropped for the third consecutive month. January saw a trend of workers leaving in search of better jobs but not being replaced due to the weak demand.

Companies remain optimistic: Sentiment remains in keeping with what was seen on average over 2019, if slightly less upbeat overall. Respondents were divided on whether they expect to see output grow or the decline this year. Bloomberg and Reuters also had the story.