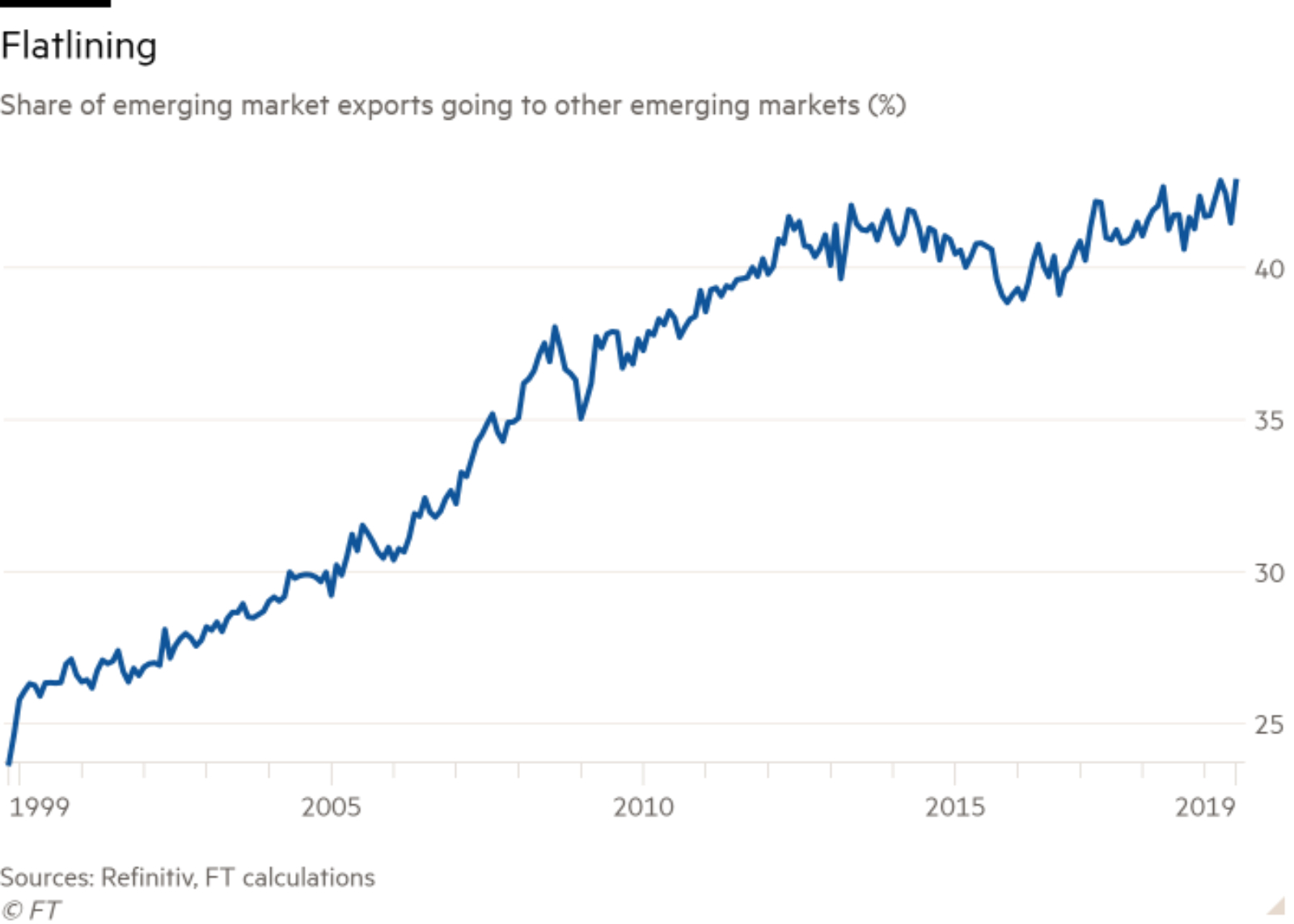 Trade growth between emerging economies is flatlining: Expectations that sluggish growth in developed economies would stimulate intra-EM trade look to have been proven wrong as trade between emerging economies continues to flatline, Steve Johnson writes in the Financial Times. Although EM exports heading to other developing countries did leap from 24% in 1999 to 41% in 2013, they have since stagnated, and still stood at just 41-42% last year. This is despite the fact that EM economies have been expanding at a faster rate than those of developed markets, witnessing GDP growth of 4.6% a year compared to 2% in developed markets.

There are a host of possible reasons for this: Experts appear divided over whether the stagnation is the result of structural issues, such as the slowdown in Chinese growth, or whether it is cyclical. Some economists argue that with the global web of supply chains having been established in the 1990s, the barriers to intra-EM trade are too entrenched to be easily overcome. Others attribute the lack of growth to the weakness of EM currencies in recent years: while EMs have seen significant GDP growth compared to DMs, their share of global GDP in USD has largely stalled since 2013, when it stood at 39.2% after a rapid rise from 19.7% in 1999.

And there’s no consensus on whether it will pick up. If south-south trade is to occupy a larger proportion of global trade, there needs to be “positive reform momentum” in larger emerging economies to pull in more commodities from other EMs, argues strategist Maarten-Jan Bakkum. He is one of several economists to see the potential for strong intra-EM trade growth, partially catalyzed by the US-China trade war. The trade agreement currently being negotiated by Washington and Beijing may impact EM exports, however. And a reversal of globalization threatens to undermine outsourcing from DMs to EMs, as well as global growth as a whole. Meanwhile, many EMs may have also fallen into the “middle-income trap,” argues economist Thomas Costerg, in which a shift away from export-oriented models has impeded productivity.