The World Economic Forum get underway this morning in Davos and runs through Friday. Read on for a taste of what’s attendees are debating or skim through the agenda here.

The IMF has forecast “sluggish” global growth over the next two years, revising downward its forecast for this year and the next in its annual pre-Davos update to its World Economic Outlook. The fund now projects global economic growth to come in at 3.3% in 2020 (down from 3.4% in its last outlook in October) and 3.4% in 2021 (down from 3.6%). The report attributes this “sluggish” pace of recovery to “negative surprises” in several EM economies such as India, and increasing social unrest.

The IMF expects EM growth to clock in at 4.4% in 2020 and 4.6% in 2021, marking a 0.2% downward revision for both years from the fund’s October forecasts. Growth prospects in the Middle East and Central Asia region have also taken a hit, with the fund now projecting 2.8% growth this year, down 0.1 percentage point from October.

The silver lining: Global growth looks like it bottomed out at the end of last year, and growth forecasts would have been even lower had it not been for the raft of monetary easing in several economies during 2H2019. The effects of the stimulus should continue to be felt in 2020, helping the global economy to recover in the early months of the year.

Capitalism has a PR problem: The majority of people surveyed in this year’s Edelman Trust Barometer believe that capitalism is doing more harm than good. The decades’ old survey polled 34k people in 28 countries and found that 56% of respondents saw capitalism as a negative force in the world. The results provide more evidence of a breakdown of trust in traditional institutions, with the majority of respondents losing faith in media, business and governing institutions. (Reuters | WSJ | CNBC | CBS | Quartz)

And corporate trust in the global economy isn’t much higher: Just a quarter of the 1,581 CEOs surveyed by PwC for its latest CEO poll (pdf) describe themselves as confident in their prospects for revenue growth in 2020 — the lowest proportion since 2009. Just over half see global growth slowing this year, while in the Middle East 57% expect continued slowdown with only 11% improved growth.

Technical and legal committees from Egypt, Sudan, and Ethiopia will be in Khartoum tomorrow to hammer out a draft agreement on the filling and operating timetable for the Grand Ethiopian Renaissance Dam (GERD) ahead of meetings at the end of the month. The final round of US and World Bank-sponsored talks in Washington last week ended without resolving key points of disagreement. The sides will return to Washington on 28-29 January to finalize an agreement.

Egypt to host trade event in Dubai tomorrow: The Egyptian embassy in Dubai will tomorrow hold a trade and investment conference to promote economic ties, Al Masry Al Youm reports. Egypt and the UAE have deepened commercial relations over recent months, with the UAE agreeing to set up a USD 20 bn investment platform with the Sovereign Fund of Egypt and the country’s investment council pledging to double its investments in Egypt to USD 14 bn by 2025.

Saturday is a day off for any private-sector companies for whom it would normally be a workday in official observance of Police Day, which is also the anniversary of the 25 January revolution.

Stuff you can go to this week and next:

EGP WATCH- January’s EGP surge against the greenback shows no sign of slowing, with the currency gaining another three piasters yesterday to reach 15.72 per USD. The EGP has now gained 28 piasters since 8 January when it was trading at exactly 16.00 per USD. 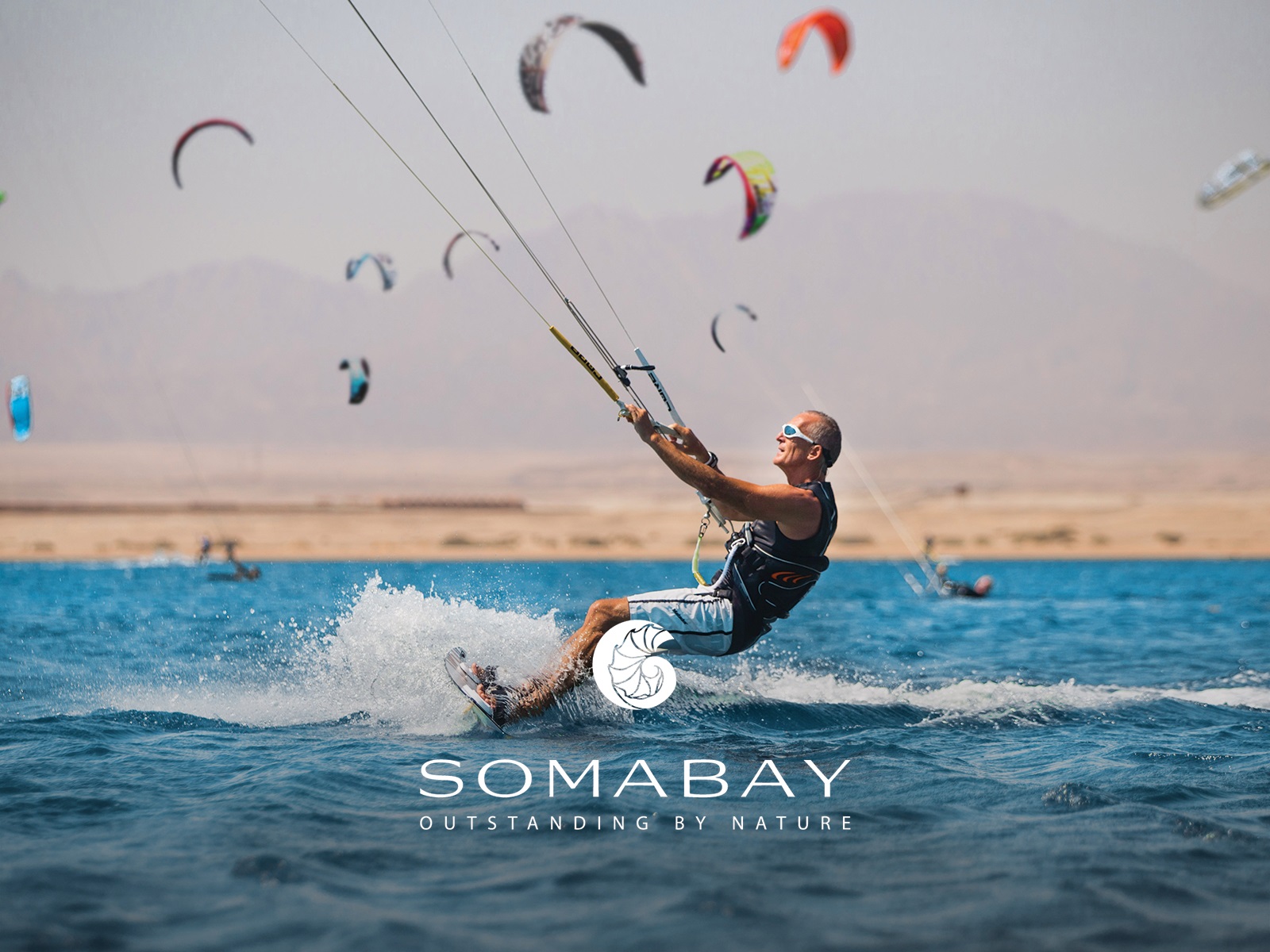 ***This is your last chance to take our annual reader poll: Tell us what you think will happen in 2020 and maybe get an Enterprise mug and our very own coffee. Every year we ask you, our readers, to weigh in on what you expect for the year ahead: Are you investing? Do you plan to hire new staff in 2020? How do you think the EGP will perform? What’s your take on interest rates? Tell us, and we’ll share the results with the entire community in early January to help you shape your view of the year. The survey is quick, we promise.

As a token of our thanks, we’re going to send up to 50 readers their very own Enterprise mug and a bag of our special coffee blend, produced in association with our friends at 30 North. Want a chance to get a mug of your own? Make sure you give us your name and complete contact information at the bottom of the survey. 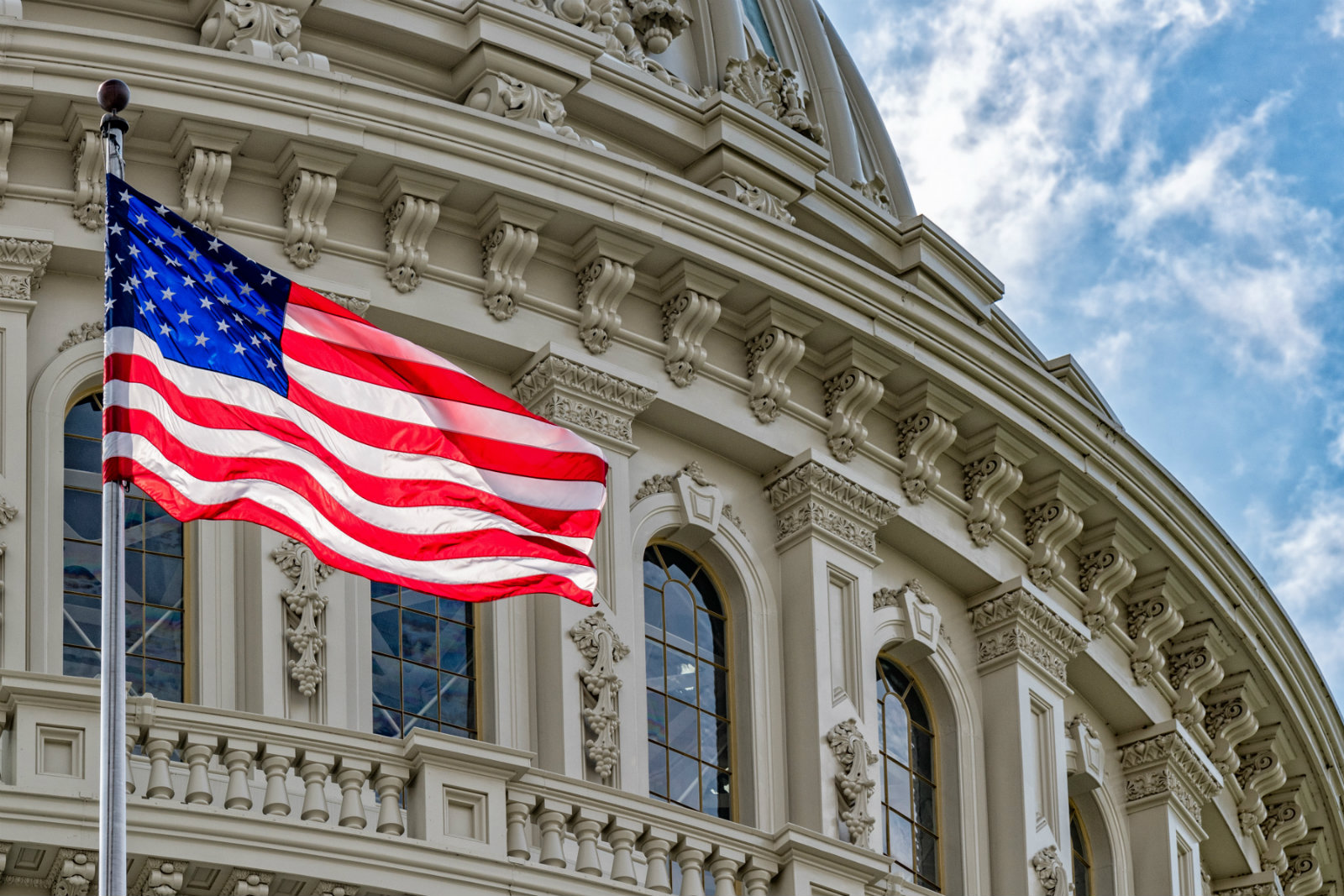 The third impeachment trial in US history begins today: Senate Majority Leader Mitch McConnell yesterday moved to block evidence against the president revealed in the House without a separate vote, hours after Trump’s defense team demanded that the Senate move quickly to acquit him, the New York Times reports. Trump’s lawyers put forward a legally-dubious case, asserting that the president cannot be removed for abuse of power or obstruction of justice because there was no specific legal violation.

With the tedium of the Democratic presidential debates over and done with, the race for the nomination is about to get serious. We’re just two weeks away from the starting gun of Democratic primary season, with the Iowa Caucus set to take place on 3 February. We seem to be down to a three-way race in the state, with progressive senator Bernie Sanders taking the lead in the latest Des Moines Register poll, with national frontrunner Joe Biden trailing behind Senator Elizabeth Warren and South Bend Mayor Pete Buttigieg. The New Hampshire primary will take place on 11 February, and the Nevada Caucus on 22 February, before the candidates head into Super Tuesday on 3 March when 15 states go to the polls. RTE has a full timeline of events as we start counting down to the 2020 presidential election. The New York Times editorial board, meanwhile, is making headlines for having endorsed two candidates representing two different paths for democrats: Elizabeth Warren and Amy Klobuchar. 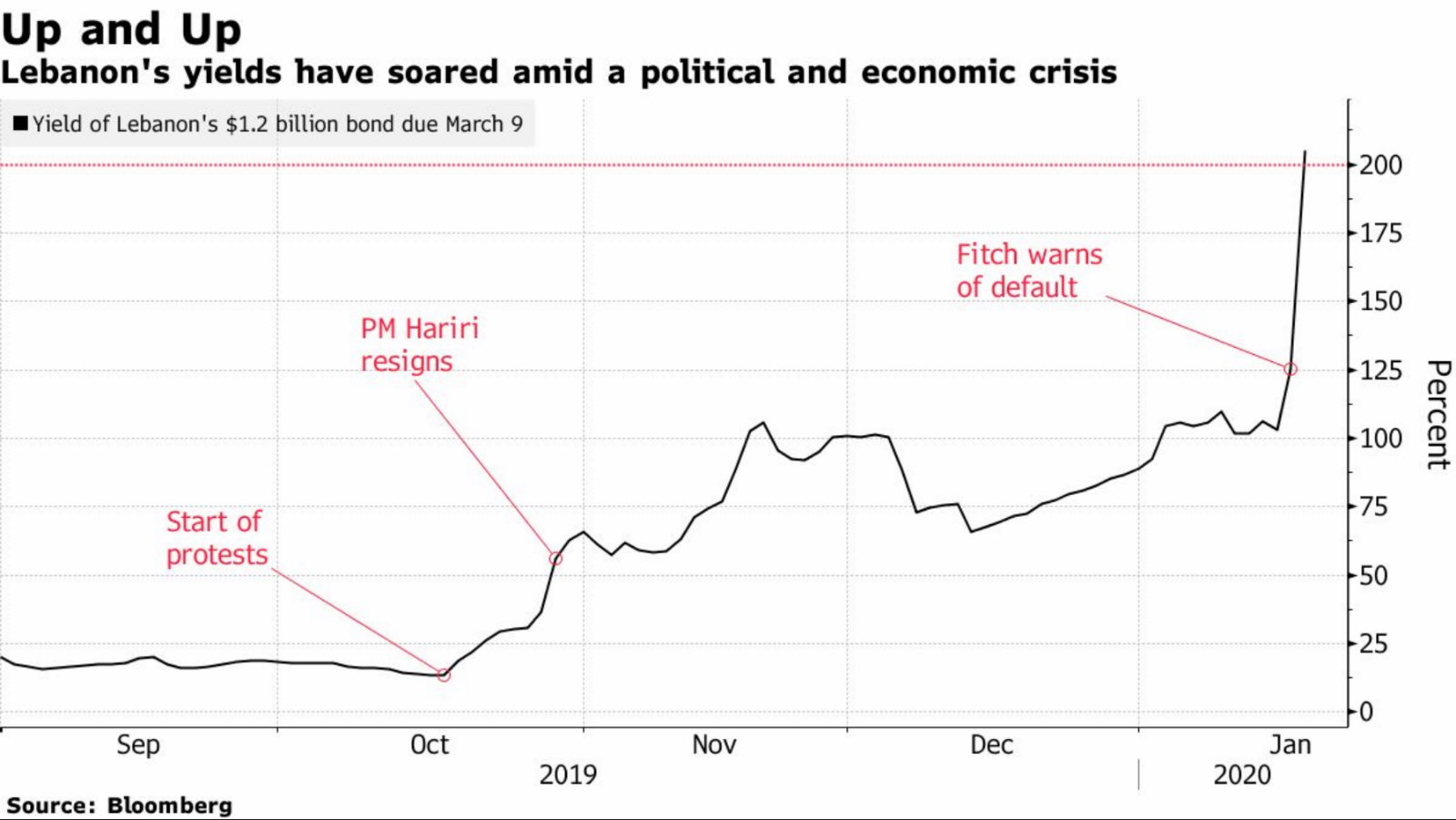 The yield on Lebanon’s next Eurobonds to mature rocketed to more than 200% last week amid renewed tensions between protestors and the police, according to a Bloomberg video (watch, runtime; 04:46). The USD 1.2 bn bond will mature on 9 March, and is being seen by investors as a key test for the country will default. The sell-off was triggered after Fitch warned that it would downgrade the country’s credit rating to ‘selective default’ if Central Bank Governor Riad Salamé went ahead with a plan to persuade local bondholders to swap into longer-dated bonds when it matures.

Bankers don’t think you’re rich unless you have USD 25 mn: For US elite private bankers, the benchmark for economy-class is higher than normal at USD 25 mn in investable wealth during an era described as one of hyper-wealth and hyper-inequality, according to Bloomberg. What is business class, then, you might ask. That’s USD 100 mn. First class? USD 200 mn. Private-jet rich? Try USD 1 bn. But it’s not all lush rides and fancy get-ups — being rich comes with its own set of complications, which wealth managers and bankers try to resolve by selling them “peace of mind.”

Speaking of wealth: Anyone else more than just a little uncomfortable that the 2k wealthiest people in the world hold more than the poorest 4.6 bn people combined? Canada’s CBC has more.

PSA- It looks like it’s going to rain today: The Egyptian Meteorological Authority is forecasting rainfall across Cairo as well as some cold weather to boot with a daytime high of 16°C and an overnight low of 9°C.