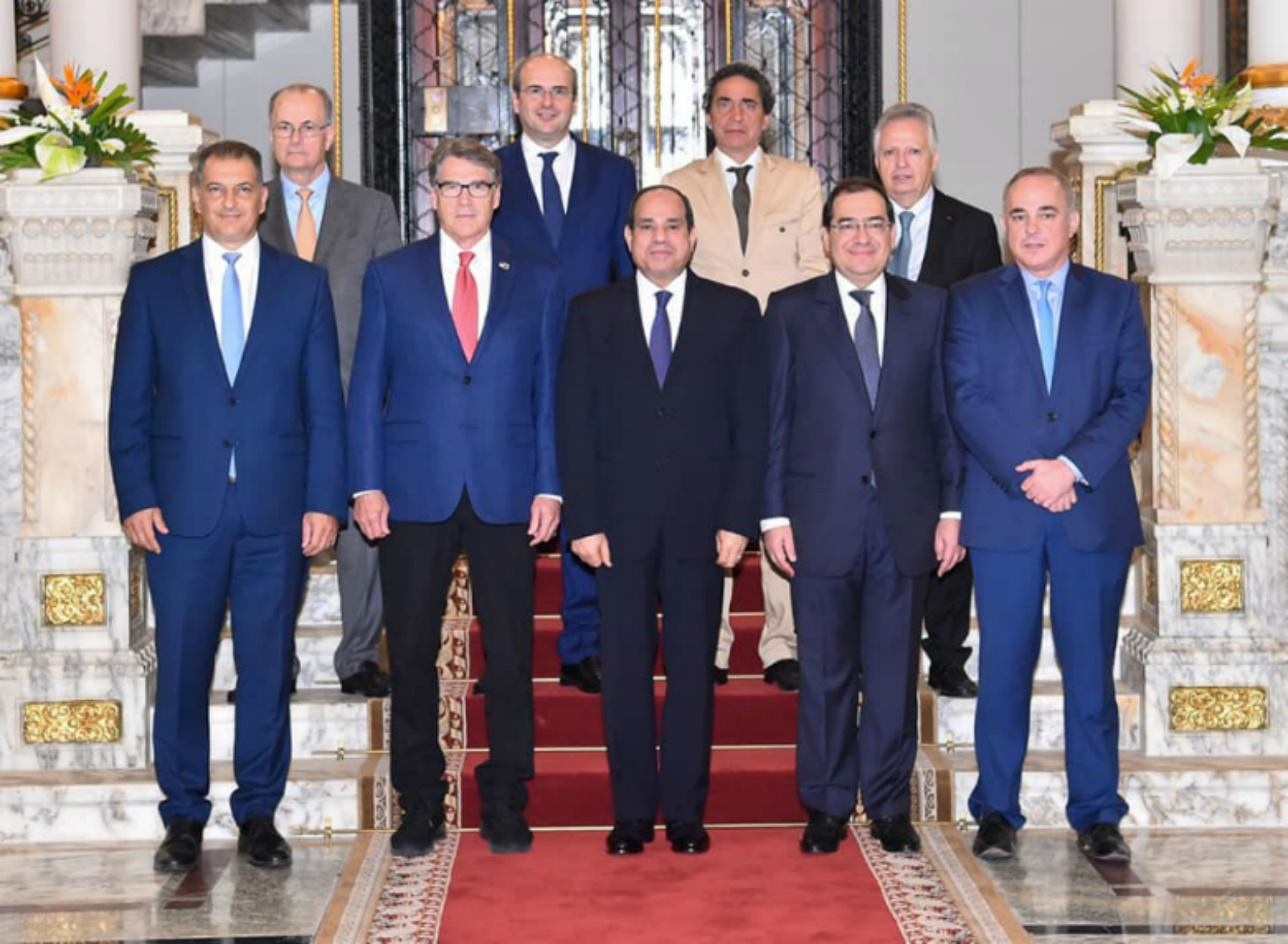 The EastMed Gas Forum is finally becoming a thing: Officials from the seven founding member states of the Eastern Mediterranean Gas Forum have finalized a charter that will officially establish the organization with Cairo as its headquarters, the Oil Ministry announced in a statement. The organization, which held its third annual meeting on Thursday in Cairo, will serve as a space for “structured dialogue” and the creation of shared regional energy policies, the statement said. The other founding member states are Greece, Cyprus, Italy, Israel, Jordan and Palestine.

Private, public sector companies also on board: An advisory committee that will include representatives of government-affiliated or private sector gas companies will be set up within the organization, Oil Minister Tarek El Molla confirmed at a press conference following the meeting.

We need the European Union’s blessing before pens can be put to paper. The European Commission will need to ascertain whether the charter complies with European law before EU member states are allowed to join, the statement said.

The charter has been in the works since the forum’s first launch meeting last year, in which the founding members agreed to move ahead with creating a regional market to develop the eastern Mediterranean’s estimated 122 tn cubic feet of gas reserves.

France and the US want to get in on the action: France formally requested to join the forum as a member during the meeting, while the US asked to be a permanent observer, according to a separate ministry statement.

Which brings us to the Turkey-shaped elephant in the room: Greek Energy Minister Kostis Hatzidakis told the forum that its members should work to bring Turkey into the fold provided Ankara respects international law. Turkey has recently escalated tensions in the Med due to its legally-dubious gas exploration activities off the Cypriot coast and its maritime border agreement with the internationally-recognized Libyan government.

Turkey’s Foreign Ministry threw shade on the idea, calling the forum on Thursday an “unrealistic initiative” started for “political motives” designed to shut Ankara out of the East Med gas rush. Turkish President Recep Erdogan on the same day announced that Turkey would push ahead with its gas exploration efforts and begin drilling as soon as possible this year.

The meeting came just two days after Israeli gas began flowing to Egypt: Egypt is initially importing 200 mcf/d of gas from Israel’s Tamar and Leviathan gas fields. Around 2.1 bcm of gas will be shipped each year from Leviathan alone, rising to 4.7 bc a year by the second half of 2022. Egypt could begin to re-export some of the gas to Europe within the next few months, Israeli Energy Minister Yuval Steinitz said last week. The landmark USD 19.5 bn agreement will see Egypt receive 85 bcm of Israeli gas over the next 15 years. Talks are also moving forward between the Cypriot government and its foreign partners to begin work on the planned USD 1 bn pipeline connecting its Aphrodite gas field to Egypt’s Idku LNG facility.

El Molla claims Israel pipeline plans unlikely to get off the ground: Israel faces a number of hurdles to achieving its goals of constructing a direct pipeline between its gas fields and the European mainland, El Molla told El Hekaya’s Amr Adib (watch, runtime: 7:46). The minister suggested that resistance in Italy due to environmental concerns, a potential lack of commercial feasibility, and the need to pass through contested waters could present issues for the project.

This is probably wishful thinking though: Although Italy’s foreign minister did cast doubt on the feasibility of the project over the weekend, Israel and Greece have already signed an agreement to begin work on the USD 6 bn pipeline, which threatens to undermine Egypt’s ambitions of becoming a regional gas hub.

In related news: Egypt has halved its natural gas exports to Jordan to 140 mcf/d from 350 mcf/d, an unnamed source told the local press. The decline was made at the request of the Jordanian government which has seen the country’s energy consumption fall during the winter.