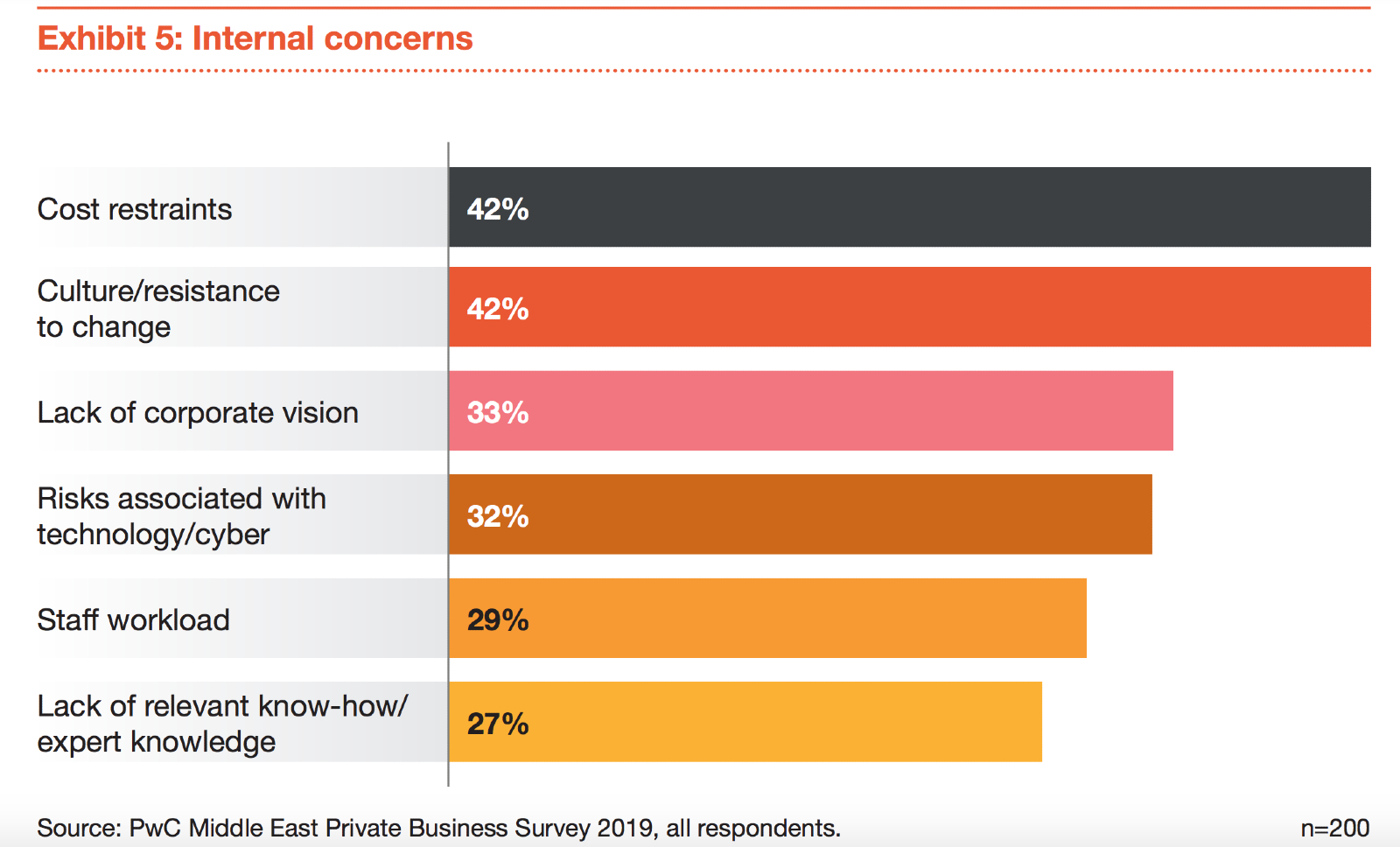 MENA businesses report performance slowdown, fueled by skill shortage and digitalization -PwC: Private businesses in the MENA region have been grappling with an economic slowdown over the past few months after saying they experienced years of “steady growth,” according to a PricewaterhouseCoopers report (pdf). Out of 200 respondents across nine countries — including Egypt, Jordan, Lebanon, and GCC members — less than 40% said that they had a good last quarter in 2019 and only half have a positive outlook on their profitability this year. “A cautious mood in the Middle East echoes global sentiment,” the report says, noting that economists have pointed to indicators that 2019 really did see a slowdown that is expected to persist this year on the back of trade tensions and declining growth in China.

Egypt and Jordan bucked the trend of businesses reporting a disappointing 3Q2019, with 80% of Egyptian businesses and 63% of those in Jordan saying they had “good” profits during the last three months of the year. Across the region, only 38% of survey respondents reported good profits during the period.

Egyptian businesses reported the highest rate of planned investment in digitalization among their regional peers, with 38% saying they’re planning on directing more than 5% of their investments towards digitalization. On a regional level, only 18% of businesses said the same, while the majority of respondents (40%) said that 1-3% of their total planned investments are earmarked for digitalization, suggesting that some businesses don’t necessarily see the full scope of how digital technology will be important. “Our findings suggest that many company leaders see digitalisation as a technical fix to solve specific issues; rather there may be much bigger benefits to viewing it as a holistic strategy to transform an entire company, especially at a time when the economic cycle suggests reinvention and renewal are important to prepare for the next era of growth.”

Businesses are reporting significant difficulties in finding and retaining employees with the skills and talents they need, particularly to help them advance their progress in digitalization, the report says. Nearly 40% said that a lack of personnel with the relevant digitalization skills have resulted in a loss of 5% or more of potential turnover, but the report notes that nearly half of respondents are still relying on in-house talents to “realize the full benefits of digital technologies.” PwC suggests that “private businesses may want to employ a digital strategy across the company to meet present and future needs” to stay ahead of increased competition for staff, accelerated digitalization, and a potential recession.