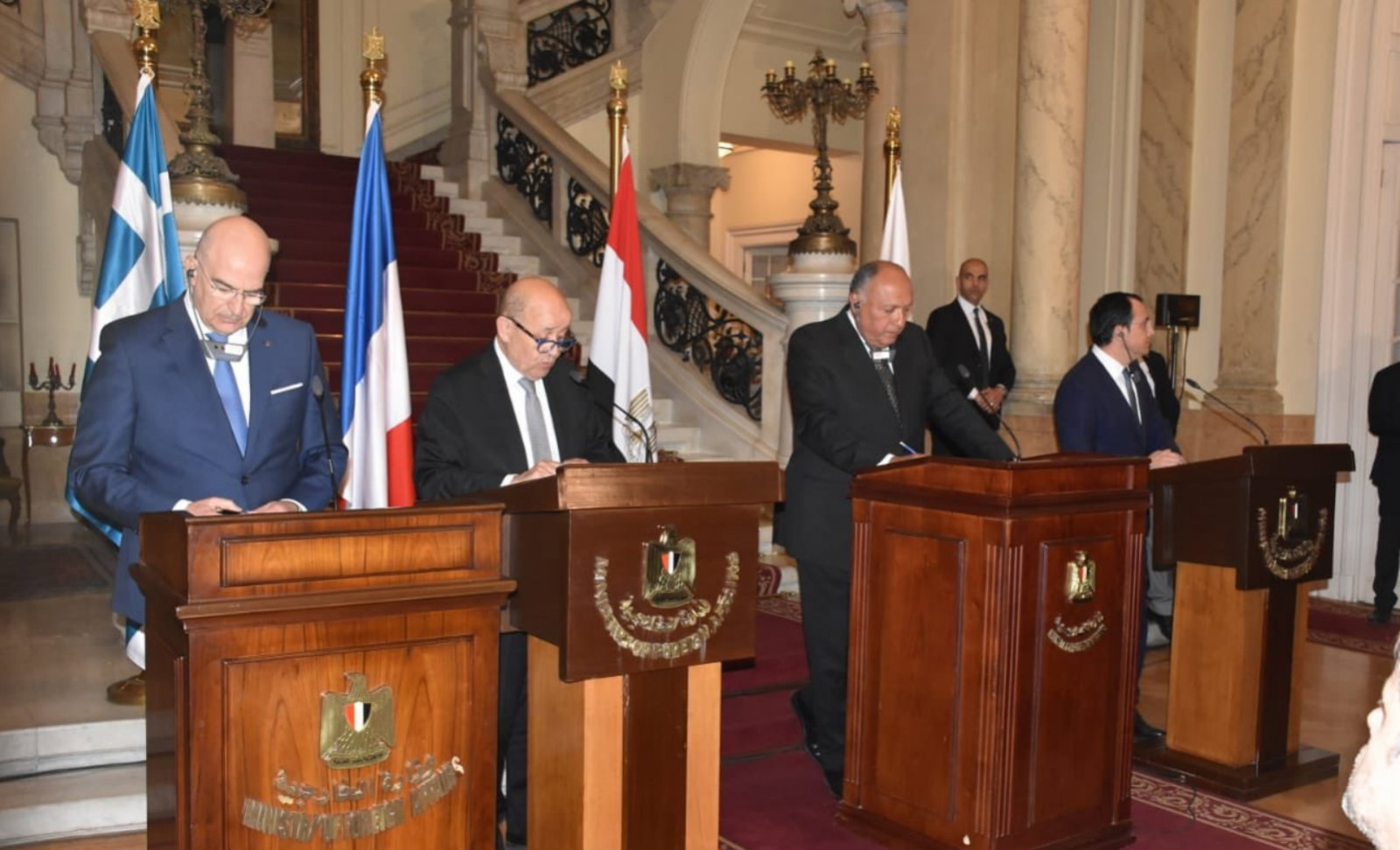 Egypt, France, Greece and Cyprus condemn Turkish intervention in Libya: The foreign ministers of Egypt, France, Greece and Cyprus called the deployment of Turkish troops in Libya a “serious violation” of international law that puts at risk regional stability. The four ministers spoke by way of a final communique following talks yesterday in Cairo. They also claimed that the maritime border agreement signed between Turkey and the UN-backed Government of National Accord is an illegal pact that violates the sovereignty of other Mediterranean states. French Foreign Minister Jean-Yves Le Drian also discussed the situation with President Abdel Fattah El Sisi yesterday, according to an Ittihadiya statement.

Background: The meeting came a day after a number of Arab and European states denounced Turkey’s decision to begin sending troops to Libya to reinforce Prime Minister Fayez Al Serraj’s Tripoli-based government, which is under siege by forces loyal to General Khalifa Haftar. Egypt and France are both supporting Haftar’s bid to seize control of the Libyan capital, putting them further at odds with Turkey, which has been busy escalating tensions in the Mediterranean as it tries to expand its claim to territory in which it can explore for natural gas while also trying to constrain Cyprus, Egypt and Israeli efforts to explore for gas and bring it to market.

Turkey and Russia yesterday called on all parties in Libya to declare a ceasefire by midnight on 12 January. The two made the call after talks between Putin and Erdogan in Moscow, Reuters reports. The two countries, which are backing opposing forces in the conflict, issued a joint statement calling on Libyan forces and their foreign backers to “declare a sustainable ceasefire, supported by the necessary measures to be taken for stabilizing the situation on the ground and normalizing daily life in Tripoli and other cities.”

Italy was attempting to host direct talks between Serraj and Haftar at the same time all this was going on. The Guardian reported that Italian PM Giuseppe Conte was facing an uphill battle yesterday after it emerged that Serraj was refusing to meet him after learning he had already met with Haftar.

Clashes continued on the ground: Pro-Serraj forces continued to clash with the Libyan National Army, a day after Haftar’s militia seized control of the coastal town of Sirte. The LNA is now advancing westward towards Tripoli, and hopes to take control of the strategic town of Misrata before Turkish reinforcements arrive, Gulf News reported.