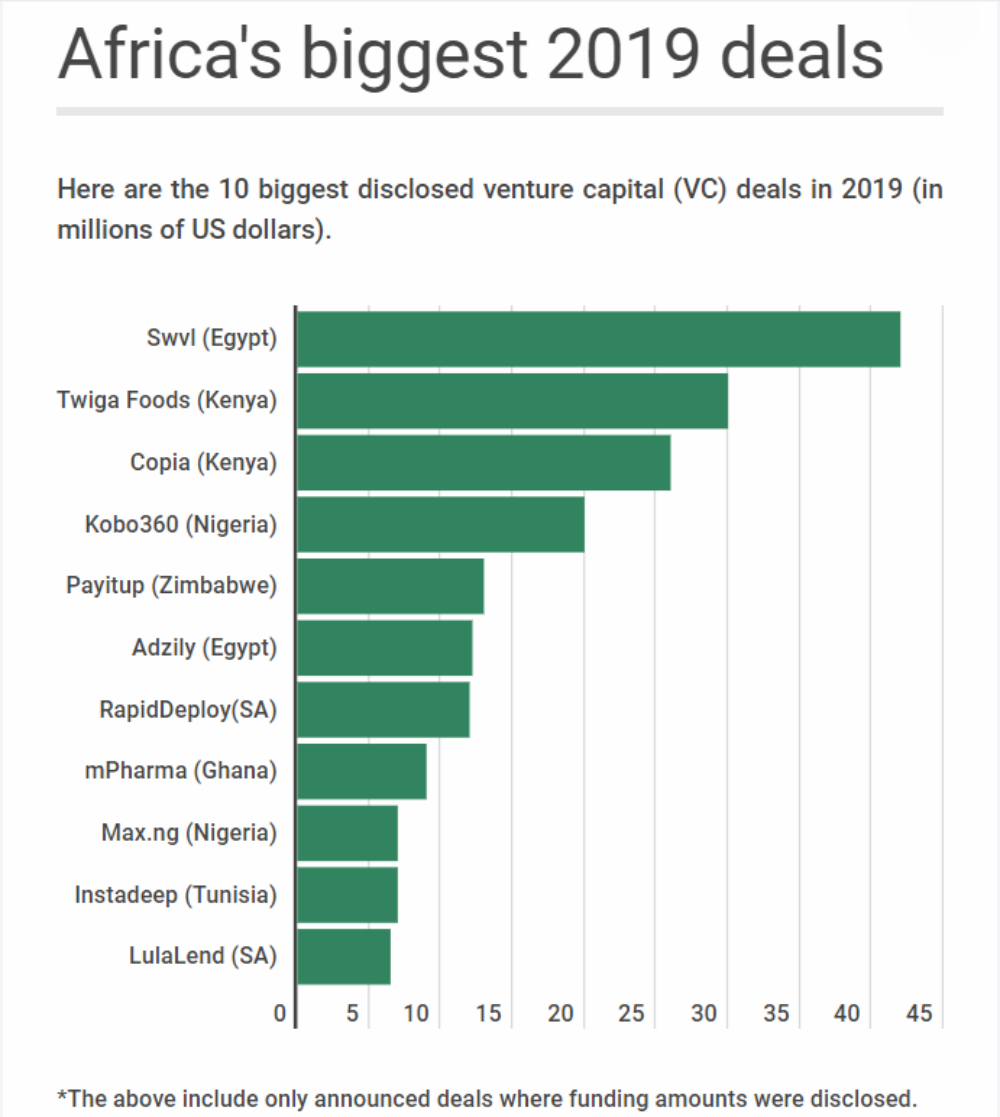 Egypt tops African countries in disclosed VC transactions in 2019: Egyptian startups received the biggest number and funding value of venture capital (VC) transactions that went to early-stage African startups in 2019, according to Venture Burn. Egypt accounted for 27% of disclosed transactions by volume and 25% by value.

The breakdown: Out of a total of 88 disclosed VC transactions with a total value of USD 290 mn raised by African startups this year, Egyptian startups closed 24 transactions worth USD 73.3 mn. Last year, Egypt was the fastest-growing startup market in MENA as well as the second-largest, according to start-up platform Magnitt’s 2018 MENA Venture Investment Report. Egypt’s share of the total number of seed funding agreements grew 7% y-o-y to USD 196.5 mn, representing 22% of all MENA closes in 2018.

Swvl tops funding transactions in Africa: Egyptian ride-hailing app Swvl’s USD 42 mn series B-2 funding round was the top VC transaction in African startups for the year, accounting for more than 57% of the total funding amount in Egyptian startups. The round was co-led by Swedish VC Vostok Ventures and Dubai-based BECO Capital.

The transport and mobility sector received the largest share of funding in Africa this year, followed by fintech and the distribution sector. Out of eight transport startups that closed transactions in Africa this year, three were Egyptian. Meanwhile, fintech saw 25 companies close on funding across the continent, with only two of these being Egyptian startups.