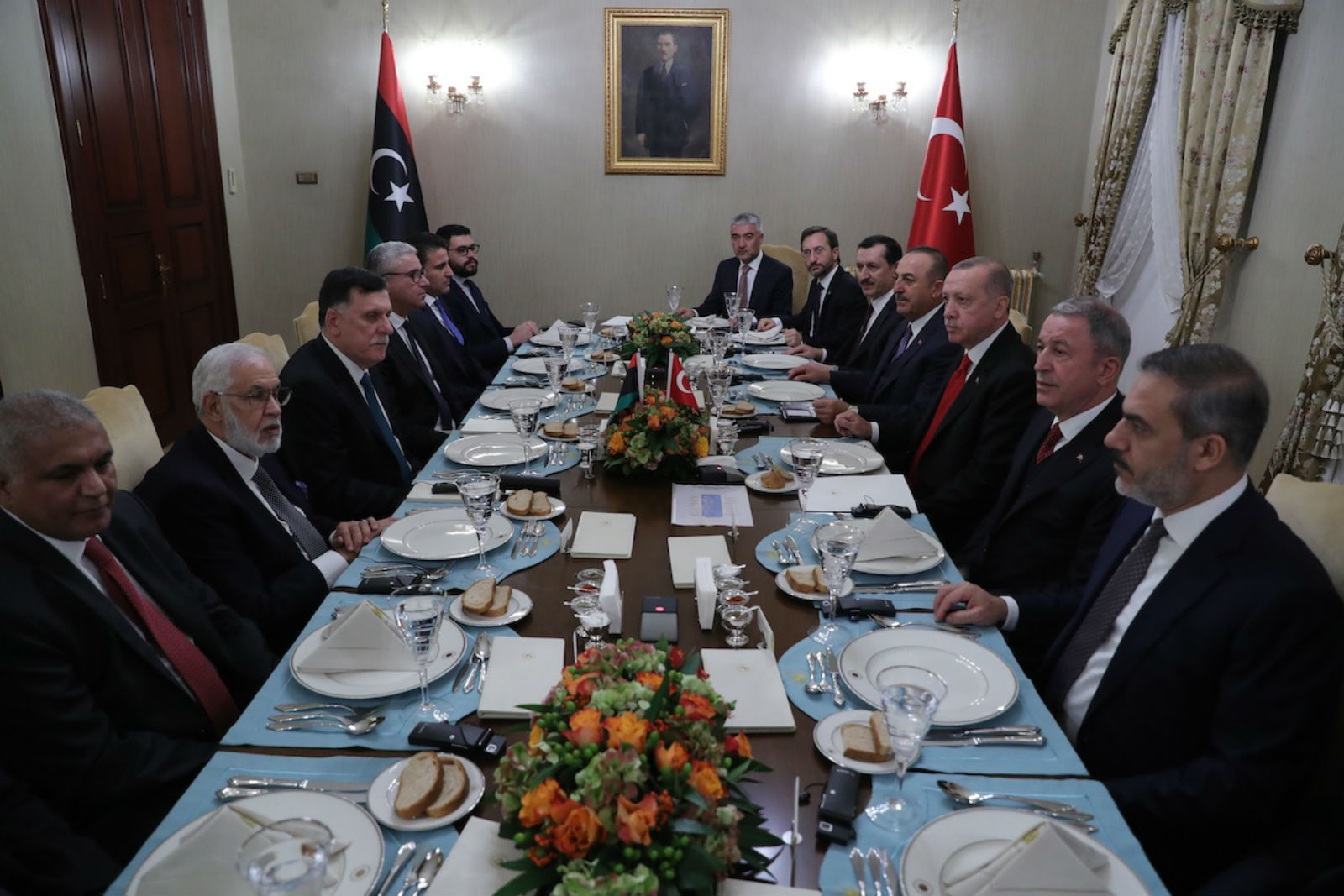 Libyan government implements its military pact with Turkey: Prime Minister Fayez Al Serraj’s Libyan Government of National Accord (GNA) has agreed to begin implementing its military and maritime cooperation pact with Turkey, . The agreement, which was ratified last week by Turkey’s parliament, brings Ankara closer to the possibility of deploying troops to curb an advance on Tripoli by forces allied to General Khalifa Haftar. But it’s still unlikely Ankara would get involved soon since the size of the force has to pass through parliament, says the Guardian. Ankara did, in fact, play it down, getting its envoy to Libya to say he doesn’t foresee this happening despite the agreement’s activation being tantamount to a call for help by Tripoli. The current pact in place addressed training, consultancy, experience transfer, planning and material support by Turkey to the Libyan government only and does not tackle sending troops. If Turkey decides to step foot in Libya the government will, firstly, need to seek parliament's approval for the move upon the request of Libya itself, Emrullah Isler, the Turkish president’s envoy to Tripoli, said, while ruling out any deployment of combat troops. The two governments signed last month two MoUs on military cooperation and border demarcation that were met with backlash by Egyptian, Greek, and Cypriot authorities for their potential to disrupt maritime borders in the natural gas-rich region.

Egypt disapproves again: Egypt’s UN ambassador Mohammed Edrees renewed the denunciation of the agreements in a statement seen by the Associated Press over the weekend. Edrees’ statement also noted that the activation of the military accord will allow the transfer of Turkish weaponry to the GNA, running counter to UN Security Council-imposed arms embargo on our neighbours. Al Monitor also took note.

El Sisi signals we’re well connected: Ittihadiya was out with three statements on Friday recounting calls President Abdel Fattah El Sisi had with each of German Chancellor Angela Merkel, Cypriot President Nicos Anastasiades, and European Council President Charles Michel — in which they discussed “regional developments.” There were no specifics of what the discussions entailed, but El Sisi reiterated Egypt’s support of stability in Libya in his phone call with Merkel. The president, meanwhile, spoke of across-the-board cooperation with Michel and pushing ahead with “consultations on political issues of mutual interest” with Anastasiades.