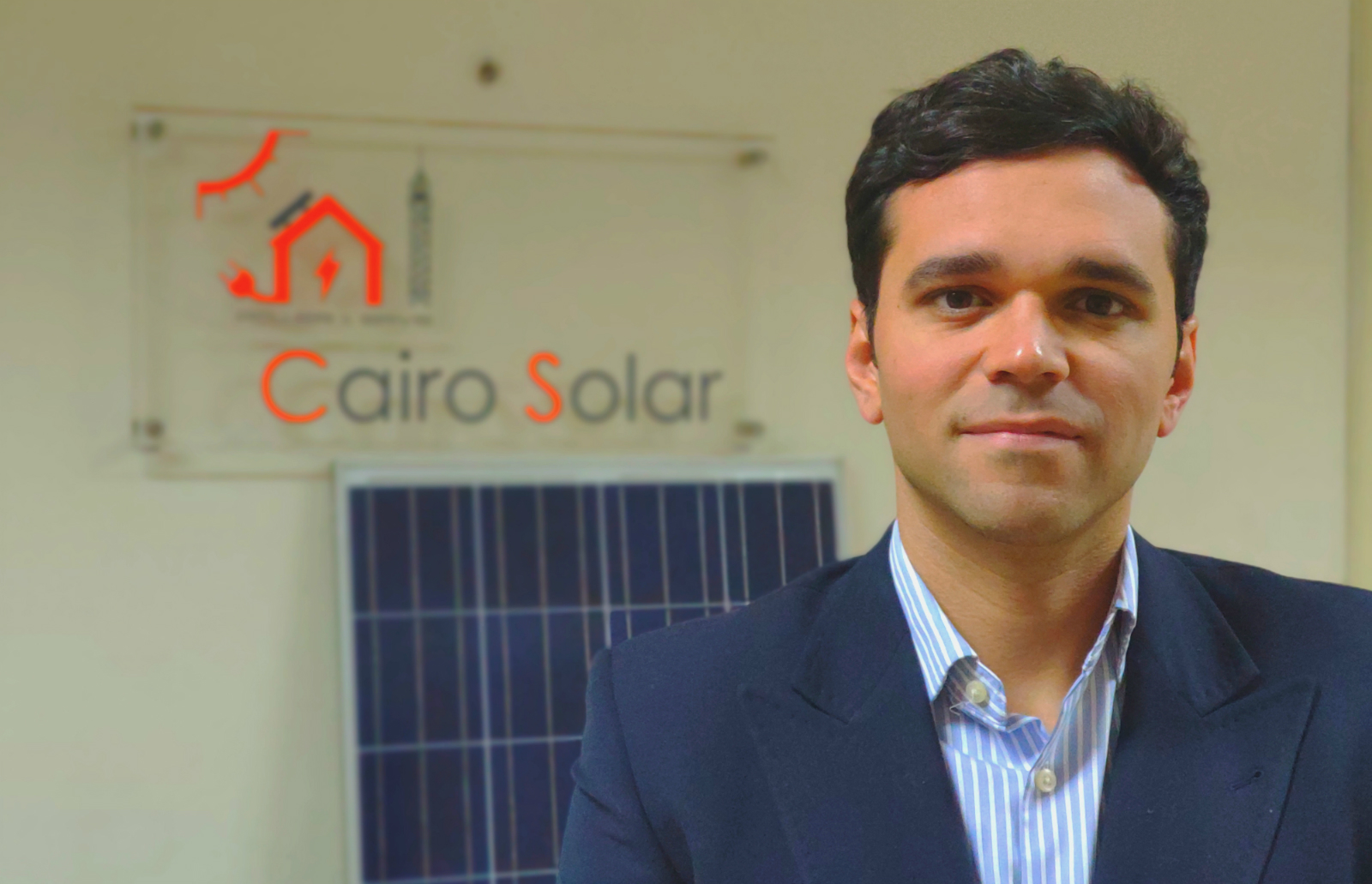 Hatem Tawfik, managing director of Cairo Solar: My Morning Routine looks each week at how a successful member of the community starts their day — and then throws in a couple of random business questions just for fun. Speaking to us this week is Hatem Tawfik, who heads up solar installation company Cairo Solar.

I’m Hatem Tawfik, a 32-year-old who still has the naivety to believe he can change the world and make some money while doing it. I graduated from CAC and Canada’s McMaster University and then worked at CIB for a few years. Today, I’m the managing director at Cairo Solar. I help people dodge electricity costs without going to jail.

I’m not going to lie, my morning routine starts when I wake up at 8:00 am to work out, then say “not happening” and snooze until 9:00 am. I then wake up again, spend 5 minutes watching videos of impractical jokers, pray, chug a big glass of water, then grab my black coffee to go. I’ve been intermittent fasting for two-and-a-half years and it’s awesome. I then start moving to work. My work is across the street in New Cairo so I get in at 9:30 am sharp.

The rest of my day consists of following up on our major weekly tasks, and reworking our strategy constantly. Solar is so fluid, especially with all the changing interest rates and electricity prices. At 5 pm I eat at home, make up for my missed morning workout with a BeFit session at 7 pm, then spend time with family or friends.

I usually read around half a page a day of Riyadh Al Saleheen to keep my morals in check. It’s not uncool to read religious stuff.

Cairo Solar started in 2015, and we soon became the first company to successfully sell electricity to the government – from my actual home. We struggled a lot during the first three years. There are 300 other solar companies operating in our space. And we had to convince the small pool of clients, who were already affected by the EGP float, why they should go with us and not the other 299. It took a while to get there. And when we were just a few people multitasking, I would end up driving our company’s minivan once a month. (Side note: I picked up an old lady who thought I was a microbus, I was in a full suit, I played along to drop her off, but she then insisted on paying). Things started picking up in 2018, and now we’re one of the top five solar companies in Egypt.

What are some common misconceptions about my business? People think solar is very glitzy, and it is. But usually, what springs to people’s minds are large solar farms only. However, there are three other solar sectors in Egypt, all of which could save you up to 100% of your energy cost. Installing a solar station in your home could give you an internal rate of return (IRR) — a measure of an investment’s rate of return — of 20-25%. For places such as agricultural farms running on diesel, you could get an IRR of 30% to 45%. Factories, schools and other such buildings – which we classify as medium scale – could see an IRR of 20-30%.

Cairo Solar focuses on the medium scale sector which comes in two forms: Independent power producer (IPP) or turnkey EPC (engineering, procurement, and construction). IPP is where the solar company builds, owns, and operates the station and sells the electricity to the client for a flat fee or a percentage less than the government price. Turnkey EPC is where the solar company builds the station and the client owns the station. IPP is usually for larger scale stations where the client doesn’t want to tie up large amounts of money and prefers someone to operate the station. Turnkey EPC is usually for smaller scale stations where the client prefers to have all the savings to themselves, rather than save a percentage.

The savings for businesses: For example, a steel factory with limited cash flow and a large piece of land would rather not invest in a 135 MW solar station, and prefer to bring on a solar company to become the IPP, the solar company would then sell the client electricity at a 10% discount than the government price. This way the cash-strapped company does not have to invest and gets to save 10% on its electricity bill. There are approximately between 20 MW and 30 MW of these kinds of stations.

On the other hand, if a client wants to save 100% of his electricity bill, they need to own the station themselves, which is the turnkey model that Cairo Solar does. For instance, if a shampoo factory has enough space and is financially strong, it can own the station and lease it with the bank with special solar loans that we provide at low interest rates. The lower the interest rates, the lower their installment, and the less affected their cash flow is, since what they save in electricity could be equal to what they pay to the bank.

As of 2019, 12.5 MW of the medium scale stations where installed. Out of the 300 registered solar companies in Egypt, Cairo Solar managed to capture a 12% market share in the medium scale sector. In the next two years, I expect this sector to add another 75 MW, or EGP 1 bn. I believe this is a great opportunity for banks to benefit from such projects.

The best business advice I’ve ever gotten was “it takes time.” That phrase sticks with me. It was given by one of our shareholders who believed in us. In this new venture capital world of ours, people want to see results fast, and VCs along with company owners tend to give up too easily if they don’t see results in a year or two. But now I believe you need to have the patience because “it takes time.”