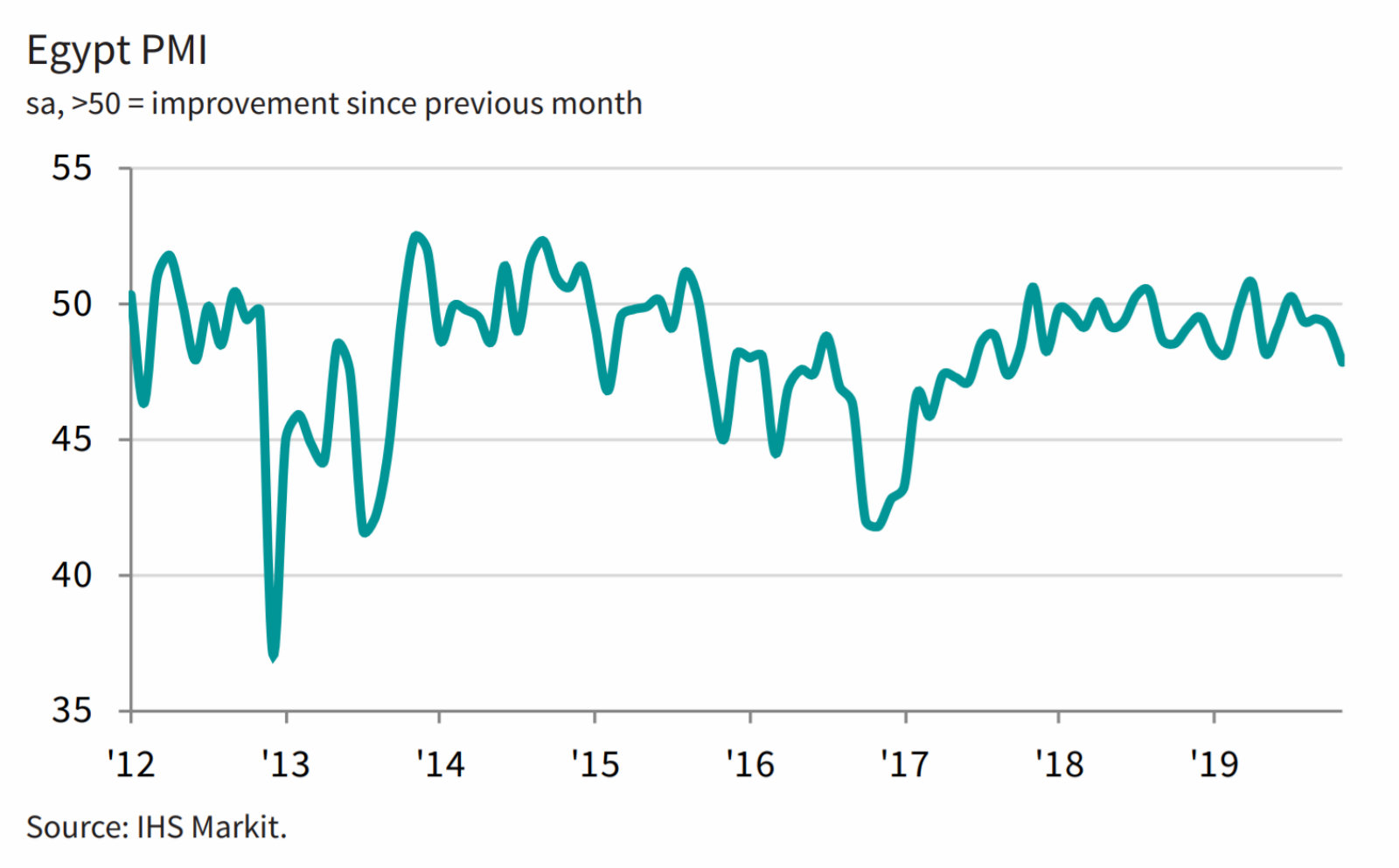 November was a month to forget for the non-oil private sector, the PMI suggests: Non-oil private sector business activity hit two-year lows in November as output, new orders, and employment fell, according to the Markit / Emirates NBD purchasing managers’ index (pdf). The gauge fell for the fourth consecutive month to hit 47.9, its lowest reading since September 2017. A reading above 50.0 indicates that activity is expanding, while a reading below that mark means it is contracting.

Output and new business activity suffer amid market slowdown: The decline in output accelerated in November due to falling orders, while new business — particularly among exporters — struggled in a challenging economic environment.

Low demand led input price inflation to fall to one of its weakest levels on record, as businesses cut prices at the fastest rate recorded by the PMI.

Employment has also been affected due to a lack of new business, falling for the first time in four months in November, although the increase in employment last month was the largest seen in 13 months.

Business sentiment remained positive (if a bit softer than in October), with a large number of firms expecting output to rebound in the coming year.