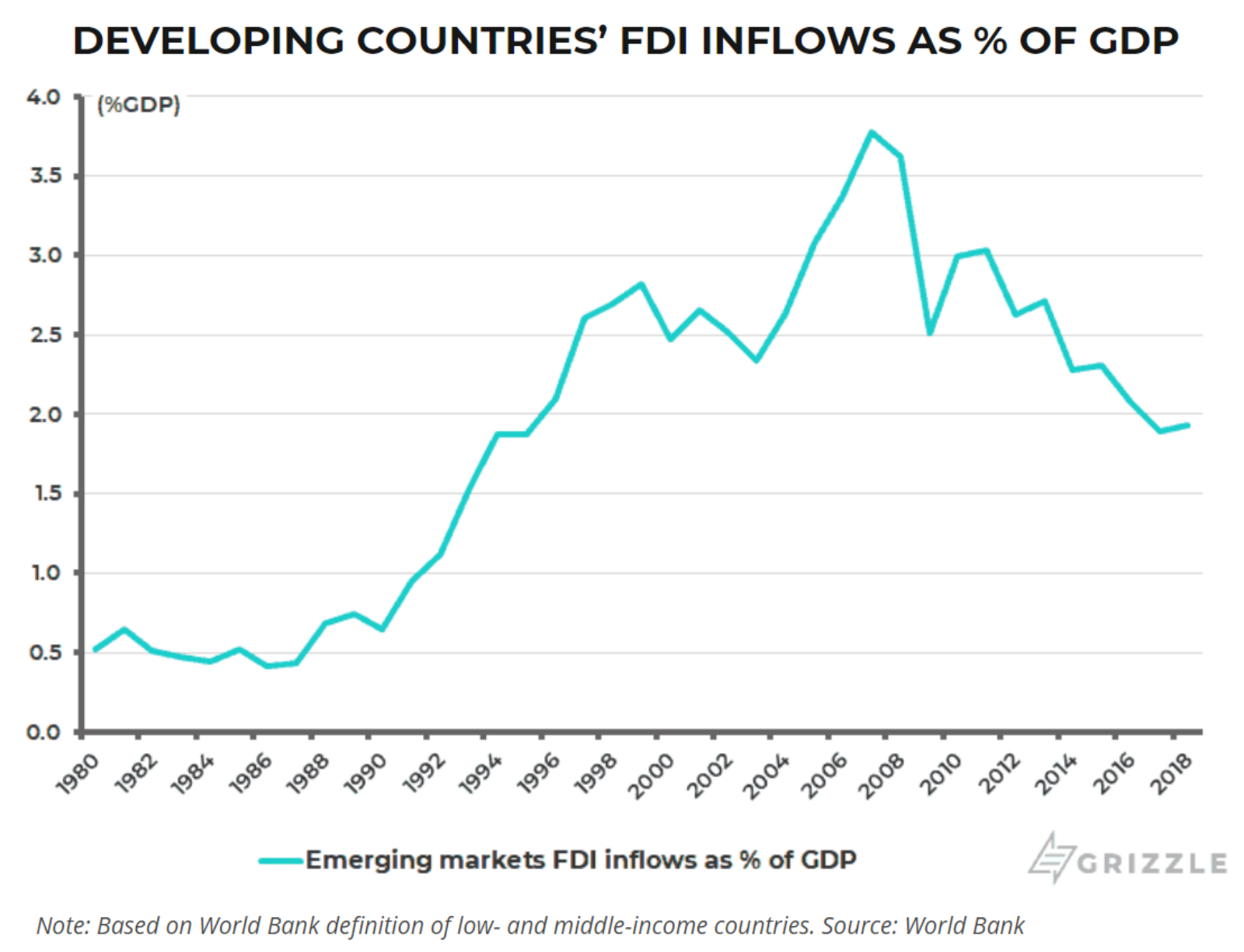 Can emerging markets still emerge? The rapid pace at which jobs are automated and declining birth rates will make it harder for emerging markets to escape the middle income trap and transition to developed country status, writes Christopher Wood, global head of equity strategy at Jefferies. The labor-based, mass manufacturing economy — used by developing countries such as South Korea, China and Taiwan to build advanced economies — is increasingly under threat from new technologies and data-driven business models. This means that the next generation of newly-emerging economies will find themselves without a blueprint and be forced to find their own development paths.

Deglobalization isn’t helping: The global financial crisis and the Donald Trump-inspired destabilization of global supply chains has succeeded in cutting off a significant amounts of foreign direct investment that could prove vital for helping emerging markets escape the middle income gap. In the 12 years since 2007, FDI inflows to EMs as a proportion of GDP has halved to 1.9% from 3.8%.