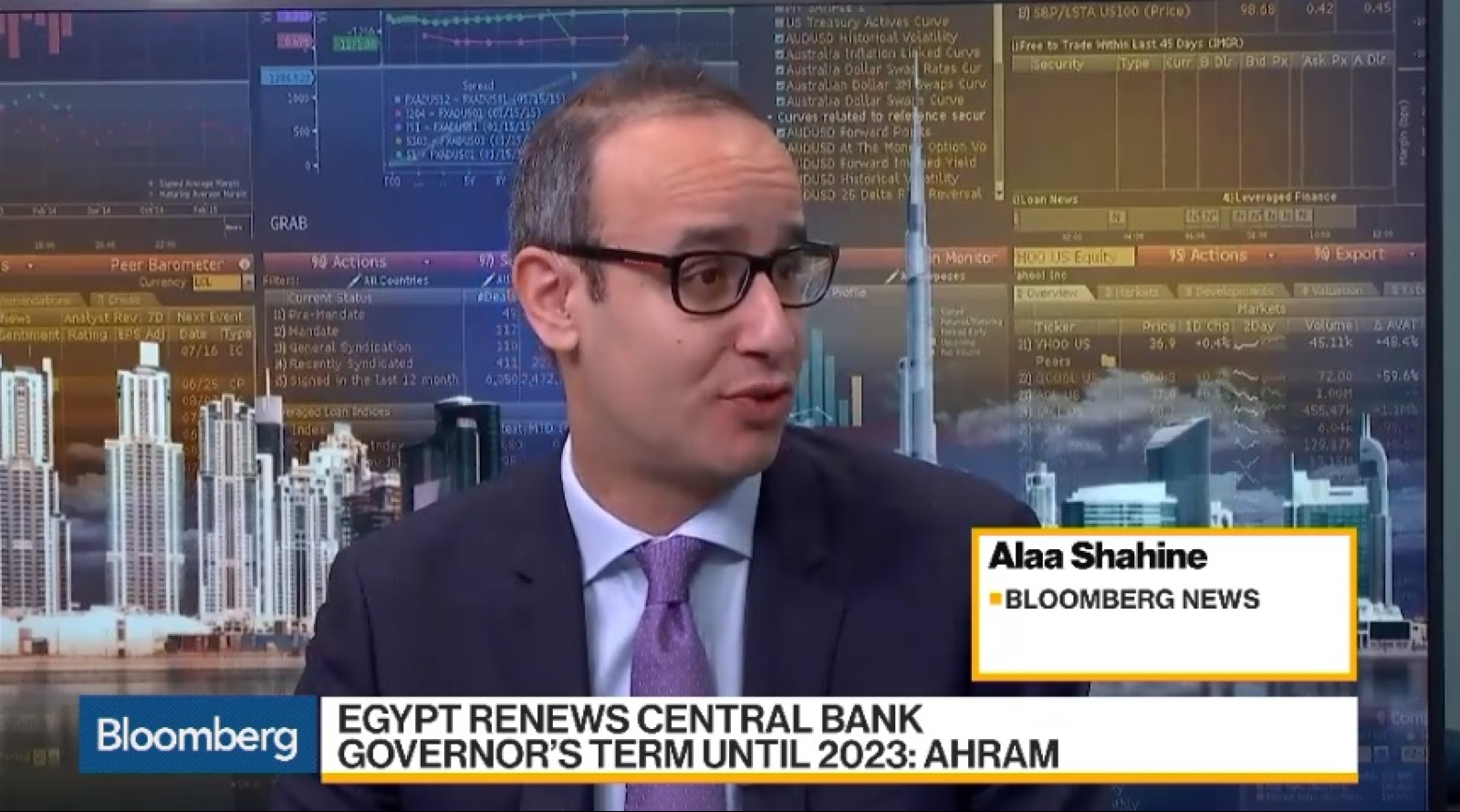 Investors will welcome Amer getting a second term as CBE governor as it signals policy stability, Bloomberg says: Tarek Amer getting a second term as CBE governor is an indicator that there will be policy stability at the central bank over the next four years, a note that will be reassuring to investors, Bloomberg’s Middle East Managing Editor Alaa Shahine says (watch, runtime: 1:50). Shahine notes that despite the EGP float causing controversy in Amer’s first term, it has helped to stabilize the economy and avoid a crippling foreign currency shortage.

The CBE’s challenge for 2020? Balancing monetary easing to spur private investment without destroying Egypt’s attractiveness to the carry trade. With inflation decelerating enough to give the CBE ample room to continue cutting interest rates over the next 12 months, Shahine says foreign investors are keeping an eye on Egypt’s carry trade. Egypt’s steep inflation slowdown has kept our real interest rates among the most attractive in the world, outmatched only by Argentina, Bloomberg said earlier this month.

Looking ahead: The central bank should continue keeping inflation under control as its primary target, and develop the country’s sovereign debt market alongside the Finance Ministry, EFG Hermes economist Mohamed Abu Basha says. The recent agreement paving the way for local debt issuances to be clearable through Belgium-based clearinghouse Euroclear was an example of such a development. Abu Basha suggests the CBE should look into allowing investment banks to act as primary dealers in the sovereign debt market to attract more investors, and praised Amer’s CBE for increasing hot money inflows through treasuries.