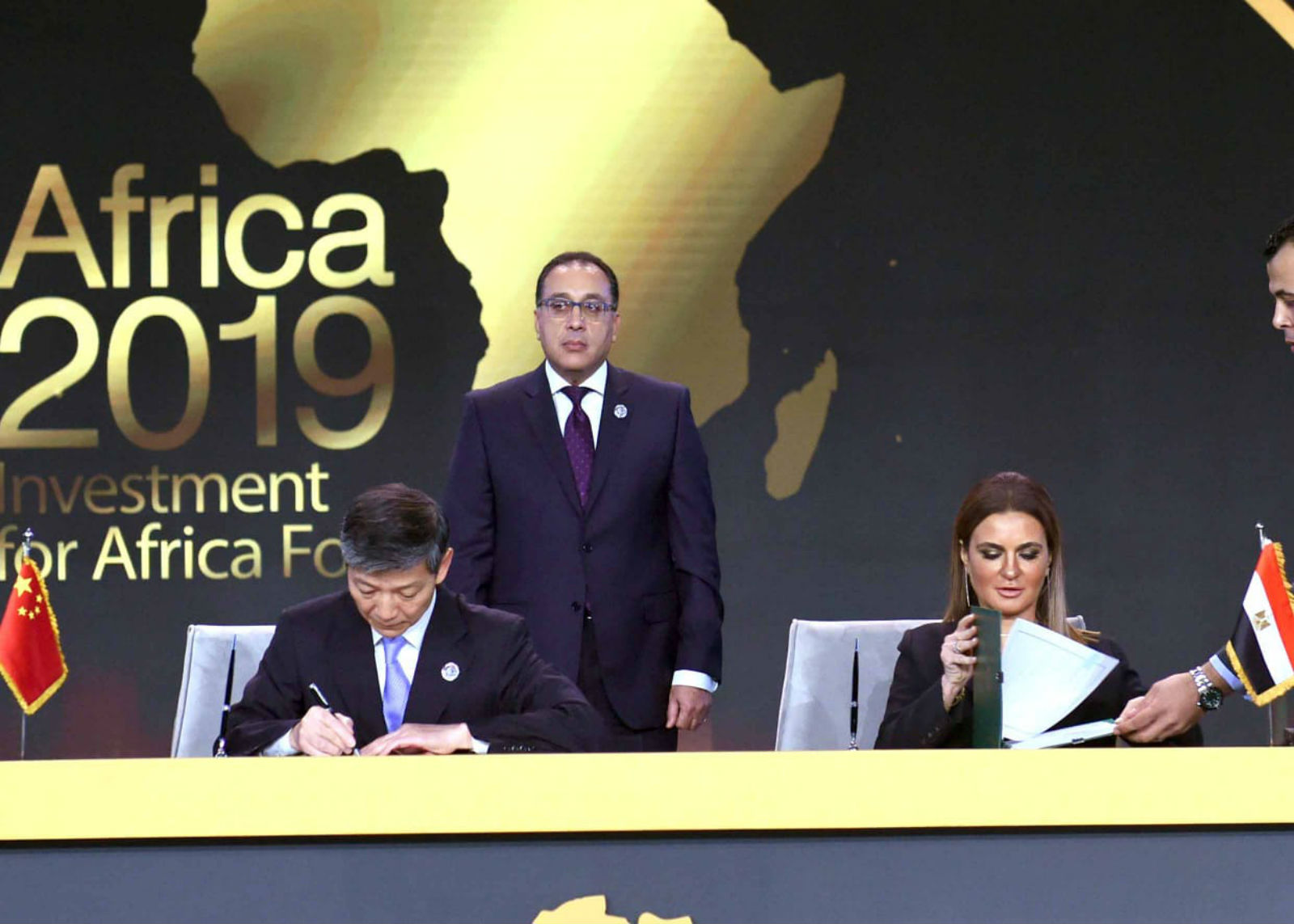 Egypt and America’s DFC ink USD 430 mn investment accord with Noble: One of the agreements will see the US International Development Finance Corporation (DFC) fund a USD 430 mn plan by Noble to invest in the East Mediterranean Gas Company’s (EMG) subsea pipeline connecting Arish to Israel’s Ashkelon. A separate agreement, also financed by the DFC, involves Noble and Dolphinus jointly manufacturing petroleum products. Reuters took note of the story.

What will be happening to the pipeline? There were few specifics on what the pipeline investment entails. Noble, Israel’s Delek Drilling, and Egypt’s East Gas recently acquired a 39% stake in EMG, paving the way for the transportation of 85.3 bn cubic meters of gas into Egypt under a landmark agreement signed in 2018 with Dolphinus.

More than USD 250 mn in funding for energy sector from EBRD: Investment Minister Sahar Nasr and European Bank for Reconstruction and Development (EBRD) President Suma Chakrabarti signed a USD 201 mn agreement to upgrade Egypt’s national electricity grid. A separate agreement signed by both officials will see EBRD provide a USD 50 mn loan to the Suez Oil Processing Company for a new asphalt production line. Lekela Egypt also formally announced during the forum that it has started construction on the 250 MW wind plant in West Bakr in the Gulf of Suez, which is expected to raise Egypt’s wind energy capacity by 18% once completed in 2021.

ITFC signs off on USD 100 loan for Afreximbank: The International Islamic Trade Finance Corporation will provide the African Export-Import Bank (Afreximbank) with a USD 100 mn tranche of a USD 500 mn loan to facilitate import and export transactions between Egypt and African countries, according to the statement.

Egypt signed several other agreements on the sidelines, including:

More from the forum, Africa suffers USD 450 bn investment gap: African countries need USD 500 bn of investment annually to achieve their development goals but currently only receive USD 50 bn, UN Assistant Secretary-General Mourad Wahba said during the forum, according to Al Mal. The countries receive cash inflows of USD 60 mn that could be translated into development projects, but underdeveloped financial systems in many countries are unable to absorb such quantities of money, Wahba added.

Connecting all 55 African countries via road would need at least USD 200-250 bn and would take 10 years, President Abdel Fattah El Sisi said during his speech. Regional integration through trade and infrastructure projects was a key theme of the president’s opening speech, which also stressed private sector participation and job creation. Ahram Online has a rundown of several other key points from the speech. The president also called on international companies and financiers to see Africa as a promising investment prospect, “not charity work,” Masrawy quoted him as saying.