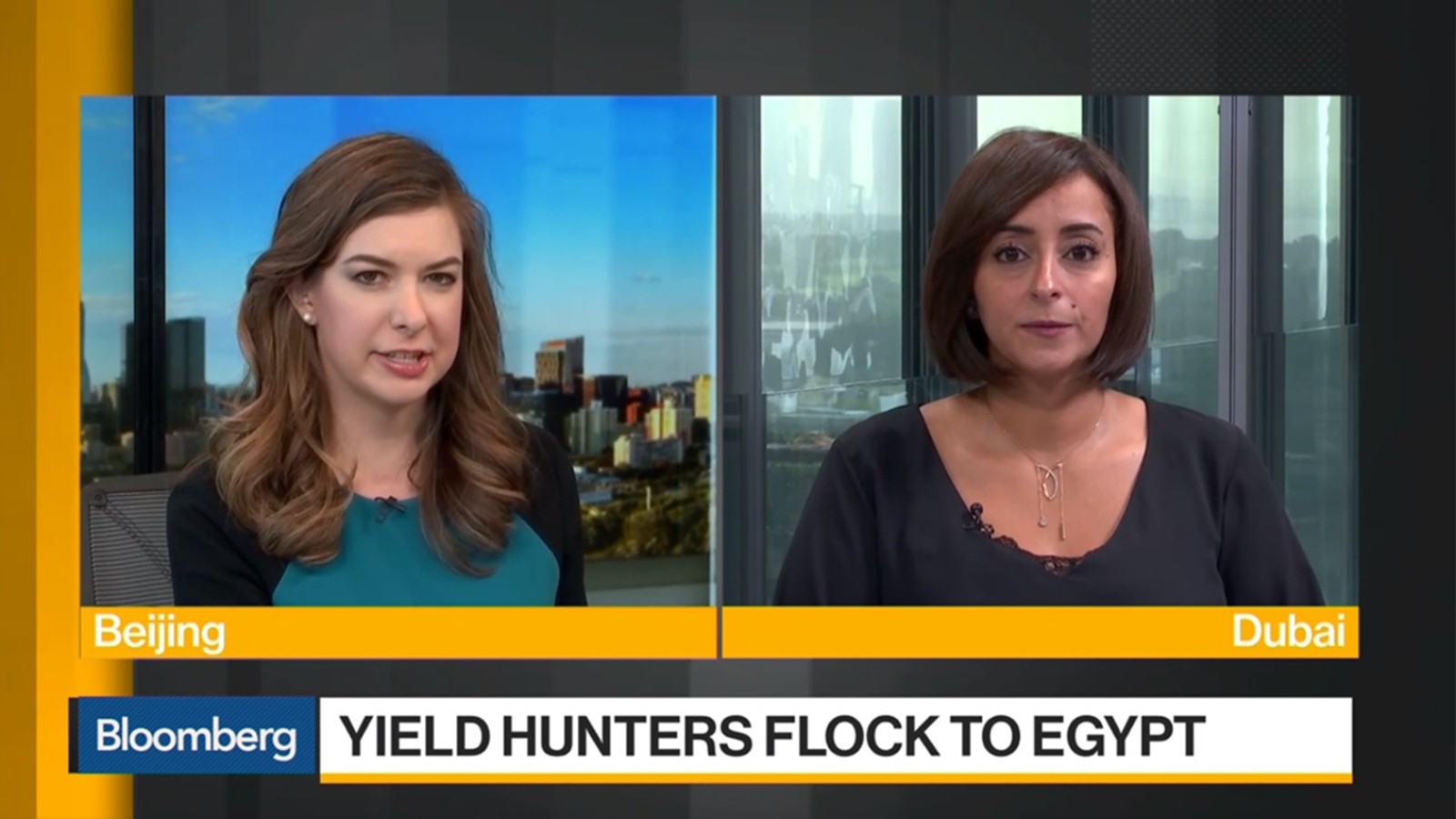 Egypt’s outlook for next year is looking good, says Beltone’s Alia Mamdouh: The outlook for Egypt’s GDP growth, EGP performance, and inflation targets is “positive” in 2020, Beltone Financial’s macro and strategy director Alia Mamdouh tells Bloomberg TV (watch, runtime: 3:36). The EGP’s sustained stability will support the deceleration of inflation rates, which will in turn give the Central Bank of Egypt (CBE) ample room to continue its easing cycle. Mamdouh says she expects the CBE to push a total of 300 bps rate cuts throughout 2020.

Look for improved BoP with healthier natgas exports, tourism revenues, foreign holdings: An improving trade balance will help keep the currency strong over the coming months, driven by rising natural gas exports. Egypt’s import bill has also been growing at a much slower pace, says Mamdouh. Other sources of optimism for an improved balance of payments include the rally in tourism revenues and increasing investment in Egyptian treasuries. Mamdouh also pointed to improving real interest rates as the economy’s macro stability is in an “outstanding” position and with GDP growing at a 5+% clip.

Liquidity in the bond market should also get a bump from the agreement Egypt signed with Euroclear last month. The agreement with the Belgium-based clearinghouse should also attract more investments to Egyptian securities, which will lend more support to the currency. Meanwhile, Mamdouh expects a slow and gradual pickup in the state’s spending patterns, suggesting the EGP will not come under pressure and inflation will remain unaffected.