Expectations for continued easing cycle supported by low inflation: Headline inflation hit lows not seen in almost a decade last month on falling food and beverage prices, and a favorable base effect. The annual headline rate fell to just 2.4%, from 4.3% in September, while core inflation remained basically flat, rising just 0.1% to 2.7%.

Meanwhile, across the Atlantic: Fed Chairman Jay Powell yesterday gave a firmer indication that the central bank will hold off on further interest rate cuts when it meets in December. The Fed has cut its Fed Funds rate by 75 bps since July on fears that the US economy may be tipping into recession. Speaking before a congressional panel yesterday, Powell listed off a string of positive economic data, but stressed the bank would “respond accordingly” if performance dipped enough to cause a “material reassessment” of its outlook.

El Sisi in Germany next week for G20 Compact with Africa: President Abdel Fattah El Sisi will be in Berlin next week to attend the G20 Compact with Africa on 19 and 20 November, the German Ambassador in Cairo Cyrill Nunn said in a press conference covered by the local press. El Sisi will be wearing his African Union hat during the summit and will witness the Egyptian Investment Ministry signing a EUR 154 mn loan to support renewable energy, water management, waste recycling, and technical education. Nunn noted that the second EUR 80 mn tranche of the EUR 240 mn four-tranche debt exchange agreement is due to be completed soon.

Egypt to offer USD 1.5 bn in USD bills next week: The Central Bank of Egypt (CBE) will offer USD 1.56 bn in one-year USD-denominated t-bills on Monday, 18 November. The last local USD issuance was back in June, when an auction for USD 715 mn in bonds was 1.3x oversubscribed. The yield was 3.87%, marginally down from 3.89% in a previous USD 1 bn May auction.

Our friends at AmCham are hosting the US-Egypt Future Prosperity Forum on Monday, 18 November, with Prime Minister Moustafa Madbouly, US Deputy Assistant Secretary of Commerce for Manufacturing Ian Steff, and several Egyptian ministers scheduled to speak. You can check out the full agenda here.

KUDOS- Our friends at CIB have been named among Forbes’ list of the World’s 500 Best Employers. The leading private sector bank ranked 90 overall, placing it among the world’s top 100 employers and making it the top-ranked employer across the entirety of Africa. The list is compiled based on 1.4 mn employment recommendations, accounting for employee ratings of their own employers and other employers they perceive positively.

Somabay is home to five luxury resorts, a lively marina, and outlets for premium entertainment and relaxation. Somabay caters to diverse tastes with a common thread of well-being,
relaxation, and sheer enjoyment of life that is reflected in all its hotels & facilities.

El Sisi in Abu Dhabi for talks with MbZ: President Abdel Fattah El Sisi arrived yesterday in Abu Dhabi for talks with UAE Crown Prince Mohamed bin Zayed, an Ittihadiya statement said. The visit, we suspect, may have something to do with this: Bloomberg reported yesterday that negotiations are progressing between Qatar and the Saudi-led group of countries that in 2017 imposed a blockade on the country. Saudi Arabia, the UAE and Bahrain have all agreed to take part in the Arabian Gulf Cup in Qatar this month as a goodwill gesture, ahead of what could be (as one Emirati academic called it) an “imminent” breakthrough.

Morgan Stanley both bear and bull on Aramco valuation: Analysts at US investment bank Morgan Stanley have put Saudi Aramco’s valuation at anywhere between USD 1.06 tn and USD 2 tn based on the dividend discount model, according to a presentation seen by Bloomberg. Another model, meanwhile, gives a range of USD 1.07 tn and USD 2.5 tn — a huge spread of more than USD 1.4 tn. Sixteen banks have so far given valuation estimates, with the midpoint being around USD 1.75 tn.

Private equity has been losing its luster as they no longer offer a value discount from public markets, but maintain the same level of risk, Verdad Advisers partners Daniel Rasmussen and Brian Chingono write for the Financial Times’ Alphaville blog. Whereas PE transactions saw success in the 1980s and ‘90s, this is no longer the case in today’s market, where the average PE company is purchased at 12x its Ebitda. This is around the same as the value on S&P 500.

The bigger issue with PE valuations and true debt burdens is that they tend to “overstate” Ebitda, the hedge fund partners say. “Many private equity [transactions] are valued on Adjusted Ebitda (as opposed to the standard approach of using actual Ebitda over the past 12 months). Adjustments to Ebitda help private equity firms to sell their [transactions]; just as some men exaggerate about their height in online dating apps.” 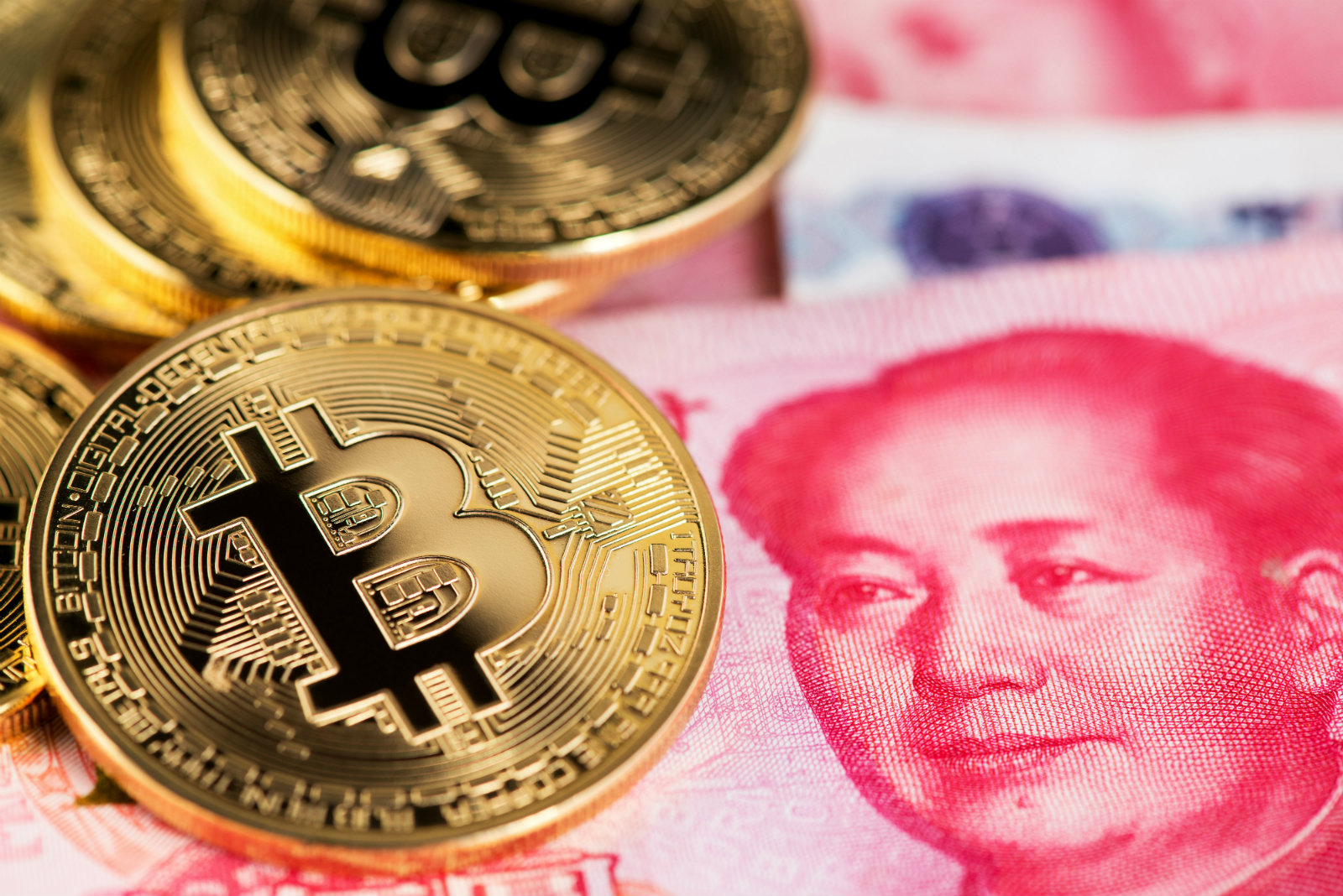 The digital yuan: Coming at the start of 2020? Beijing could begin issuing its new digital currency to commercial banks and online payment platforms within the next two or three months, according to HCM Capital. Jack Lee, managing partner of the PE firm, told CNBC that the government has completed the system and that it would soon launch the currency on a trial basis.

Be afraid, be very afraid, Kenneth Rogoff warns Capitol Hill: A Chinese digital currency that cannot be monitored by regulators in Washington poses a “real threat” to US national interests, the former IMF chief economist writes in the Guardian.

Google becomes the latest Big Tech firm to plot an entrance into financial services: Google execs are in talks with US banks about offering “smart checking accounts” to Google Pay customers, according to the Financial Times. 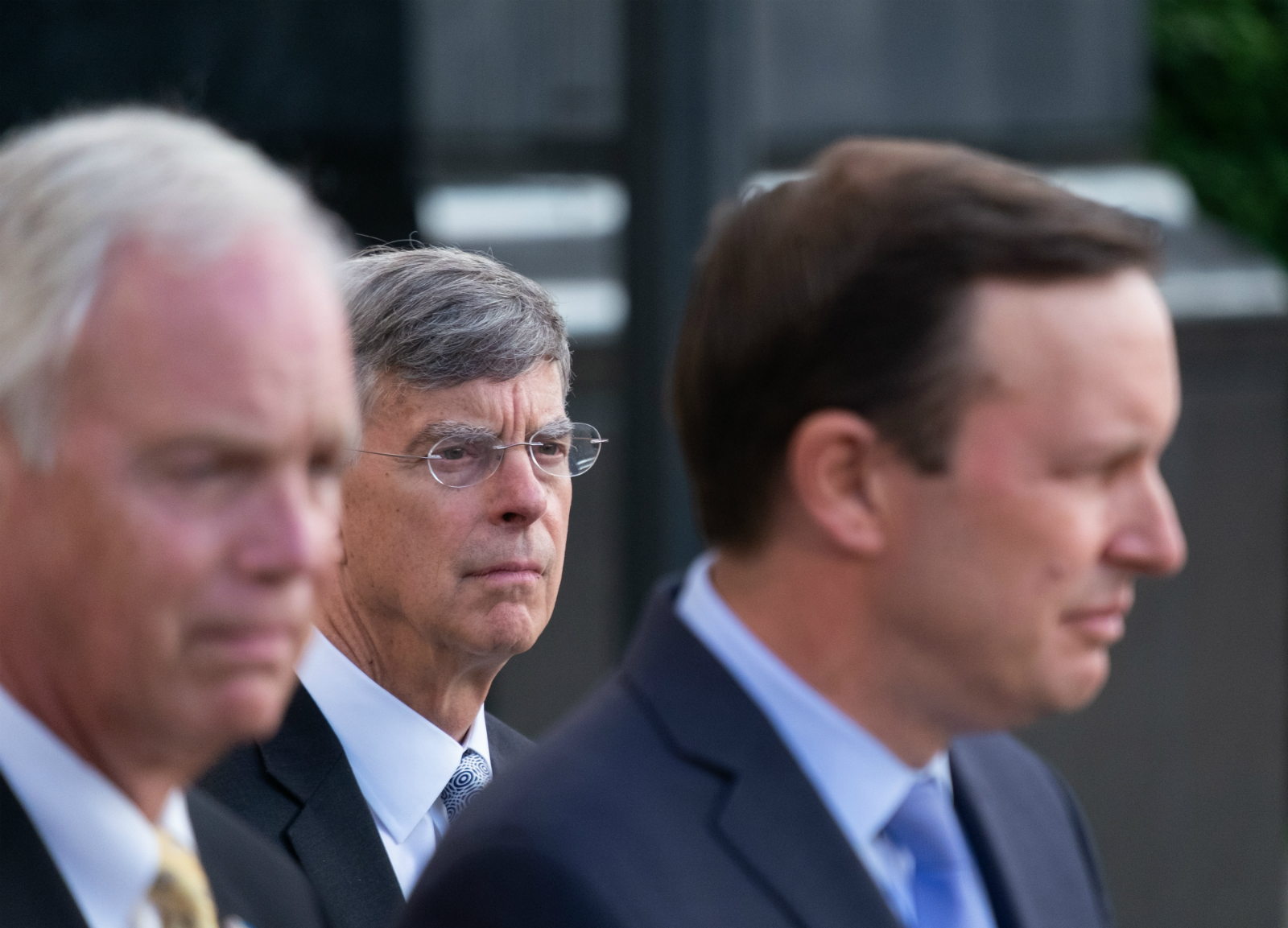 New evidence dropped during Day 1 of the Trump public impeachment hearings: Bill Taylor, the US charge d’affaires in Ukraine (pictured above), told the US House that President Donald Trump was overheard talking on the phone about “investigations” that he wanted the Ukrainian government to launch against rivals in the Democratic party. The Associated Press has more.

US, China trade negotiators hit stumbling block over farm purchases: China is refusing to buy a specific quantity of US agricultural products, weeks after Trump claimed that Beijing had committed to buying USD 50 bn worth, the Wall Street Journal reports. China will reject any agreement that appears to give preferential treatment to the US, and wants an escape route from the pact should trade relations again deteriorate, people close to the talks said.