Happy November, ladies and gentlemen. Hard to believe that the first 10 months of the year are now behind us — we hope that you’re all surviving budget season. The countdown to new year’s is about to begin…

Privatization is the theme of the day here at home and regionally, as we wait for the official announcement today of the Aramco IPO and its timeline. After Saudi Arabia’s Crown Prince Mohamed bin Salman reportedly greenlit the transaction, we look at the details and what this could mean for Egypt’s own stake sale program in this morning’s Speed Round below.

In parallel, Egypt is sending messages that it is open for business: Perhaps the biggest surprise on the privatization front came from President Abdel Fattah El Sisi, who announced that companies owned by the Armed Forces should sell shares to private investors. At the same time, the nation’s new sovereign wealth fund has recently made clear that it welcomes co-investment from the private sector. We have the highlights in this morning’s Speed Round, below.

Look for GERD talks to be a fixture in the headlines this week. Ethiopia confirmed on Thursday it has accepted Trump administration’s invitation for talks over the Grand Ethiopian Renaissance Dam on Wednesday, 6 November, according to a spokesperson for the Ethiopian Foreign Ministry. Egypt accepted the offer last week. Ethiopia had repeatedly mediation by third parties, and it remains a touchy topic: The statement out of Addis made sure to underline that the meetings would not involve direct negotiations, but discussions only.

Egypt, Greece and Cyprus to hold three-way defense meeting in Athens on Tuesday, according to the Cyprus Mail. The next day will see the three ministers flying to Crete to watch part of the trilateral “Medusa 9” military drill that starts today and wraps up on 8 November.

Other key dates on which to keep your eye out:

*** EDITOR’S NOTE- We’re delighted to welcome Soma Bay to the Enterprise family this morning as our Red Sea holiday destination partner. With a championship golf course, dive center, kite house (can you say, “300 days of wind a year”?), a spa for those so inclined, and stunning white sandy beaches, Soma Bay is a self-contained resort paradise — and the first Red Sea destination we visited nearly 20 years ago. Soma Bay is an easy four-hour flight from central Europe (and an even easier flight for a long weekend from Cairo), accessed from Hurghada International Airport, from which it is just a 45-minute drive south.

Discover Soma Bay (or book a hotel room) through their website to learn more about our favourite Red Sea holiday destination.

Soma Bay joins our friends at Pharos, SODIC and CIB as an anchor partner. Collectively, their generous financial support helps ensure your morning read remains available to you each weekday at 6am without charge. We hope you will join us in thanking them all.

Capital inflows in emerging markets fell to USD 22.5 bn in October from USD 37.7 bn in September, according to the Institute of International Finance (IIF). Competitive yields on EM bonds drove almost all of these inflows into debt-based-assets, totalling USD 21.3 bn. The fall comes despite renewed easing by the US Federal Reserve, which the IIF notes in the past has helped to support EM currencies. But years of hot money encouraged by low interest rates in developed countries has dampened the knock-on effects of loose monetary policy on EMs, it suggests.

Warren Buffett is sitting on a huge pile of cash: Berkshire Hathaway’s cash pile reached a record USD 128 bn in 3Q as Buffett continued his dry spell in finding major acquisitions. Profits at the hedge fund rose by a record USD 7.8 bn, a 14% increase from 3Q2018. Bill Smead, chief executive of Smead Capital Management, suggested that the investor could be hoarding cash in case he or Charlie Munger, his number two, were hospitalized or in the event of a severe market downturn. Berkshire’s cash pile rose USD 6 bn during the quarter from USD 122 bn. The Financial Times has more. 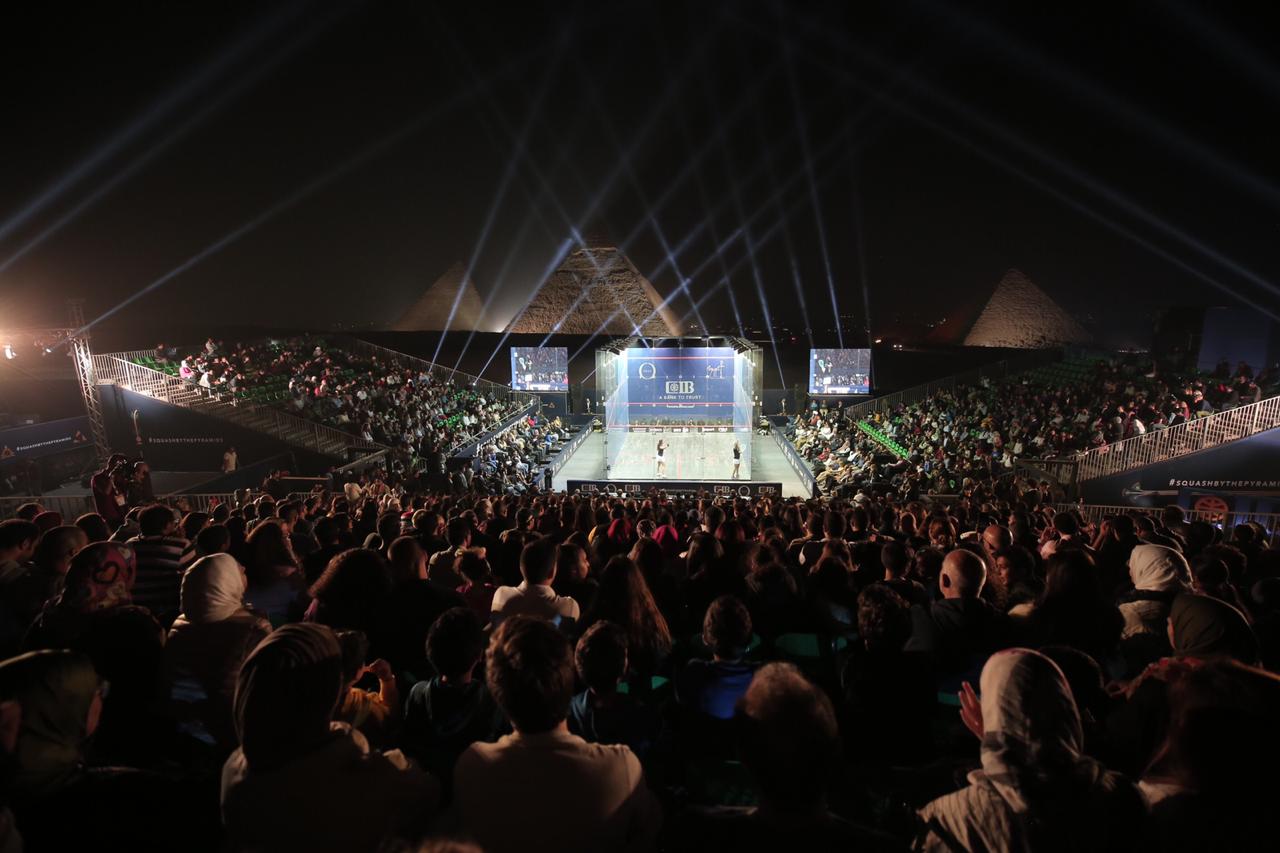 Which brings us to the age-old question: What is the secret of our squash dominance? The New York Timesis the latest to explore how our women rose to become the dominant force. “That is the mn-USD question. No one really knows,” El Welily told the Gray Lady. Author of ‘The Talent Code’ Daniel Coyle offers one explanation: “Proximity to greatness.” Egypt has only 400 courts and less than 10k players, and the finest are clustered in 10 clubs and two cities: Cairo and Alexandria. This tight-knit squash community made it commonplace for rookies to train alongside world title-holders, and made the sport the second most prestigious in the country (after football, of course).

Reuters also took note that Egypt is the global squash champ, pointing out that the women’s prize pool at the CIB Women’s World Championship was worth more this year than the one on offer at the men’s world championship in Qatar thanks to the generosity of our friends at CIB, which has led the funding drive for squash that has helped turn Egypt into a global powerhouse.

The first phase of a US-China trade agreement is close: Deutsche Welle reports that Washington and Beijing are “nearer to completing trade negotiations” after a phone call on Friday. Trump and Jinping were supposed to putting pen to paper at this month’s Asia-Pacific Economic Cooperation summit in Chile, but are having to reorganize after the Chilean president pulled the plug on the event amid mass demonstrations. The news comes after the WTO gave Beijing additional ammunition if things turn sour, having given China the green light to apply USD 3.6 bn of retaliatory tariffs on US goods after it ruled that US anti-dumping duties had impeded Chinese exporters, Reuters reports.

Among the international headlines worth knowing this morning:

Better still: Cardio could make you better at your day job. Look no further than this 14-year-old classic: The aristocracy of cardio in Men’s Health, for the lowdown on why CEOs at the top of their game run / spin / cycle / swim. The science has only gotten more conclusive in the decade and a half since — and the good folks at the New York Times (including the inimitable Gretchen Reynolds) are documenting it day in and day out.