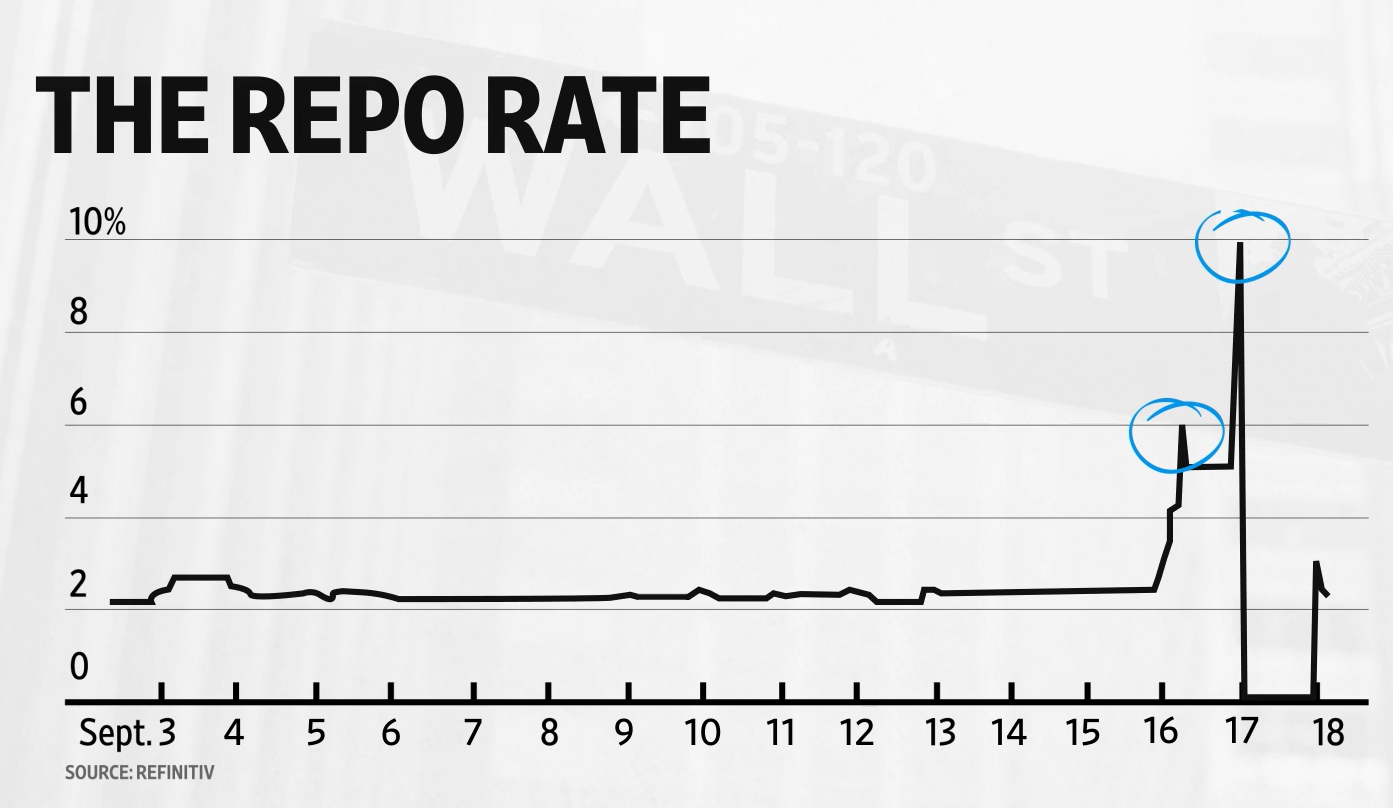 EXPLAINER- What is the repo rate and why does it matter? The repo rate is a fundamental node in the financial world, yet many don’t quite what it is and why it matters. Luckily, the Wall Street Journal (watch, runtime: 5:01) is on hand with a simple five-minute explainer. The repo rate is the interest rate charged on overnight borrowing between financial institutions, with treasuries acting as collateral. Why does it matter? It’s the oil that keeps the engines of money flow moving, as large financial institutions often need to resort to it to sustain operations. The implications of this system clogging would be catastrophic for the economy.

It’s importance was most recently highlighted last month, on 17 and 18 September, overnight lenders raised the repo rate significantly, freezing the system. Banks have placed the blame squarely on liquidity requirements placed on banks following the global financial crisis, as they were not allowed to dip into their reserves to lend out. They’ve used the issue to step up demands that the US Federal Reserve cut back on these regulations. The Fed’s solution? Injecting liquidity to the tune of USD 120 bn a day.