Egypt ranked near bottom of ‘Economy Drivers and Disrupters’ report 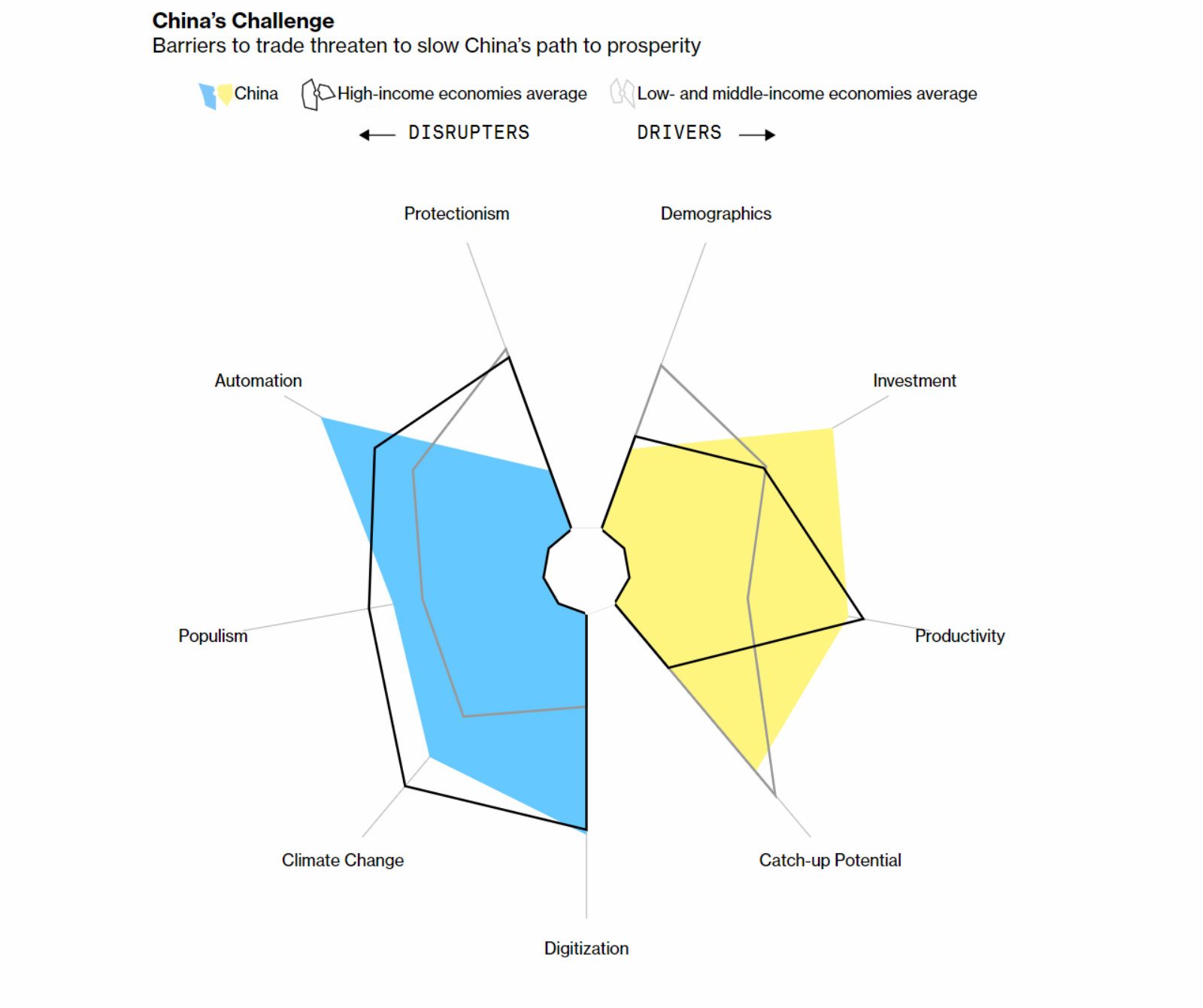 Egypt has work to do to better capitalize on its growth drivers: Egypt is not positioning itself to capitalize on the traditional drivers of development and harness disruptive forces, according to an overview of The New Economy Drivers and Disrupters report featured in Bloomberg. The report measures and ranks the performance of 114 countries in terms of their labor force, investment and productivity, as well as their adaptation to populism, protectionism, automation, digitization and climate change. The higher the country’s score, the better chances it has to develop, and the more prepared it is for disruptions. Egypt scores poorly for the ability to capitalize on economic drivers, with a low score of 33.5, and a ranking of 112 out of 114 economies. We fare somewhat better under exposure to disruptors, scoring 44.8 and achieving a ranking of 82.

Drivers and disruptors — breaking down Egypt’s score: When it comes to development drivers, Egypt scores highly under demographics (66.5) and catch-up potential (79.6), but doesn’t do well for investment (17.6) or productivity (25.7). We have taken steps to mitigate the fallout from global protectionism (scoring 56.4) and climate change (achieving a score of 54.5), but are seemingly not so well prepared to tackle the impacts of populism (34.5) or seize on the economic potential of digitization (34) or automation (which we don’t even get a score for).

At the regional level, we are trailing behind some of our peers. Tunisia, for example, is outperforming us quite significantly when it comes to investment and productivity, and is more able to mitigate the disruption from populism and climate change. Jordan exhibits a similar pattern, and while it underperforms a little in digitization compared to Egypt, it still exceeds us in catch-up potential. The UAE, meanwhile, is streets ahead of us when it comes to disruption preparedness, as well as in investment and productivity — although we do have the edge when it comes to demographics and catch-up potential. Both Morocco and Algeria outperform us quite significantly in areas including investment, productivity, automation (in Morocco’s case alone) and even preparedness for climate change.

The report has some big picture takeaways: Low and middle-income economies are particularly vulnerable to disruptions to the global economy, and the process of “catching up” (moving to high-income status) is getting harder for everyone. Rising protectionism is hampering access to global markets, while increasing populism impacts policy decisions. Climate change will affect everything from access to clean water to maintaining infrastructure. Automation and digitalization both offer chances for low-income economies to increase productivity and fast-track development — but they could also marginalize some jobseekers and increase the divide between rich and poor. Only economies with an early and ambitious response to these challenges stand a real chance of moving up the value chain, the report says.