We have a rather packed issue this morning as the Russia-Africa summit wrapped on Thursday and a flurry of economic analysis on Egypt hit the interwebs over the weekend.

Good news first: It looks like we’re not going to be taking up Abiy Ahmed on that war call. President Abdel Fattah El Sisi agreed with the Ethiopian prime minister to go back to the negotiating table over the Grand Ethiopian Renaissance Dam (GERD) during a sit-down in Sochi on Thursday.

Neutral: The EGP has continued to strengthen against the greenback, rising to the highest level since March 2017.

On a less welcome note: Domestic equities and bonds have not been doing great since last month’s protests. Investors, particularly foreign holders of government debt, have scaled back their bullish approach to Egypt over the past few weeks at the prospect of political unpredictability.

We have the rundown on all of the above in this morning’s Speed Round. 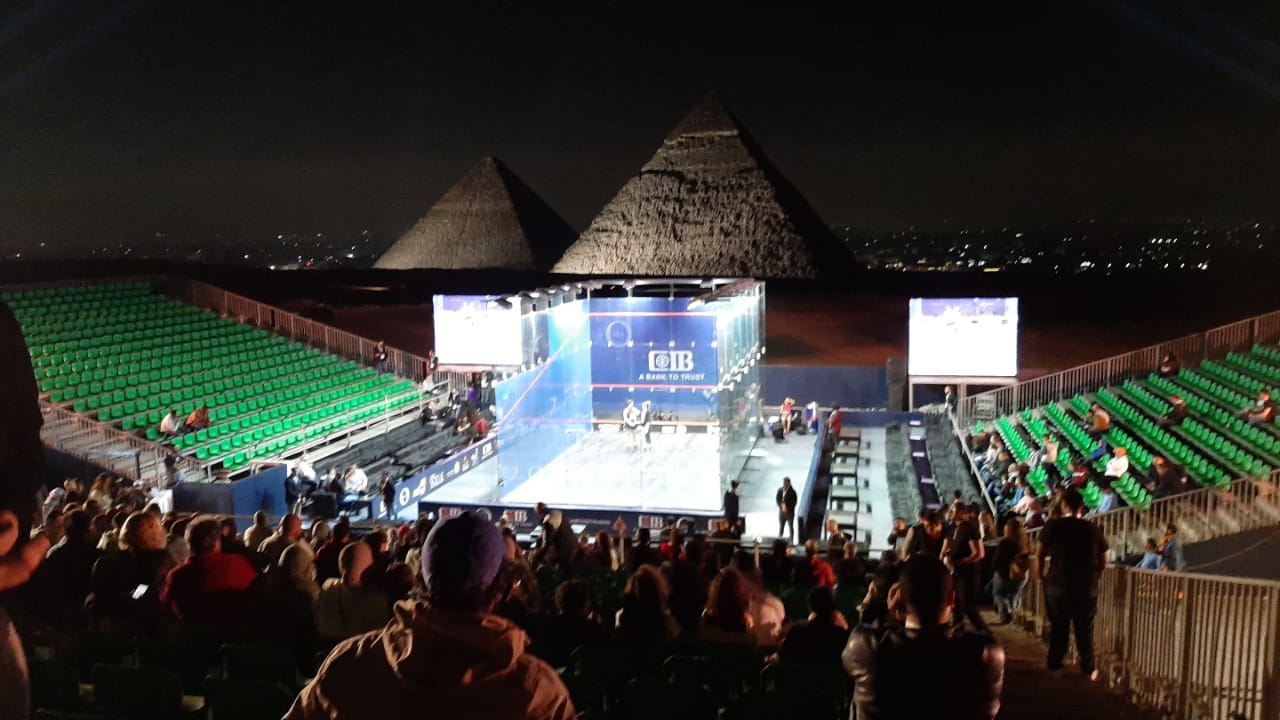 CIB kicked off the world’s biggest squash event at the Giza Pyramids on Thursday. The CIB PSA Women’s World Championship and the CIB Egyptian Squash Open Men’s Platinum, which are taking place simultaneously, bring together 64 women competitors and 48 men and run through Friday, 1 November.

Keep your fingers crossed for an all-Egyptian final — something not outside the realm of the possible given that squash is the one sport we absolutely dominate at the global level (as immodestly advertised all over Cairo International Airport in the run-up to the tournaments).

And join us in thanking our friends at CIB for having helped build Egyptian squash into a global powerhouse. Corporate backing can make a positive difference, and this is one of those cases in which it’s on display for the entire nation to see.

Egypt’s World No.2 Nour El Sherbini cruised past Hollie Naughton in three sets yesterday to enter the third round of the tournament. El Sherbini beat Naughton 13-11, 11-7 and 11-4 to keep her on course to retain her World Championship title.

German Foreign Minister Heiko Maas will arrive in Cairo tomorrow to discuss the situations in Syria and Libya with President Abdel Fattah El Sisi and Foreign Minister Sameh Shoukry, the German embassy in Cairo said in a statement.

King Tut’s multi-city exhibition is landing on Friday in London, where it will be on display at the Saatchi Gallery

Other dates to pencil into your agendas this week and next:

The Cairo International Film Festival will open on 20 November with Scorsese’s “The Irishman” (IMDb), which was selected as the Cairo International Film Festival’s (CIFF) opening title, the festival’s director Ahmed Hefzy said in a statement. The critically-acclaimed film sees Scorsese rekindle that classic Goodfellas feel, with oscar-winning legends Al Pacino, Robert de Niro and Joe Pesci bringing the fedoras, the Italian-American accents and the graphic violence. CIFF kicks off on 20 November.

Did Egypt really get hit by a ‘medicane’ over the weekend? A “Mediterranean tropical-like cyclone” (or ‘medicane,’ as some would have it) — a rare type of storm with tropical hurricane characteristics — hit Egypt and Israel over the weekend, according to CNN and the Washington Post. The UK Met Office says that these storms are a rarity at this end of the Med, particularly as the water temperatures are generally not warm enough to spawn a nontropical cyclone. But meteorologists says that climate change has pushed sea temperatures 1-3 degrees above average, and warn that this will likely become more common as they continue to rise. Egypt’s Meteorological Authority, meanwhile, says there’s “no way” for a tornado to form in the east Mediterranean.