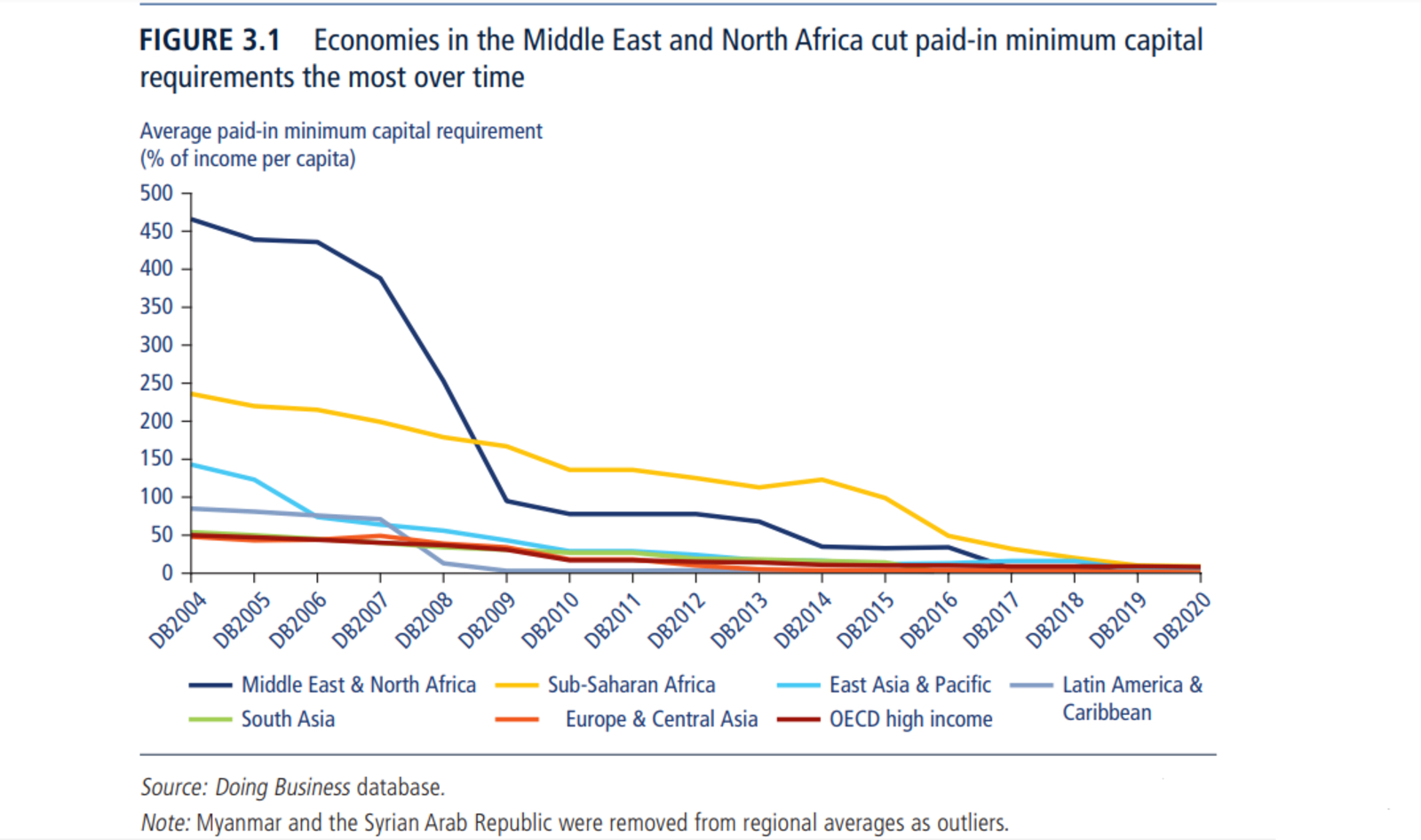 Egypt jumped six spots to rank 114th out of 190 countries in the World Bank Group’s 2020 Ease of Doing Business report (pdf), up from 120th last year. The country’s score rose to 60.1 from 58.56 and is among 42 countries to have implemented regulatory reforms that facilitated doing business in three or more of the 10 topics included in the report compared to last year. Egypt made changes in four key areas that improved our ranking:

How did we fare in comparison to others? New Zealand and Singapore once again landed in the top two spots of the global ranking, followed by Hong Kong, which rose one spot to edge out Denmark from third. Somalia retained its spot at the bottom of the chart, with its score actually falling slightly from last year’s report. The UAE remains the highest ranked MENA country, despite falling to the 16th spot from 11 last year. Saudi Arabia was also the most-improved economy this year, soaring to the 62nd spot from 92 last year.