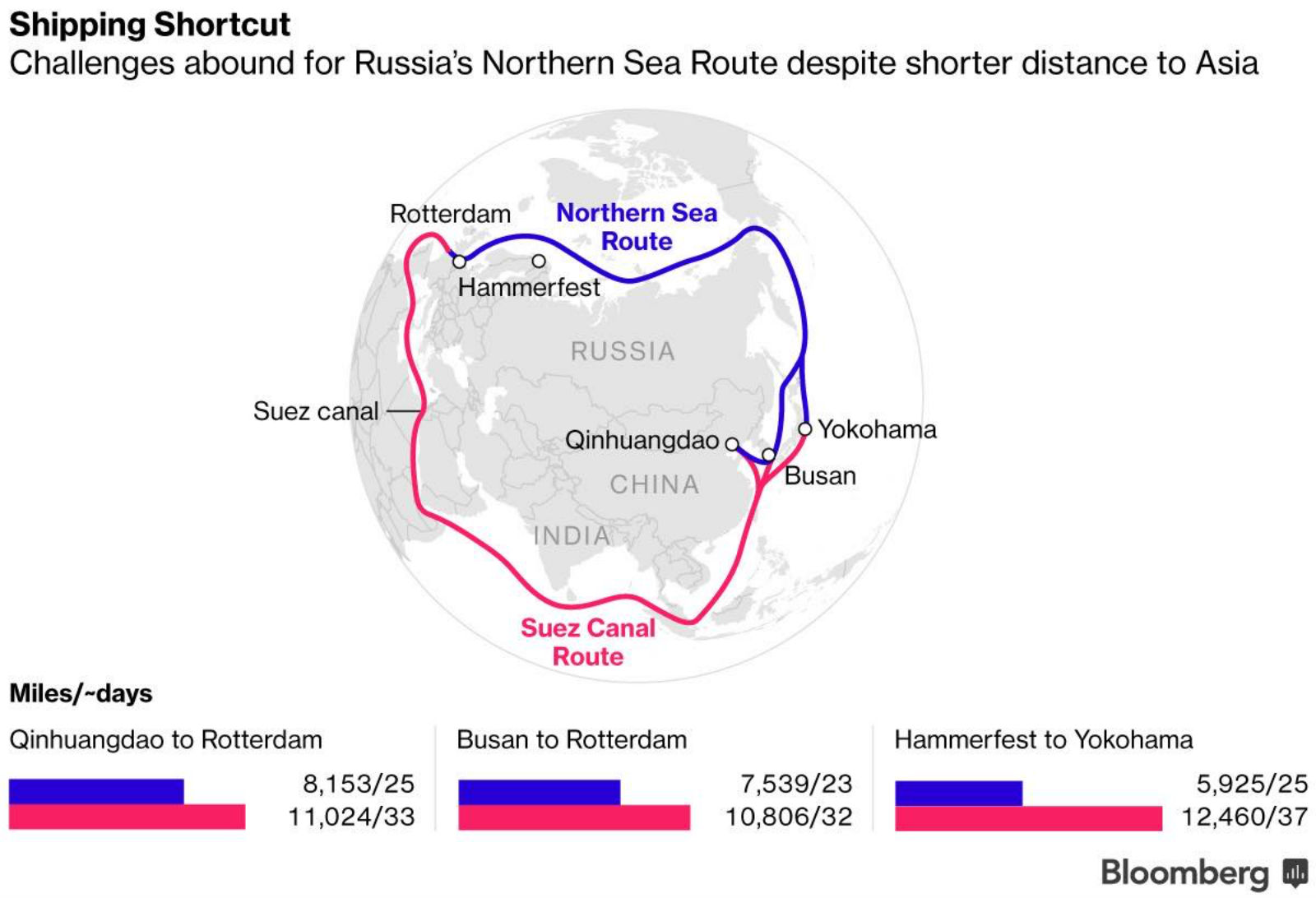 Suez Canal revenues could come under threat as Russia looks to expand Arctic shipping route: Russia plans to make cargo shipping through the Arctic Ocean more commercially attractive to shipping lines than the Suez Canal and could offer to cover the cost of risks in a bid to do just that, says Bloomberg. Projects to deliver liquified natural gas through the Arctic are already underway, but Russia’s Deputy Far East and Arctic Development Minister Alexander Krutikov said commercial route operators are not too fond of a twofold increase in their insurance bills and the idea of having to deploy icebreakers.

Russia’s Arctic Development Program: Moscow is determined to develop the Arctic into a year-round route by 2030, and President Vladimir Putin has made it a long-term strategic priority of his administration. According to Russian media reports, Krukitov’s ministry is working to set up a state-commissioned shipping operator. The operator would compensate commercial shippers for possible supply disruptions and the costly insurance associated with Arctic trips. It would also take over from feeder ships in European and Asian ports to move goods between Kamchatka in the far east of the country to Murmansk in the far west — a 3,000 nautical mile stretch known as the Northern Sea Route.

Why is it bad for us? The Arctic route beats us on speed: It’s as much as 3k nautical miles less to go over the Arctic route to ship between China and North America, for starters…

Commercial operations could start in as little as 10 years, the story suggests.

How is this all possible? Thank climate change. Arctic navigation is really possible today only between July and October and costs at around 40% more than taking goods via the Suez Canal.