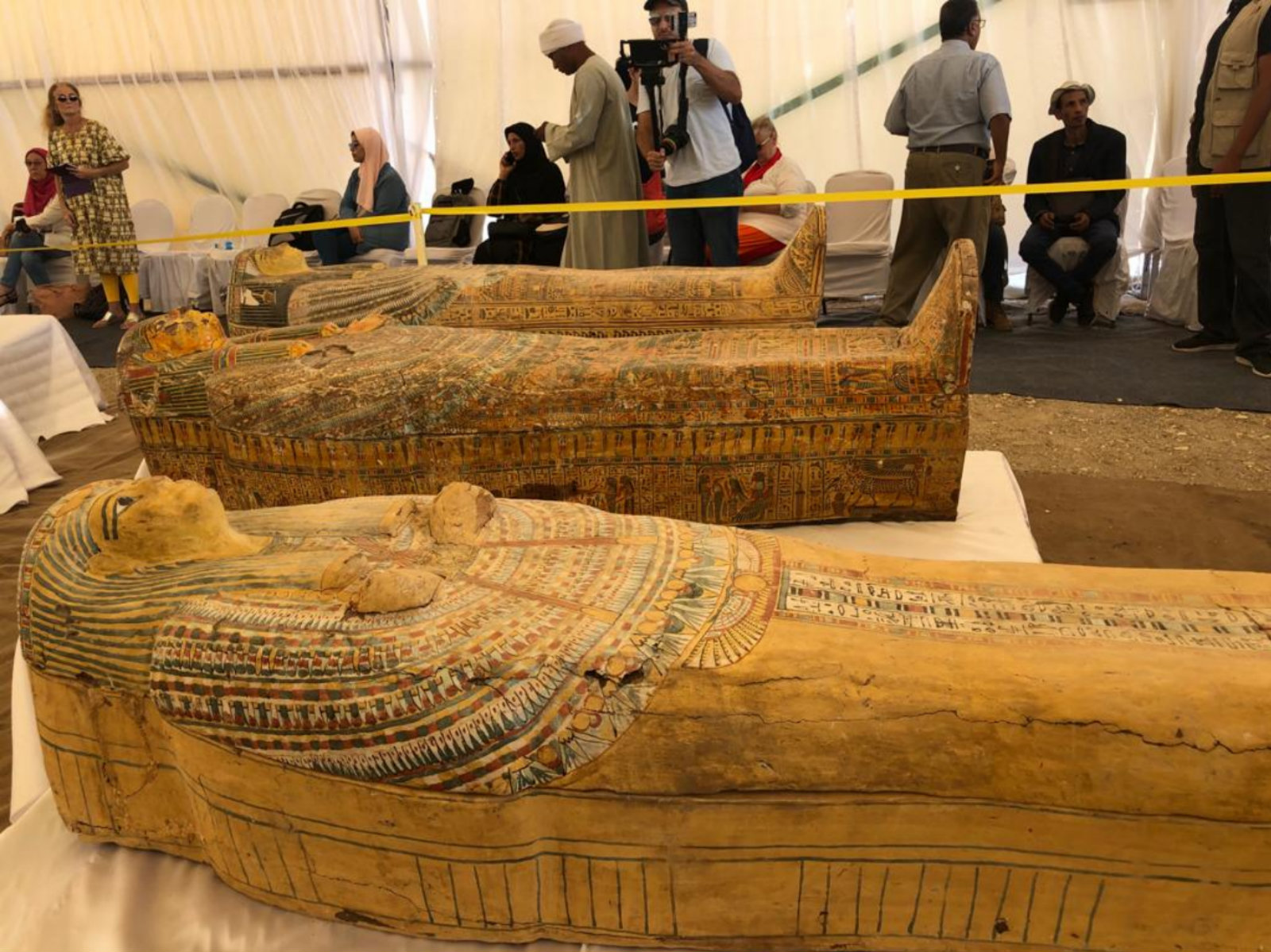 Leading the conversation in the foreign press this morning: Egyptian archaeologists have found the biggest trove of coffins since the 19th century in Luxor, the Antiquities Ministry said in a statement yesterday. The team found a “distinctive group of 30 colored wooden coffins for men, women and children” at the Al Asasif cemetery on the west bank of the Nile, it said. Reuters│Associated Press│ABC│Sky News│Xinhua│Deutsche Welle│RT│NBC│CBS│Daily Mail.

The recent wave of arrests is still getting attention, after the UN human rights office on Friday urged Egypt to release citizens who have been detained in connection with anti-government demonstrations last month. Reuters picked up the statement, which called on authorities to free journalist Esraa Abdel Fattah, blogger Alaa Abdel Fattah, and his lawyer Mohamed El Baqer. An editorial in the Washington Post claims that the detention of journalists and human rights advocates will strengthen the legitimacy of Islamist groups, while an opinion piece by Ezzedine Fishere argues that the combination of economic reforms and repression is increasing political volatility in the country.

The government on Friday released more than 100 people detained following the protests, the Egyptian Center for Economic and Social Rights said, according to the Associated Press.

Egypt has permanently stripped a pilot of his license after he allowed Egyptian actor and singer Mohamed Ramadan to fly a private plane during a flight to Saudi Arabia, the BBC reported. The New York Post and Sputnik also have the story.