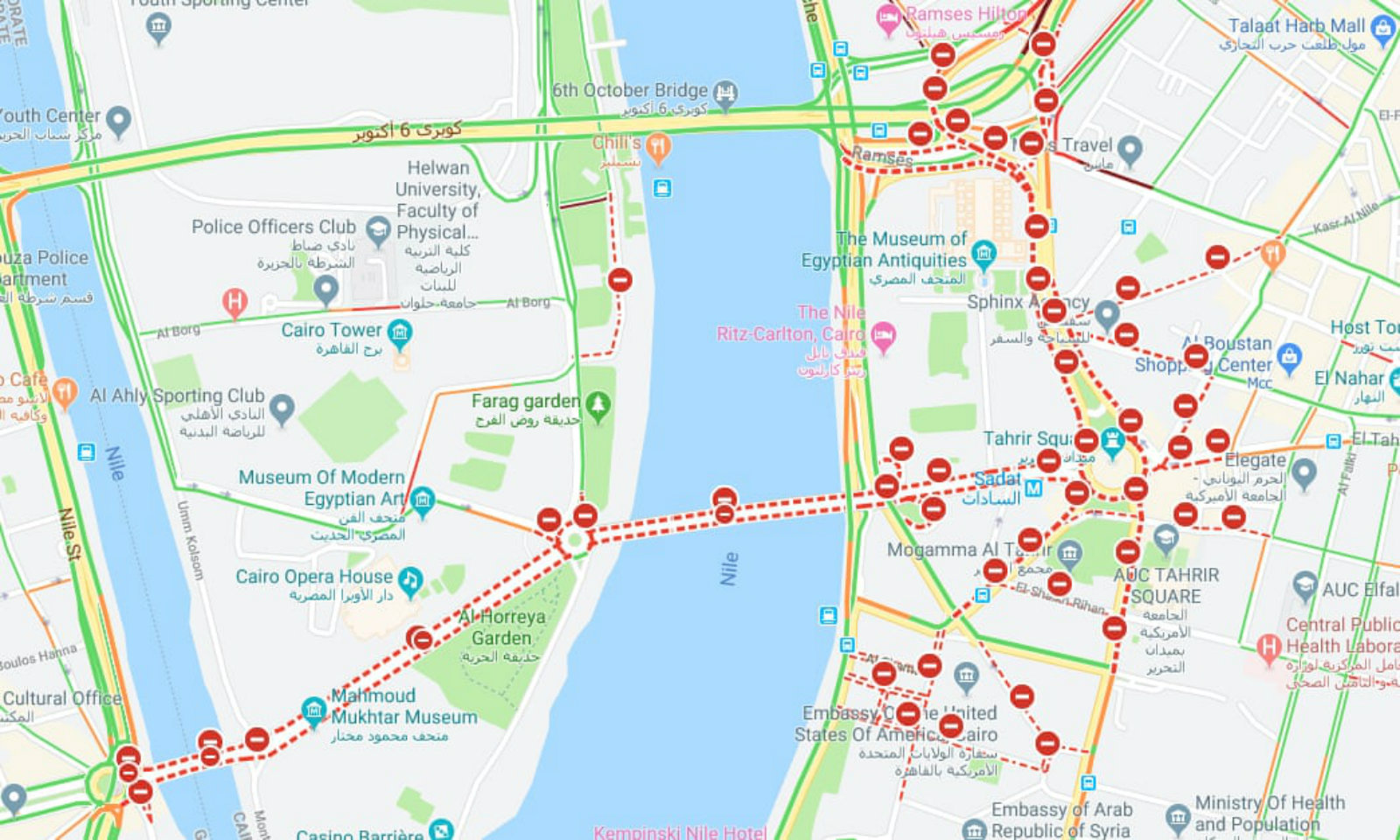 Huge security op delivers a quiet Friday nationwide: Small numbers of protesters attempted to gather in a handful of cities on Friday for a second round of protests but were thwarted by a massive government security operation, the Wall Street Journal reports. Security forces had much of central Cairo on lockdown, closing all streets leading to Tahrir Square as well as three metro stations, the Guardian reported. The only gathering of note appeared to be in Cairo’s Warraq, where hundreds chanted anti-government slogans but were soon dispersed by police. Attempted protests in Alexandria and Qena’s Qus were also shut down.

Thousands of government supporters staged a rally in Nasr City waving flags and carrying portraits of President Abdel Fattah. El Sisi. State-owned Delta Sugar Company said that it had bussed in employees to attend the rally, Reuters reported. Arab Contractors also said that it had urged workers to attend, according to the WSJ.

Around a thousand detained protesters have been questioned for their involvement in earlier demonstrations, Prosecutor General Hamada El Sawy said, according to Al Masry Al Youm. Large demonstrations and gatherings without Interior Ministry approval have been banned under the protest law since 2013. Human Rights Watch said on Friday that nearly 2,000 people had been arrested since the previous weekend’s protests, urging the government to practice restraint.

Foreign correspondents have been allowed to operate “without restrictions” to cover the demonstrations, the State Information Service said on Friday. The SIS also granted press permits to cover Friday’s events to all visiting correspondents, according to the statement, which had earlier reminded reporters to follow international best practices in their work.

International political actors add their two cents: The United Nations’ High Commissioner for Human Rights Michelle Bachelet issued a statement expressing “serious concerns” over the detentions and calling on Egyptian authorities to “respect the right to freedom of expression and peaceful assembly.” Egypt a short while later said it rejected Bachelet’s statement, describing it as “inaccurate” and arguing it was based on quick judgements and baseless conclusions. Across the pond, US House Foreign Affairs Committee Chairman Eliot Engel and committee member Michael McCaul said much of the same in a joint statement on Friday. Democratic presidential hopeful Bernie Sanders expressed support for protests and warned Egyptian authorities in a tweet that the “world is watching.” Fellow Democratic presidential candidate Elizabeth Warren urged the country to “stand with the protesters” in a tweet. This contrasts with US President Donald Trump, who last week extended his support to El Sisi during a meeting on the sidelines of the UN General Assembly, saying he was “not concerned” with the demonstrations.

The UK’s Foreign & Commonwealth Office updated its travel advice on Egypt to say that “there is currently a heightened risk of demonstrations in Cairo and other cities,” and advise its citizens to stay away from any marches “as the atmosphere could change quickly and without warning.” Both the US and Canadian embassies sent out notices to citizens on Thursday urging them to avoid potential protest areas.

What pundits had to say: A large number of pundits are questioning who is “behind” the protests, which came as a surprise to many. There is “very little or no indication” that the Ikhwan currently has the resources or organizational structure to incite the protests, despite their show of support on social media, David Butter, associate fellow at think tank Chatham House, tells Deutsche Welle. Butter says that economic grievances due to the economic reform program were “given some sort of coherence and direction” by Ali’s videos. Analyst HA Hellyer wrote for the Carnegie Endowment for International Peace that “substantial microeconomic improvements” for the average citizen are necessary to quell “economically motivated dissent.” Meanwhile, the New York Times’ Bret Stephens says that it is unlikely El Sisi will leave office, but urges the US government to ramp up pressure on Egypt to create “gradual political … reform” in exchange for the aid it provides to Egypt.