EMs need not worry too much about slower world growth, analyst says 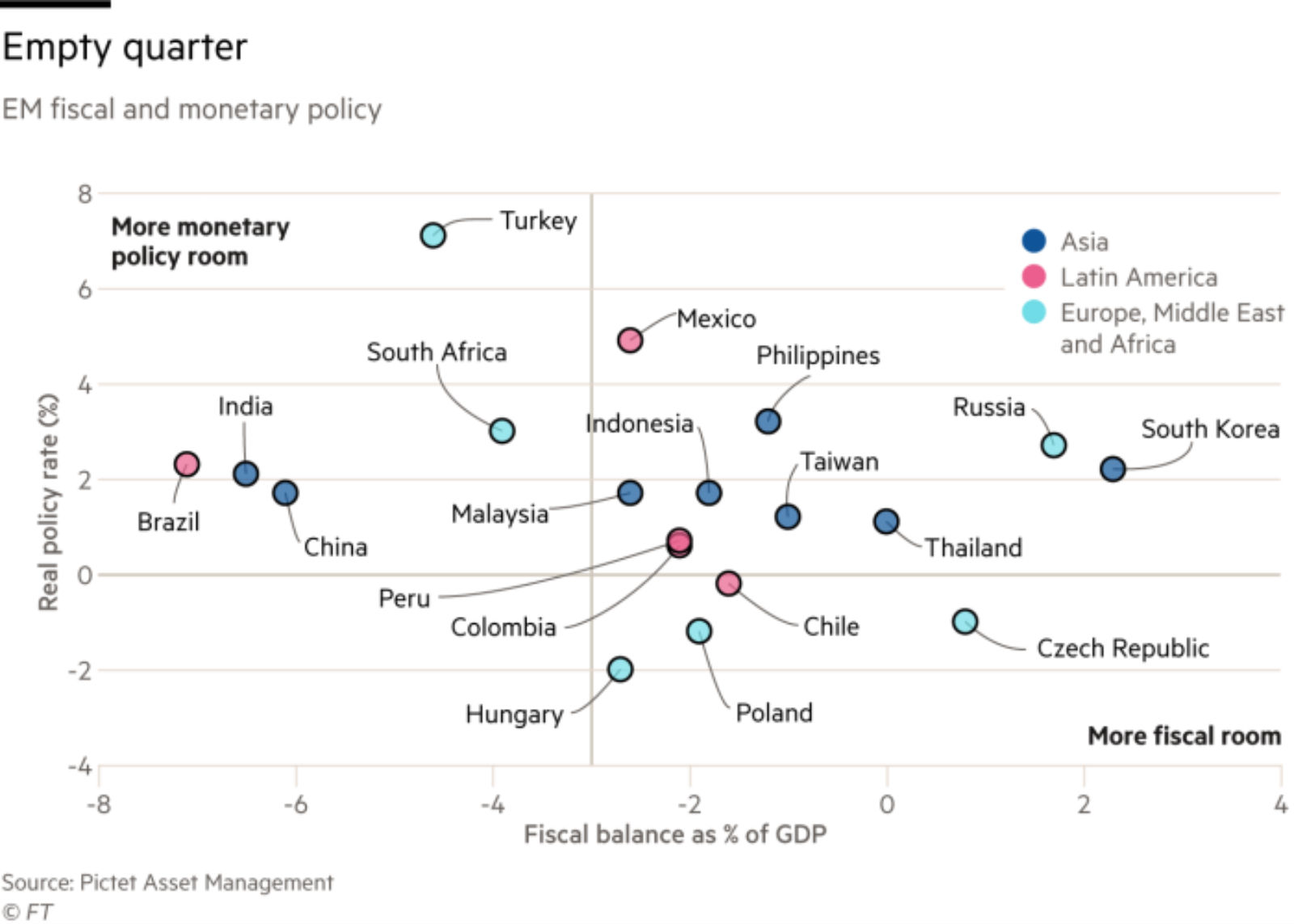 Are EMs in a better position than developed markets to withstand slower world growth? Positive real interest rates and smaller fiscal deficits are providing emerging market policymakers a range of policy tools with which to combat the global economic slowdown, argues the Financial Times (paywall). In a time where developed countries are running out of monetary policy tools to combat the slowdown, many EMs have more flexibility. “Lots of people are talking about whether [further] monetary policy [easing] is still an option for most developed markets and there is a lot of discussion about whether these countries should consider fiscal policy [instead],” Patrick Zweifel, chief economist at Pictet Asset Management, said. “This is a problem that emerging markets do not have, so they have much more room to counter the slowdown.”

What the optimist is saying: Emerging markets, unlike their developed counterparts, are not grappling with already-low, and often negative, real and nominal interest rates and large fiscal deficits, argues Zweifel. His firm’s analysis of 19 major EMs (not including Egypt) showed that the countries sometimes had both positive real interest rates and almost negligible fiscal deficits — giving them the ability to use both monetary loosening and fiscal stimuli — a privilege far less common among developed economies. Most of those countries, excluding the infamous examples of Turkey and Argentina, can cut rates without it taking a heavy toll on their currencies. The 19 economies studied are also possess average budget deficits of 1.9% of GDP, “the joint-lowest level since 2009.”

The counterpoint: Senior EM strategist at NN Investment Partners, Maarten-Jan Bakkum, meanwhile, argues that “most developing countries could only ease monetary policy if cross-border financial flows were strong.” This is pretty much dictated by future US Fed interest rate decisions, not by internal factors. “[EM] central banks have been cutting rates since the beginning of this year mainly because of Fed expectations moving towards more easing,” he said. “That theme can go further but it’s not a given and it’s not something determined endogenously in EMs, it’s exogenous.”