EGX has worst day since 2016 after weekend protests 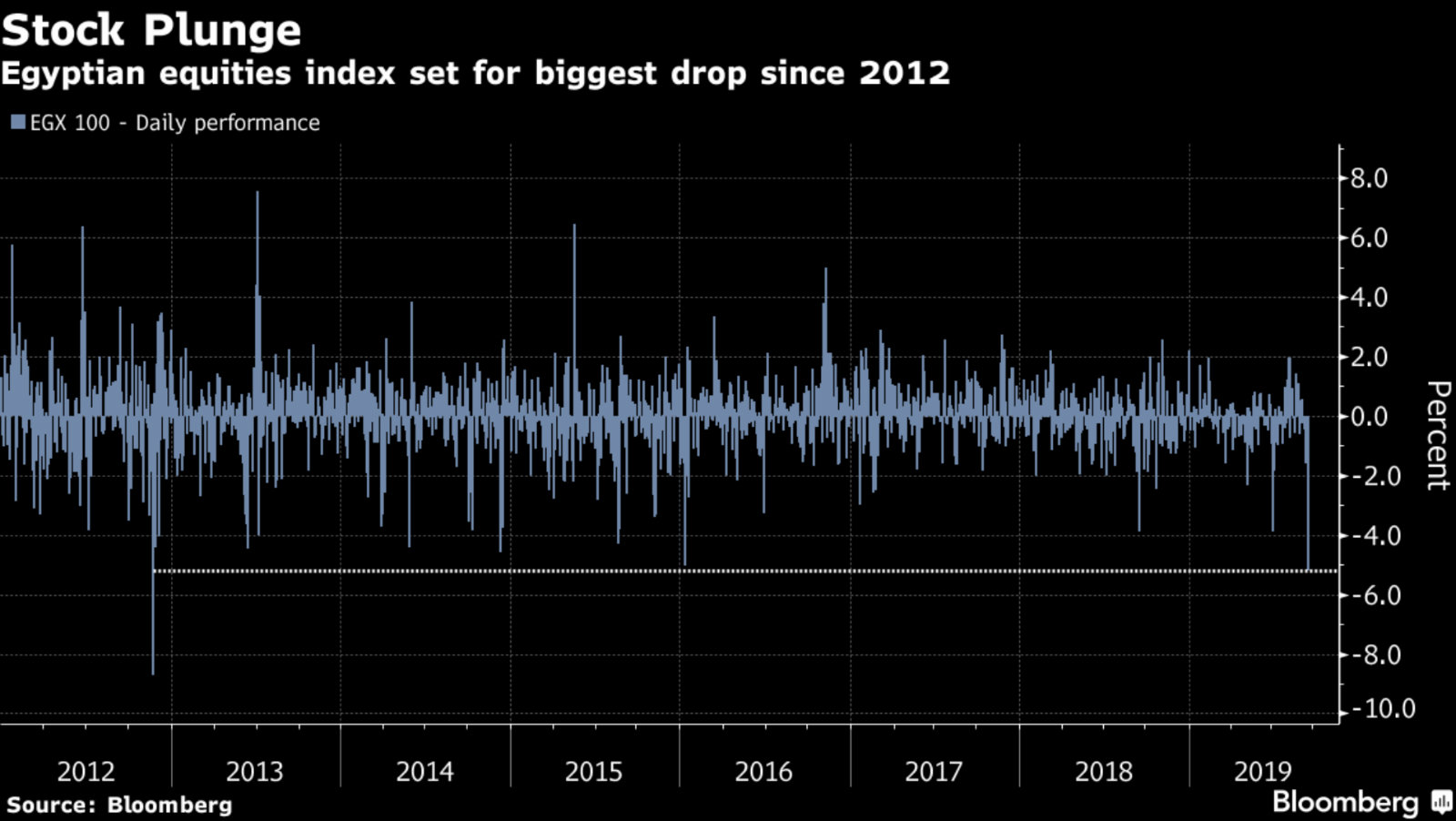 The EGX turned in its worst showing since 2016 yesterday as investors dumped shares following two nights of protests in Egyptian cities. The benchmark EGX30 index fell 5.32%, while the wider EGX100 closed down nearly 5.7%, its worst single-day decline since 2012. Chemical, real estate, and basic materials companies were especially hard hit, but dairy foods player Juhayna was the worst-hit on the EGX30, plunging 9.7%. Trading was halted for half an hour at 12:45 CLT after the market 5%, the first time circuit breakers were triggered since the float of the EGP in November 2016.

Analysts point to protests: The breakout of protests in a number of cities over the weekend weighed on investors, who are keeping an eye on the potential for escalation, analysts said yesterday. “It is definitely due to the small escalation over the weekend, which is making investors cautious,” Ashraf Akhnouk, director at Arqaam Capital, told Reuters, adding that most of the sellers were local and Arab investors. Arun Leslie John, chief market analyst at Century Financial in Dubai, told Bloomberg that the protests have generated uncertainty that has investors “rushing for the exit.” Hundreds of people protested against the government in Cairo, Alexandria, Mansoura, Mahalla, and Suez over the weekend, leading to dozens of arrests.