It’s interest rate week: The Central Bank of Egypt’s Monetary Policy Committee is set to meet this Thursday, 26 September, to review key interest rates. Nearly all of the economists surveyed in our interest rate poll (which you’ll find in this morning’s Speed Round, below) agree that the central bank could move ahead with more monetary easing, taking comfort from unexpectedly low August inflation figures.

A rate cut would be in line with the wider policy stance across emerging markets, with the appetite for monetary easing seeming on the march in Russia, Brazil, China, and the Czech Republic. And that’s to say nothing of the US Federal Reserve and European Central Bank’s back-to-back rate cuts…

President Abdel Fattah El Sisi landed yesterday in New York City, where he is set to attend high-level meetings at the United Nations General Assembly, according to an Ittihadiya statement. The meetings and general assembly debate get underway on Tuesday and run until next Monday, 30 September. You can check out the full schedule of events set to take place over in the Big Apple here.

Glossing over oil facility attacks, Aramco hires IPO bookrunners: Saudi Aramco has reportedly tapped UBS Group and Deutsche to act as bookrunners for its upcoming IPO, Reuters reports, citing two unnamed sources with knowledge of the matter. Bloomberg separately reported that the state-owned oil giant is also enlisting Barclays and BNP Paribas to hawk shares. The move is seen as a sign that the company is pushing ahead with the IPO despite recent drone attacks on two of its facilities, which hit 50% of its production and disrupted around 5% of the global oil supply.

Wealthy Saudis are being pressured by the government to take anchor positions in Aramco as it prepares to go public, the FT reports. Four sources with knowledge of the talks spoke of a plan to “strong-arm,” “coerce” and “bully” rich families to buy into the company, many of which had members imprisoned at the Riyadh Ritz-Carlton in 2017.

But tourism in the kingdom will soon be possible: Saudi Arabia will announce the launch of electronic tourist visas on 27 September, according to the FT. Muslim pilgrims can get permission to visit Saudi Arabia for Hajj, but currently only citizens of Bahrain, Kuwait, Oman, and the UAE can travel freely to the country for tourism.

Former Tunisian leader Zine El Abidine Ben Ali has died in exile at the age of 83 after battling prostate cancer for years, according to the Guardian. Ben Ali ruled Tunisia for 23 years before being deposed in 2011. He was convicted by a Tunisian court on multiple counts in absentia in 2011, having fled to Saudi Arabia following his resignation. His lawyer said that his body will be transferred to Mecca, pending the family’s decision on burial arrangements.

WeWork is a highly problematic organization that still has a future — despite what critics may say, writes Philip Delves Broughton, author of “What They Teach You at Harvard Business School,” in the Financial Times. With the company delaying its IPO and the news that its USD 47 bn valuation has now reportedly shrunk to around USD 15 bn, it may be tempting to count it as down and out. It also has a — to put it mildly — highly unorthodox working culture, where it spends almost twice what it makes in annual revenue and talks about “elevating the world’s consciousness” and “operationalizing love.” But the company has 834 locations either open or soon to open in 126 cities around the world, its revenue in 2018 was USD 1.9 bn and it has over 12k employees, meaning that it can’t be written off just yet. 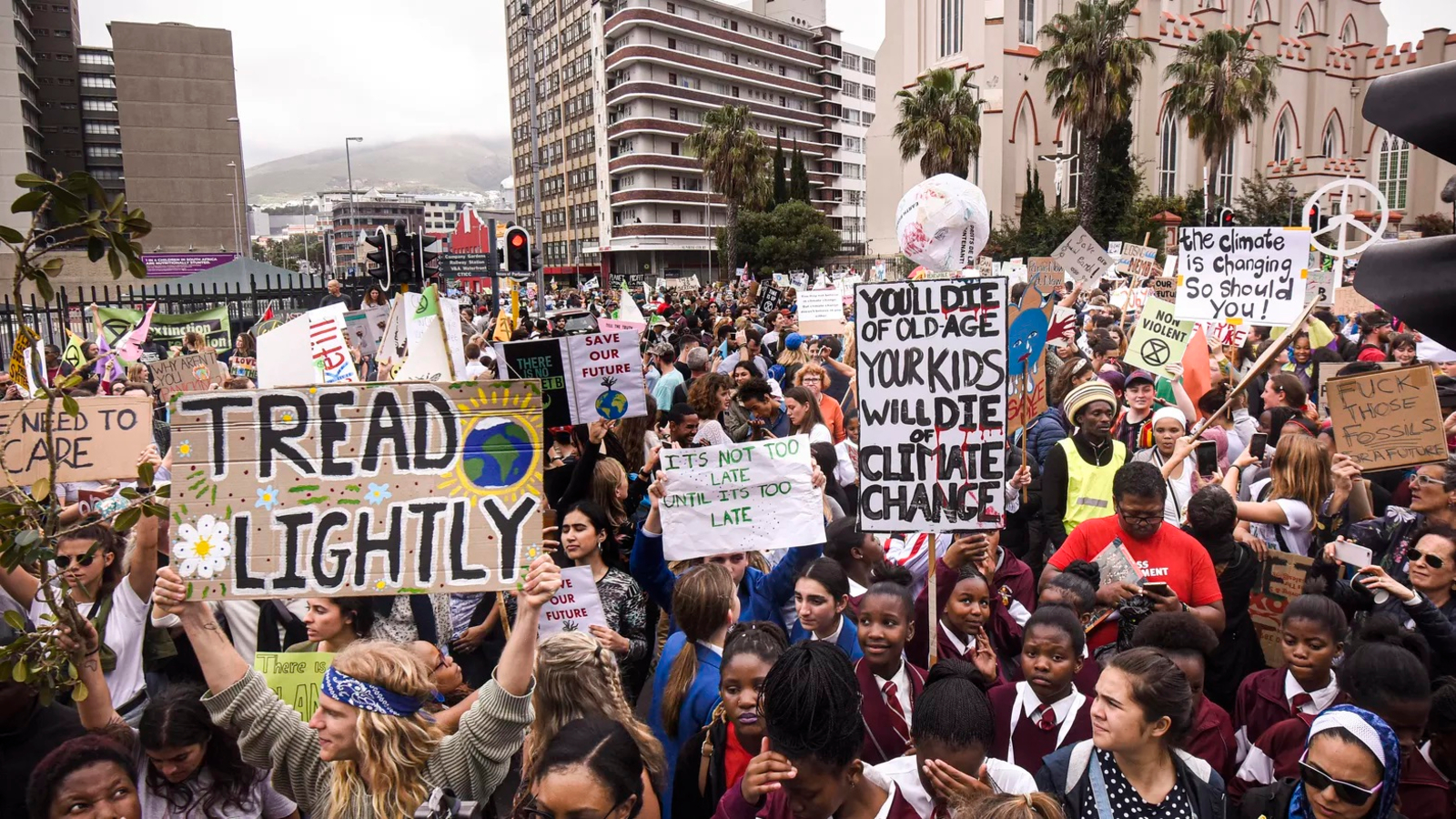 Friday’s Global Climate Strikes,inspired by 16-year-old climate activist Greta Thunberg, may well be the largest mass protest for action on global warming in history, Vox reports. With over 2,500 events having been scheduled to take place in over 163 countries, activists suggest more than 4 mn people around the world turned out to call for political and economic change to reduce the environmental impact of global emissions.

In other global miscellany:

It doesn’t get more 1984 than this — it’s not enough they’re taking your private data from your phone, tech giants are using your Smart TV: Smart TVs are sending sensitive user data to companies including Netflix, Google and Facebook, according to the Financial Times. The companies receive, at the very least, information about the device people are using, their locations, and possibly even when they are interacting with it, which means they can tell when you’re home and when you’re not. Google defended the move, saying, “smart TV app developers can use Google’s ad services to show ads against their content or measure the performance of ads.” Facebook argued that its common for data to be transmitted, and that, “this could, for example, include an app sending data to Facebook to create a login interface, or provide a Like button.” Finally Netflix lent its two cents saying that information Netflix received depends on how Netflix performs and appears on screen, “We do not receive any information about other applications or activity on smart TVs.”