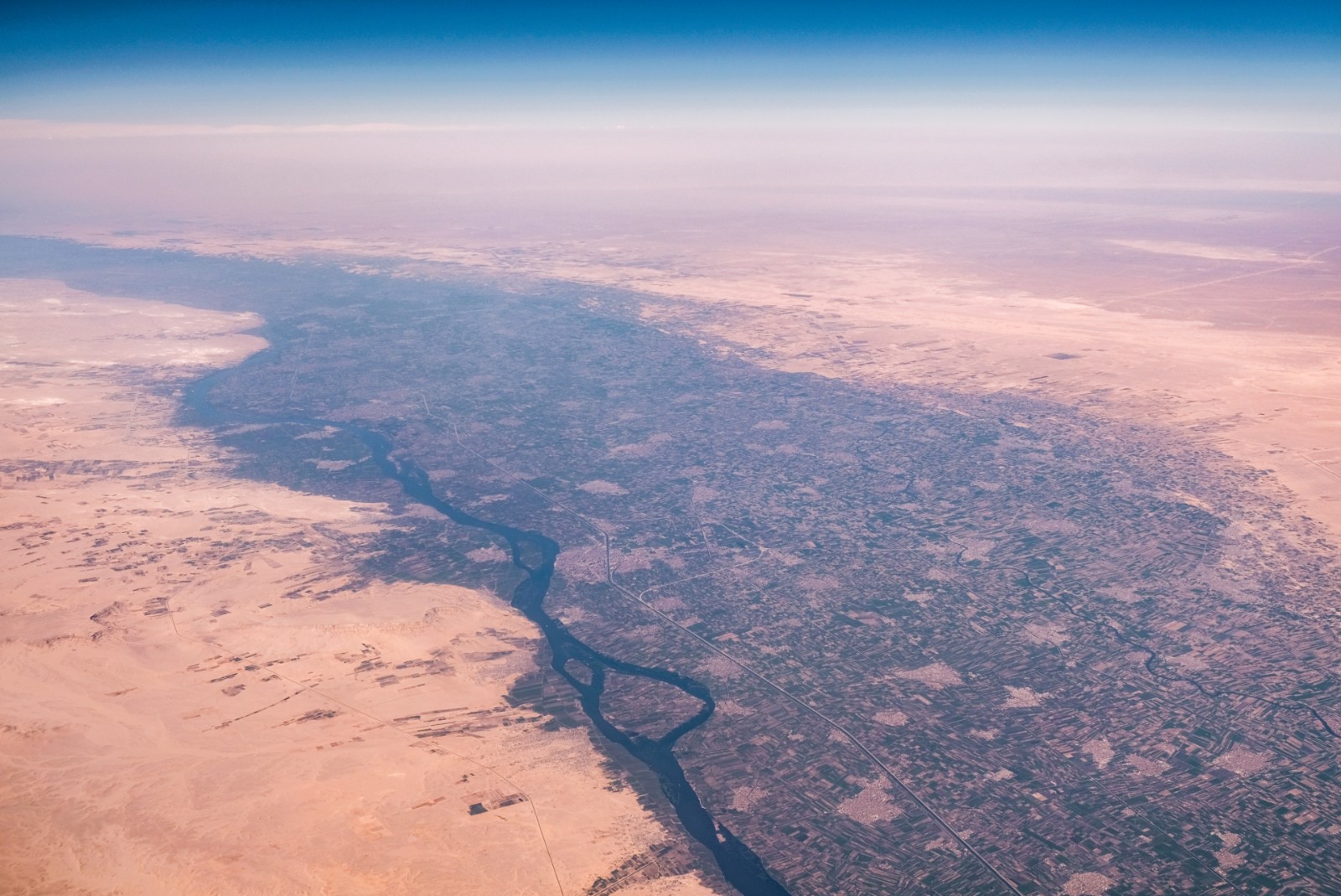 THIRST WATCH- Flows from the Nile into Egypt could drop by as much as 25% in the next 15 years, a new study by Dartmouth College researchers suggests. The study, published in late August, throws into sharp relief the scale and impact of impending water shortages, driven by climate change and population growth. Egypt gets about 85% of its water from the Nile, and experts were already anticipating a nationwide shortage of fresh water by 2025. Climate change is set to make the river’s flow 50% more variable. By 2030, the flow of the Nile will regularly fail to meet demand, and the 20-40% of the region’s population that depends on it will face shortages, even during “normal years,” the Dartmouth study suggests. Meanwhile, hotter, drier years are set to become more commonplace, perhaps rising by a factor of 1.5 to 3 by the late 21st century, even if global warming is limited to an average of 2°C. Water reductions of 2% in Egypt would result in the loss of 200,000 acres of land and the effect of that would leave 1 mn people jobless, Irrigation Minister Mohamed Abdel Aty told the BBC last year.

Is it a wonder Egypt has been lashing out this week at stalled GERD talks? And this is without even taking into account the potential impact of the Grand Ethiopian Renaissance Dam (GERD), writes Zoë Schlanger for Quartz. She notes that all the problems Egypt is facing, while primarily the results of climate change, will only be exacerbated by GERD. It should come then as no surprise that the Foreign Ministry has been ratcheting up the rhetoric after Ethiopia rejected last month Egypt’s proposal for the timeline of filling the dam’s reservoir. This most recent dispute is being noted in the foreign press, including in Asharq Al-Awsat.

…Cue Sudan: Sudan’s newly appointed Prime Minister Abdalla Hamdok arrived in Egypt yesterday and met President Abdel Fattah El Sisi and Prime Minister Mostafa Madbouly, according to an Ittihadiya statement. While the statement focuses on strengthening bilateral ties, without providing specifics, we imagine that the meetings looked to the issue of GERD, as Egypt naturally wants an ally in coming trilateral talks. Hamdok and the accompanying Sudanese foreign affairs and finance ministers also discussed the Egypt-Sudan power interconnection project, and cooperation on national projects and medical aid in a separate sit down with Madbouly and Egypt’s finance, foreign, and electricity ministers, according to a cabinet statement. The statement doesn’t note that GERD was among the topics touched on during the meeting.