It’s another accidental energy issue today, as energy-related headlines dominated the news at the end of last week and over the weekend. US Deputy Energy Secretary Dan Brouillette was in town last Thursday to launch the US-Egypt Strategic Energy Dialogue with Oil Minister Tarek El Molla and the head of the Electricity Holding Company Gaber El Dessouky. Brouillette unveiled details of the initiative, and discussed regional energy issues and Egypt’s role in the East Mediterranean with a handful of reporters, including Enterprise. We have details of the announcement and the roundtable discussion in this morning’s Speed Round below.

Brouillette’s stop follows his participation in the Abu Dhabi World Energy Congress, where a number of Egypt-related announcements were made. These include details on the sale of Dana Gas’ Egypt assets revealed by CEO Patrick Allman-Ward, which we dissect in the Speed Round. Oil Minister Tarek El Molla met up with Eni CEO Claudio Descalzi at the conference, where he reiterated the company’s desire to expand its investment in Egypt, the Oil Ministry said in a statement. The pair discussed Eni kicking the tires on exploration, marketing and distribution projects in Egypt. El Molla also met with representatives from ADNOC, who are interested in getting into selling car lubricants in Egypt, and representatives from Emirates National Oil Company to discuss supply airplane fuel. He also met with Schlumberger CEO Olivier Le Peuch to talk progress on establishing a database to market Egypt’s energy resources.

Look for energy to continue to dominate headlines as the Red Sea oil and gas exploration tender ends today, with bids from major oil producers expected to be announced later. Shell, ExxonMobil, Statoil, Dragon Oil, Russian Rosneft and Total have all reportedly bidding for 10 oil and gas exploration blocks off the Red Sea coast under a new production sharing contract, which were tendered back in March by the South Valley Egyptian Petroleum Holding Company (Ganope), sources told Egypt Today on Thursday.

That doesn’t mean interest rates have taken a backseat as reactions toEgypt’s annual headline inflation rate falling to 7.5% — its lowest level since January 2013 — continue to raise optimism that the central bank’s Monetary Policy Committee will cut rates when it meets on Thursday, 27 September. Beltone Financial is banking that low inflation figures will leave room for another 50-100 bps cut in interest rates. “We reiterate our view that muted inflationary pressures coupled with the solid macro stance will allow for continued easing cycle this time,” the firm said in a research note last week. The CBE last month cut rates by 150 bps, bringing the overnight deposit and lending rates to 14.25% and 15.25%, respectively. 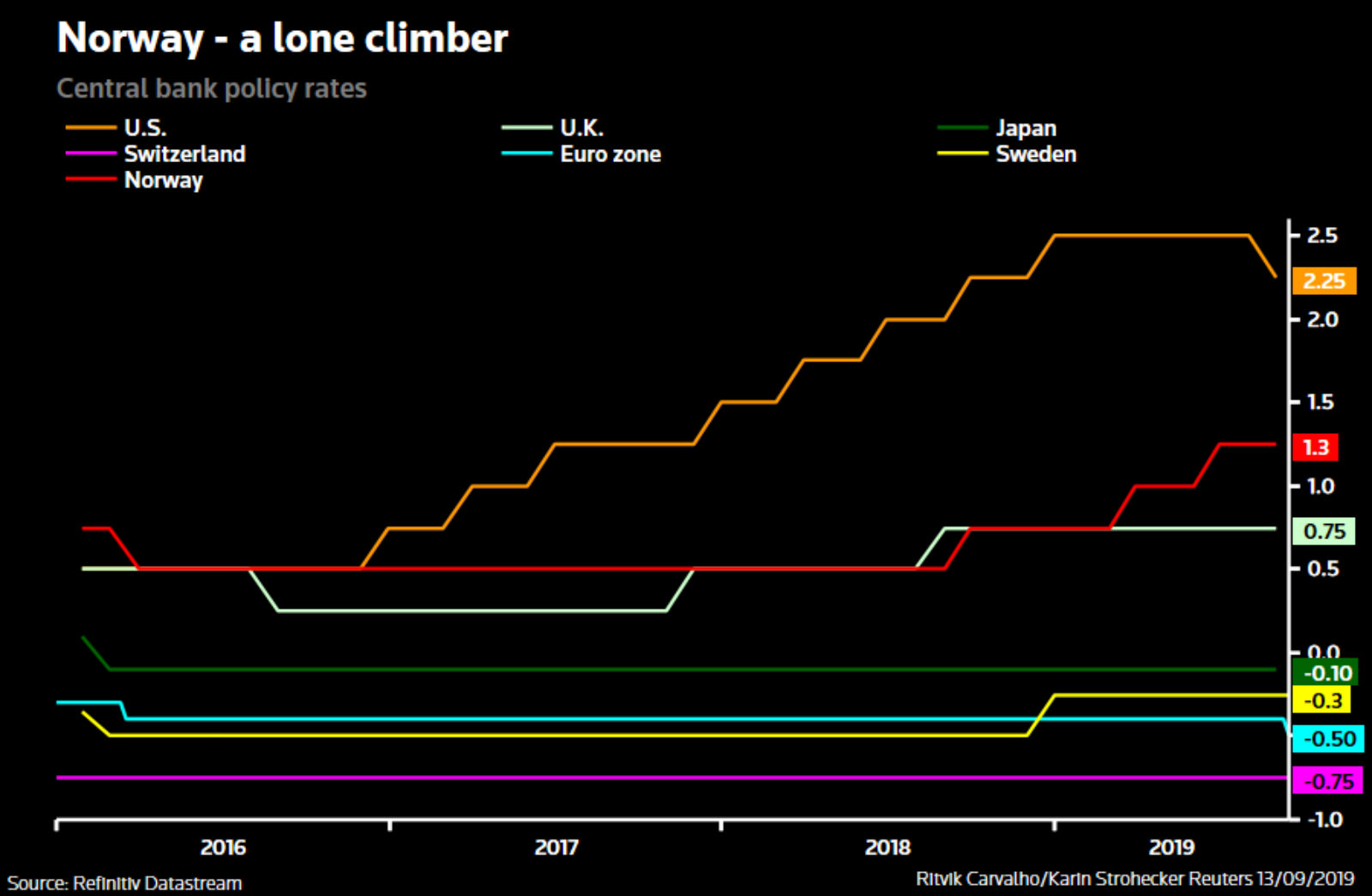 ECB rate cut raises hopes of global monetary easing: We expect the European Central Bank’s (ECB) move last Thursday to cut interest rates by 10 bps to -0.50% will raise hopes further that the CBE will have room to cut rates. The ECB also announced a stimulus package which will see it buy EUR 20 bn of debt per month as long as needed, starting in November. The announcement has strengthened projections that the US Federal Reserve Open Market Committee will cut interest rates when it meets this Tuesday and Wednesday, 17-18 September. With the US-China trade war escalating, equity investors are hoping for support from the Fed and are wondering “how much further the Fed will go” this time, says Reuters. Turkey’s central bank cut rates before the weekend beyond what was projected, while other central banks, including the Bank of Japan signaling rate cuts, according to Reuters.

The trend is already helping emerging markets: The ECB’s announcement appears to have given investors the boost of confidence needed to invest in emerging markets assets, with Bloomberg reporting that EM currencies have posted their longest streak of gains since January, while emerging market ETFs have seen inflows for the second straight week last week. The MSCI Emerging Markets equities index, fell 5% during August.

Beyond a monetary easing reprieve, emerging markets are also getting a helping hand from an ebb in US-China trade tensions. Donald Trump is reportedly considering removing or reducing some tariffs on Chinese imports, in a bid to ease tensions with Beijing, the Financial Times reports. Sources stated that US officials were seriously considering dialing back the most recent tariffs, effective 1 September, that hit USD 112 bn of additional products, as well as delaying further planned tariffs.

China, meanwhile, made its own goodwill gesture last week by saying it would cancel additional tariffs on imports of soya beans and pork that it intends to purchase from the US.

That may be little solace to the hedge funds who suffered last month from an EM sell-off,which was exacerbated by renewed trade tensions between the US and China. Among the losers highlighted by the FT: Robert Citrone’s Discovery Capital Management, which lost 7.6% in August, and London-based emerging markets specialist Pharo Management, whose Gaia fund lost 5.5% this year.

LSE rejects Hong Kong exchange takeover bid: The London Stock Exchange rejected on Friday a potential acquisition offer by the Hong Kong Exchanges and Clearing (HKEX) last week, stating that the latter’s offer of GBP 31.6 bn was “unattractive.” In a letter to HKEX, the LSE dished some share, stating that it preferred to work with the Shanghai Stock Exchange, and questioning the “sustainability of HKEX’s position as a strategic gateway in the longer term.” The LSE also said that it is committed to buying financial-information and terminal company Refinitiv Holdings. Shares in the LSE rose 2% on Friday following the announcement of the letter, according to the Wall Street Journal (paywall).

Houthi drones hit two Saudi Aramco oil processing plants yesterday,resulting in a temporary suspension of operations, the Saudi Press Agency said in a statement. The attacks resulted in the interruption of an estimated 5.7 mn barrels of crude oil, 50% of the company’s production, and reduced the supply of ethane and natural gas liquids by some 50%. One of the targeted facilities, the Abqaiq was often described by Aramco as “the world’s largest,” according to the Associated Press.

Other global headlines worth noting in brief:

Egyptian adventurer to swim 900 km to raise plastic waste awareness: Omar El Galla aims to make history as the first person to swim the 900 km length of Egypt’s Red Sea coastline from Suez to Shalateen. He believes the feat would take around 90 days if he swims around 12-13 km daily, according to Egyptian Streets. Partnering up with environmental initiative ‘if,’ the objective of his 90-day adventure is to raise awareness about the plastic waste crisis polluting the oceans and harming marine life everywhere. Omar El Galla first came to prominence by cycling a total of 6,500 km around Egypt in 65 days.

PSA- Cairo is finally cooling off: Daytime temperatures in the capital are expected to peak at 33°C throughout the week and hover around 23°C at night time, our favorite weather app tells us. It seems our summer days are numbered, with precisely eight days to go until the end-of-summer equinox.